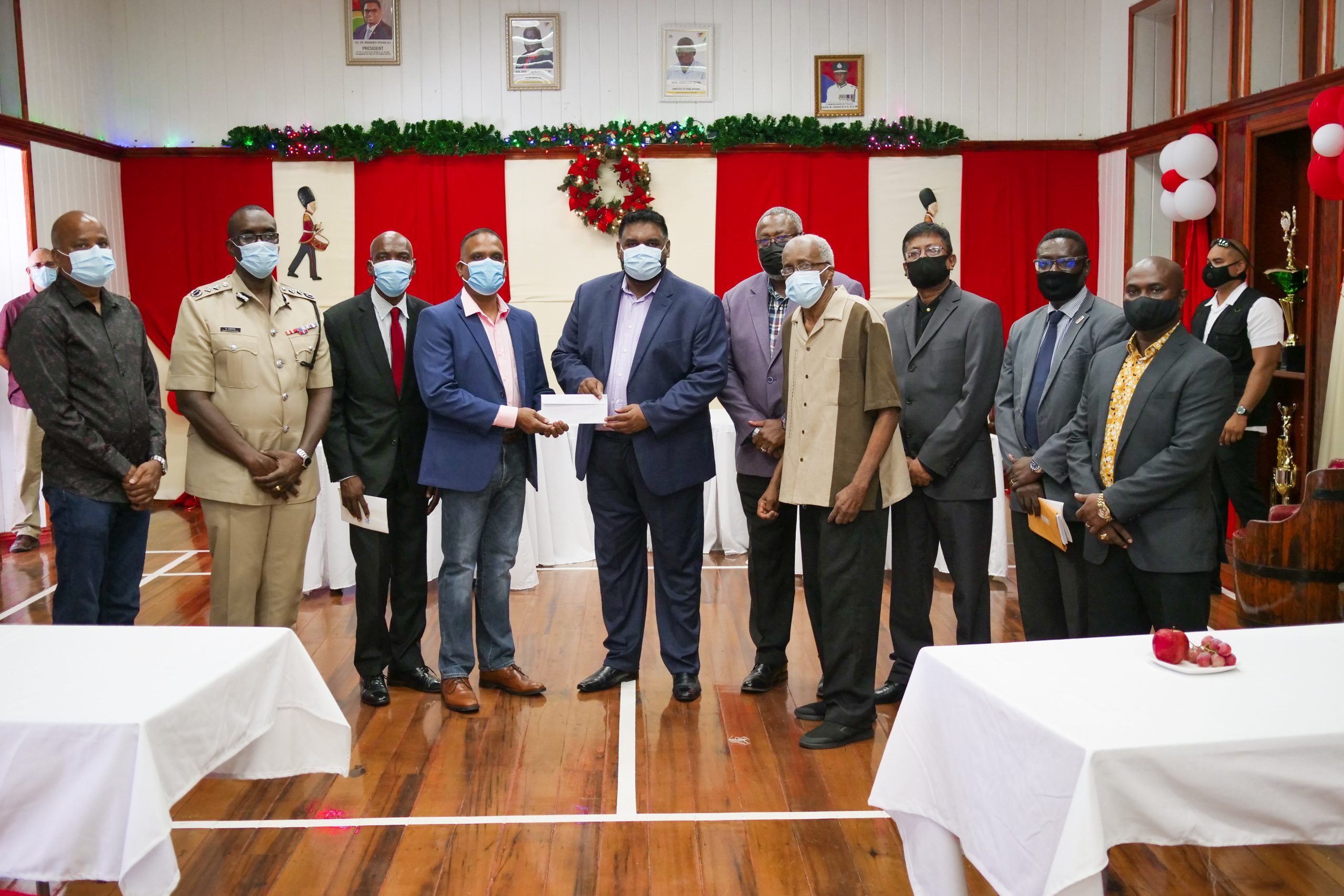 The Head of State announced the contribution, while empathising with the families gathered.

“It is always going to be a painful exercise reflecting on those Guyanese who gave the ultimate in service to their country, which is their life. There is nothing that we can do or say that will replace that ultimate sacrifice, the only thing we can do is in faith and through prayers to ask that they inherit a greater and larger life for the sacrifice they made on this earthly journey.”

The President pointed out that in public service many forget that those who serve come from families and have children and loved ones.

He explained that officers in the Guyana Police Force would still leave home every morning not knowing what the challenge will be for that day.

He added that they leave knowing only that they are going out to represent the honour and dignity of the uniform they wear and to fulfill their oath of office. More importantly, he said their families are aware of the dangers and still support their efforts.

“When these sacrifices are made it is not only for the officer that  leaves home, it is for the families who share their love, it is for the mother, the wife, the children, the grandparents who share their loved ones with the rest of society and the country in service. In my estimation, you too are part of the heroic effort, you too should be celebrated because you too as a family gave to the country.”

While the President acknowledged that no amount of platitudes and expressions of gratitude would ever be enough, he announced that the Government will do its best to ensure that the educational needs of the children of Guyana’s fallen heroes are taken care of.

“So today it is my honour and privilege to be here. I heard that you have 18 children from the families, we have to ensure that nothing denies these 18 children any level of education, if you have any of them who would have to move on to University, please let us know so that the Government can help them through University. If you have any of them who will be writing the Common Entrance examination and they need specific help, please let us know. Today I want to assure you that your country has not forgotten you.”

The Head of State also used the opportunity to recognise the members of the foundation for their efforts in ensuring that the families of those that gave their lives in sacrifice for the country are taken care of and that the memories of the heroes are honoured.

President Ali also asked that the families reflect positively on the fact that they have given to the country in a big and meaningful way. He encouraged them to continue to be safe and reminded them that they are cared for, loved and respected.

During yesterday’s presentation, the funds were handed over to eight families as part of the annual activity.

In his remarks, Chairman of the Committee, Bishop Dr Rev Raphael Massiah explained that the Foundation currently provides for the welfare and education of the 18 children from the eight families.

The Guyana Police Force in collaboration with the Cops and Faith Community Network in November of 2015 established the foundation that will forever benefit the families of ranks who would have died in the line of duty.

The Foundation is the brainchild of the Former Commissioner of Police Seelall Persaud (who was also at the ceremony). When it was launched, it was the first of its kind in the Caribbean.