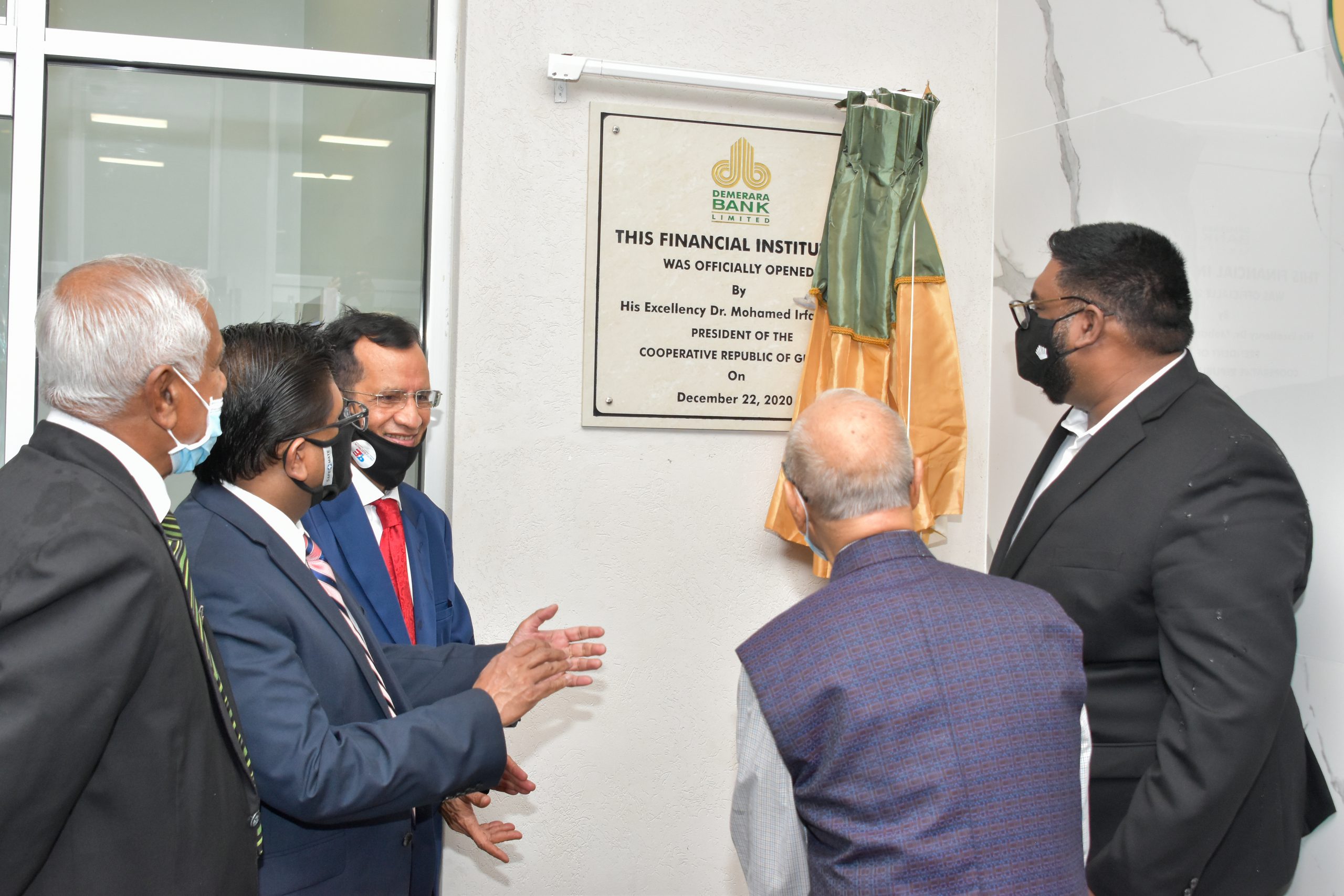 The Head of State made this disclosure while delivering the keynote address at the opening of the Demerara Bank Mahaica branch.

The Head of Stated explained that since Mahaica and its environs are heavily dependent on rice and other agriculture, the Government is looking to create an agriculture hub, which should also see the development of aquaculture.

To facilitate this, the Government will develop programmes and policies that will not only encourage and stimulate growth to the areas, but will also give tremendous incentives for future investments.

“Our intention in creating a whole new array of infrastructure is to ensure the travel time between the centre and the outskirts is not inhibitive to business development and growth.

President Ali said that the establishment of Demerara Bank’s eighth branch falls directly in a strategic focus and position of the Government, and comes at a time when avenues to strengthen the traditional sectors are being explored.

He stressed that the Government also has a responsibility to create an enabling environment with proper laws, good infrastructure, security and a supportive bureaucracy for greater reliability and efficiency.

President Ali added that a harmonious relationship between the Government and Private Sector is important and essential for the growth and development of the country, and the Private Sector itself.

The President also applauded the bank for its progress in the middle of the COVID-19 pandemic, while indicating that other banks and financial institutions have been shutting their doors around the world.

He said this is due to great management, leadership and a particular sense of boldness for thinking outside of the box.

According to CEO Mr Pravinchandra Dave, the construction of the bank’s new branch cost over $500 million. However, this figure includes the cost of a solar system that provides 100% renewable energy for the branch.

Despite its official opening today (December 23), the branch has already facilitated the opening of over 1000 new accounts and approved three loans.

The branch will also house the Diamond Fire and Insurance Service.

Chairman of the Board of Directors of Demerara Bank Limited, Dr Yesu Persaud was on hand for the opening.