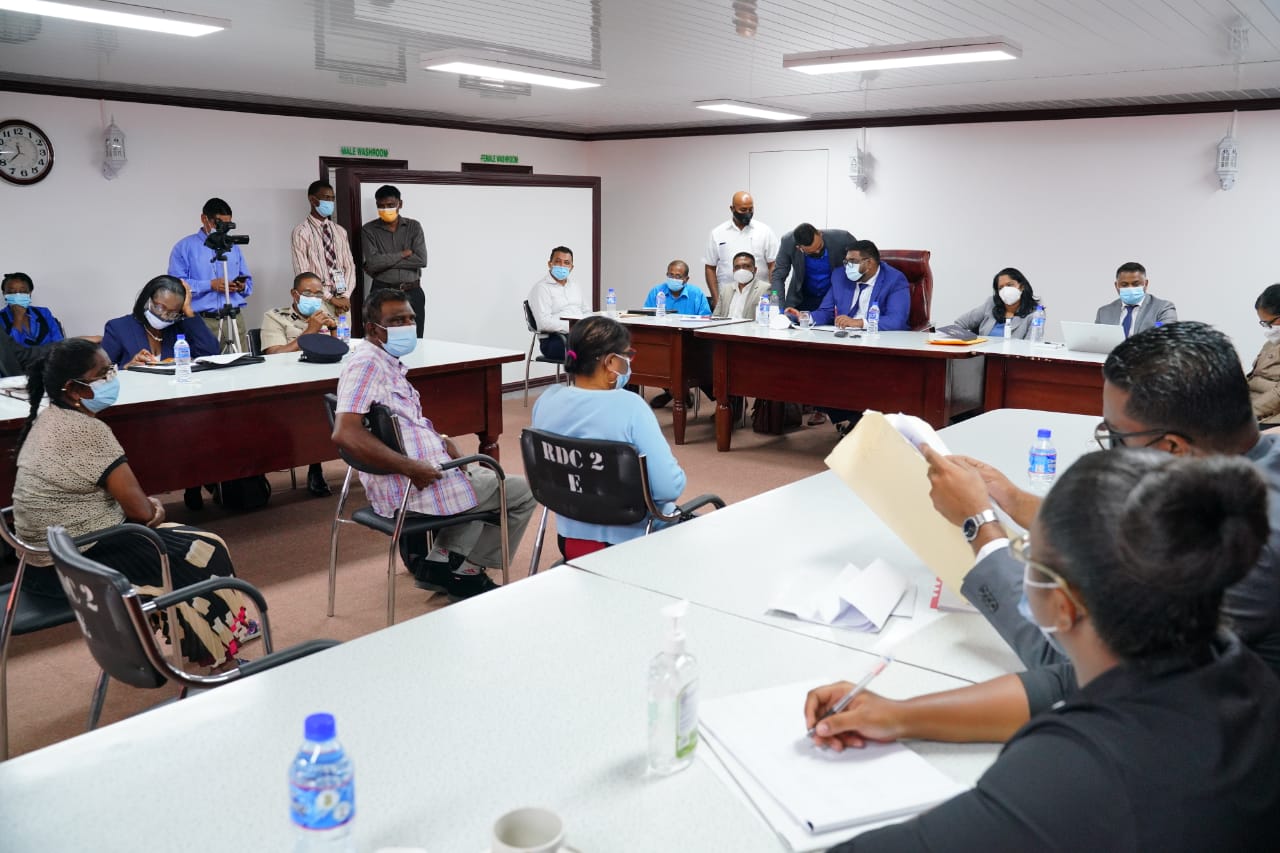 Georgetown, Guyana (December 10, 2020) Persons who saw President Irfaan Ali at yesterday’s outreach left satisfied that their concerns were not only heard, but acted upon by the youthful pro-active leader.

The Region Two (Pomeroon-Supenaam) Presidential Outreach was dubbed a success by the residents, who journeyed to the Regional Democratic Council (RDC) office in Anna Regina to speak to the Guyanese President.

The Head of State had travelled from the capital city along with Ministers and heads of several government agencies, to address concerns that residents of the region face.

Most of the issues brought to President Ali included land, road, drainage and irrigation and NIS concerns.

Elsie Scott, a teacher from the Lima Sands area, pleaded with President Ali and Minister within the Ministry of Public Works Deodat Indar for the area’s dilapidated main road to be fixed.

She said the opportunity to sit with President Ali was priceless. “I felt so nice to have a face-to-face conversation with him. It never happened before and it was a wonderful opportunity. I think we need more of this.”

The teacher added that the Head of State’s reaction to her issue and his direction to the relevant authorities gave her a “big relief” and made her happy.

Another resident of the region, John Luke, who owns a small manufacturing business, was able to leave the outreach with restored hope that he would someday be able to expand his business and employ more people.

Luke explained that he has a small business that currently manufactures over 21 types of products including wine and various porridge mix. He said that although his business has grown, it is not to the level that he wants. His progress was then hindered by the coronavirus pandemic.

“So presently what I am looking for is land to expand. We had to lay people off due to the pandemic, but that has not stopped my vision of someday building a multi-million dollar business,” Luke explained.

He praised President Ali for affording him the opportunity to explain his plight, and for also steering him in the right direction.

“I know from speaking with the President that he is going to look into it, because he told me he will and I know he is a man of his word. And this is not just about me, this is about all the other people I will employ in the future.”

President Ali was also able to help 80-year-old pensioner, Irving James to receive outstanding payments, which were owed to him from 2019.

The octogenarian explained that the President’s gesture made him very happy and that the money he received on spot would help him out a lot during the Christmas season.

Residents said they were extremely happy with the opportunity to sit in front of a sitting President and communicate to him on a personal level.

The trip was the second such organised by the President. In November he met and addressed the concerns of residents from Region Six.