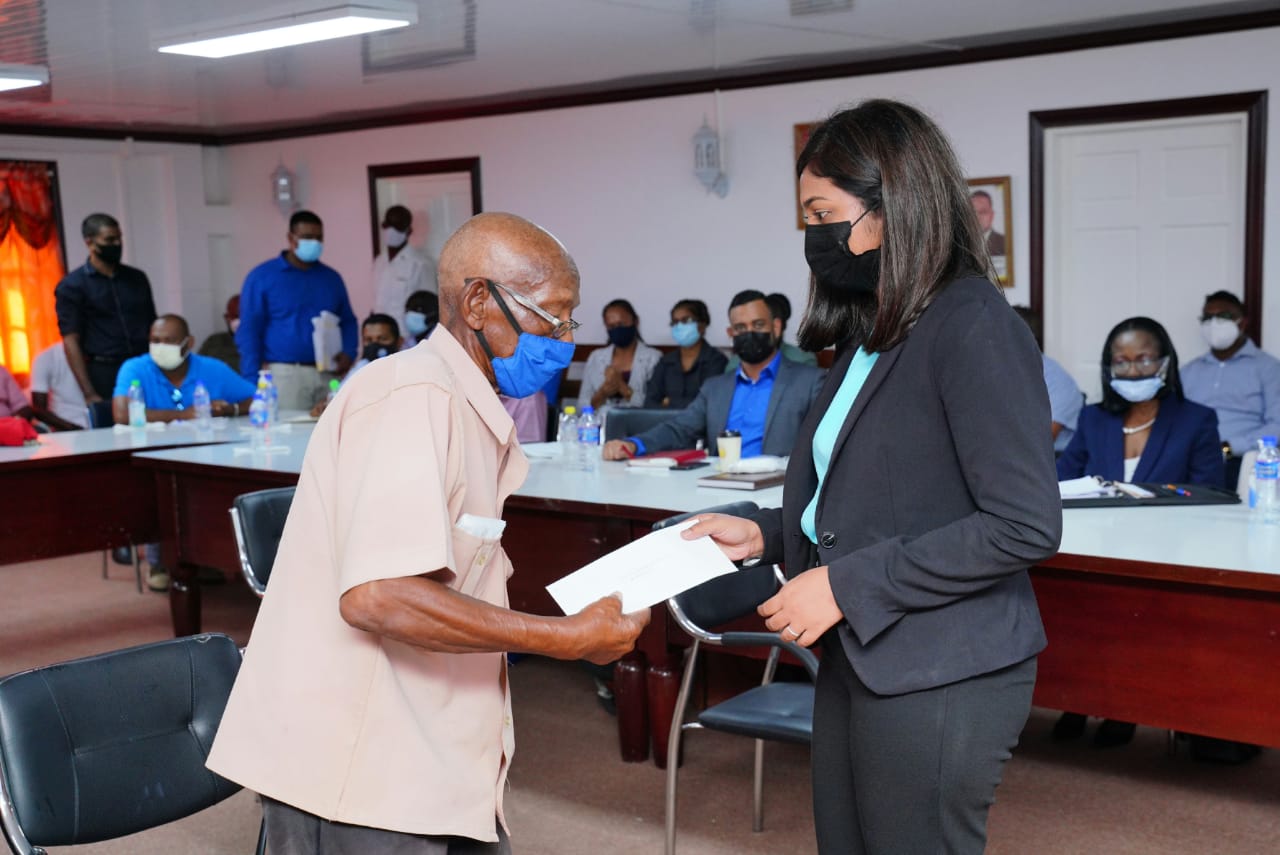 The retiree had found it difficult to collect the money from last year which was owed to him.

He met with President Ali at the Presidential Outreach today and used the opportunity to explain his plight; the President immediately directed his team to solve the problem.

“This uncle did not get his pension for two months, the Ministry sorted it out in two hours,” President Ali announced afterwards.

A total of $39,000 was presented to Mr James by Ms Shannielle Hoosein-Outar, Permanent Secretary of the Ministry of Social Services.

The pensioner was pleased with the outcome and thanked the President for his intervention, which he said was a relief.

“After a run around it’s ok…this is very nice in this crisis.”

Scores of residents met the President today, and they were afforded the chance to raise pressing issues; key among them were various challenges regarding housing, land titling, pensions and infrastructure.