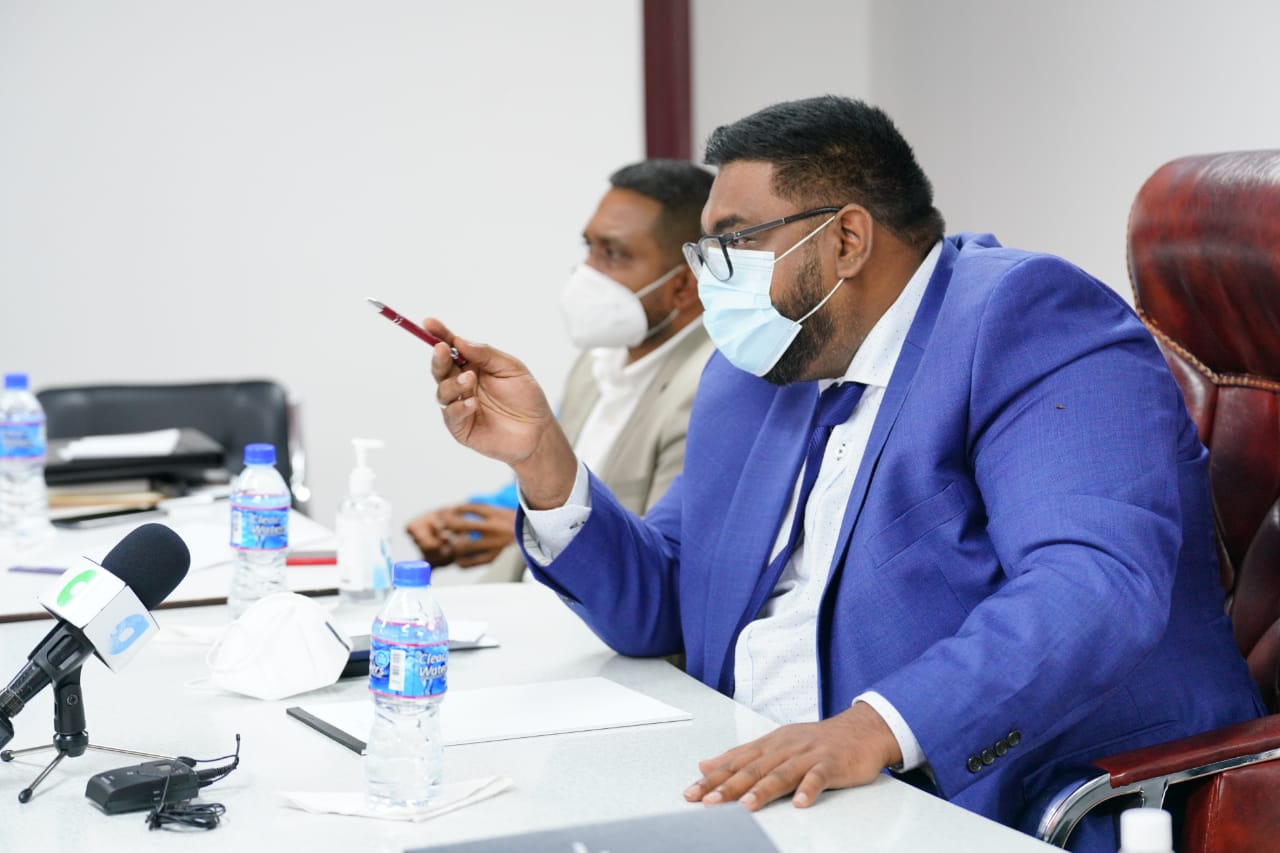 Georgetown, Guyana (December 9, 2020) His Excellency Dr Irfaan Ali said that his Government stands committed to serving all Guyanese in keeping with its mandate.

“Today we have a very simple task, and that is to ensure we fulfill our mandate in public office, not impede service, [and] not increase the cost of service.”

The Head of State gave this assurance this morning during his Presidential Outreach which is being held at the Regional Democratic Council in Anna Regina, Region Two (Pomeroon-Supenaam).

He also announced that more than $5 billion will be invested in the region before the end of the year.

The Head of State said that the main aim of his visit is to resolve many of the issues faced by residents, which he noted are “resolvable.”

In this regard, he pointed to the importance of the exercise and the potential impact it will have on the lives of the beneficiaries.

The President also announced that a Rapid Response Team will be set up to address the concerns of the residents in the swiftest possible manner. He assured that there will be more such exercises as the Government will be moving forward in a spirit of collaboration and connection to the people.

Alluding to a similar such exercise conducted in Region Six in November, President Ali said that, “After Region Six, residents are tremendously happy. Issues that were not resolved in years were resolved. What it tells us is that these issues are solvable. But sometimes the bureaucracy does not allow us to resolve them. That is why at these outreaches we want the head of every agency, so you can make an assessment as to what areas of improvement the agency requires.”

The President is personally addressing the concerns raised, which ranges from access to electricity, water, land allocation concerns and drainage issues among other areas.

Throughout the day, scores of residents will be given the opportunity to raise their issues with the high level team during the outreach exercise.

Following the start of the exercise, residents were updated on major investments in the pipeline which includes the construction of a water treatment plant, additional power generating capacity for the Region, the implementation of a $50 million road programme, the commencement of a $70 million sea defence programme, the distribution of more than 4500 cash grants and the rehabilitation of 50 miles of drainage and irrigation infrastructure.

The exercise is also aimed at reducing the bureaucracy and will see the collaboration among various agencies to address concerns at the community level.

Enabling environment vital to trade between CARICOM and Cuba—President Ali