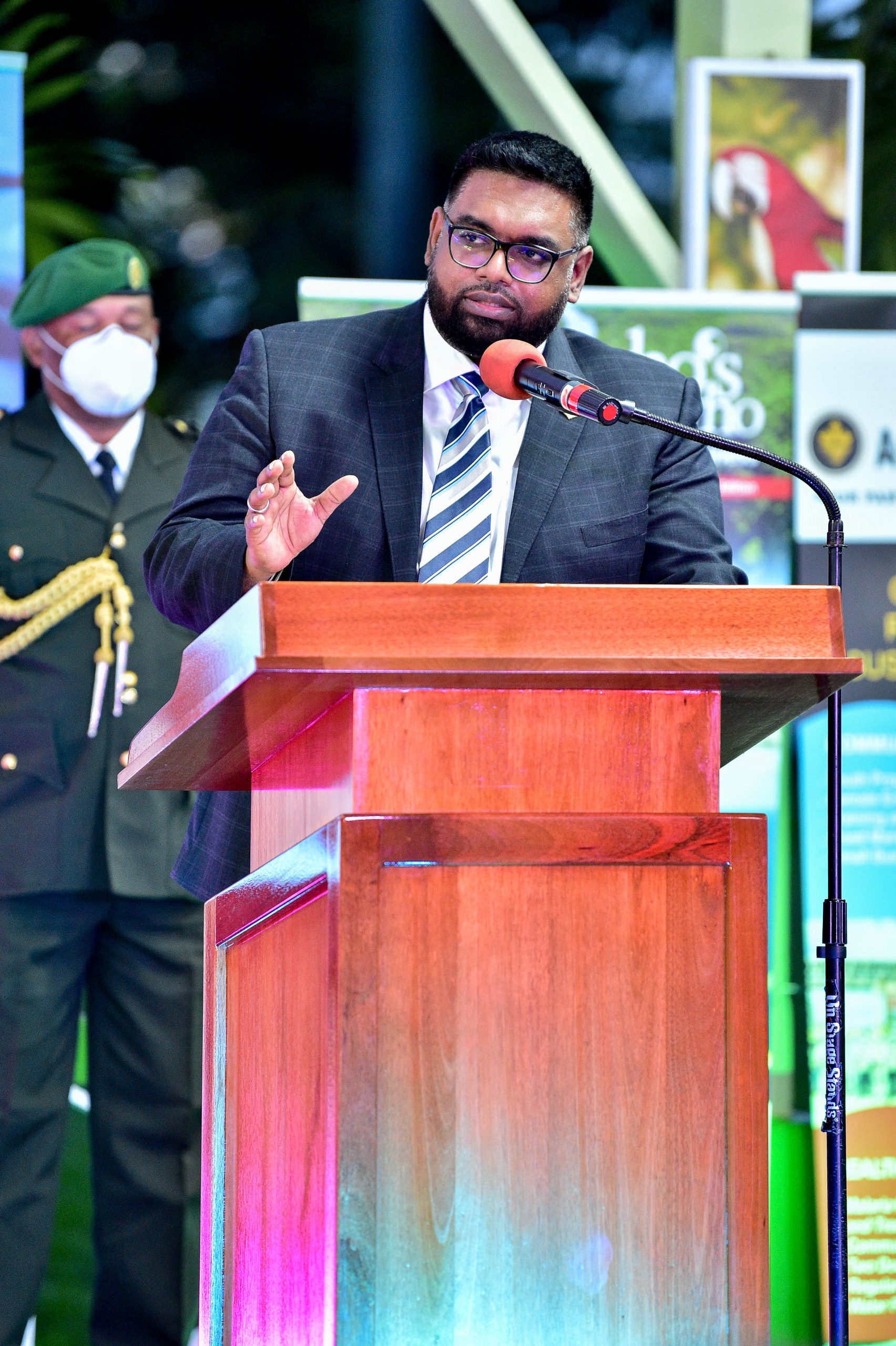 Georgetown, Guyana (December 2, 2020) His Excellency Dr Irfaan Ali this evening announced that the Government has initiated discussions for the development of a secondary city.

President Ali revealed his plans at the Guyana Manufacturing and Services Association (GMSA) 25th annual Awards Ceremony at the Baribi Benab, State House. “We have initiated discussions on having a new area – a secondary city – developed. We are exploring this opportunity along the new four-lane highway because we are already seeing the pressure on the city itself.”

President Ali noted that as development and expansion continue there will be more occupation on the outskirts of Georgetown and the country must be prepared for it. As a result, Government will be putting plans in place to ensure that such growth and development will be facilitated.

President Ali noted that the idea is not new, but was in the pipeline since he was Minister of Housing and Water years ago, when the concept of Silica City was introduced at a Building Expo. “Now we have to think about the future, think about the floodplain, think about a natural expansion of the city, the industrialisation that will take place.”

The Head of State added that the government is looking at an area on the Linden-Soesdyke Highway that will be connected to the new four-lane road, which will act as a catalyst for development.

In terms of funding, President Ali noted that a mix of public-private partnership will be used. On a larger scale, he noted that the infrastructure landscape will undergo drastic changes in the coming year. “That infrastructure landscape change is linked directly to the opening up of new economic opportunities, to the opening up of new lands; creating new areas, and new growth poles. These are the things that would mark 2021 and beyond.”