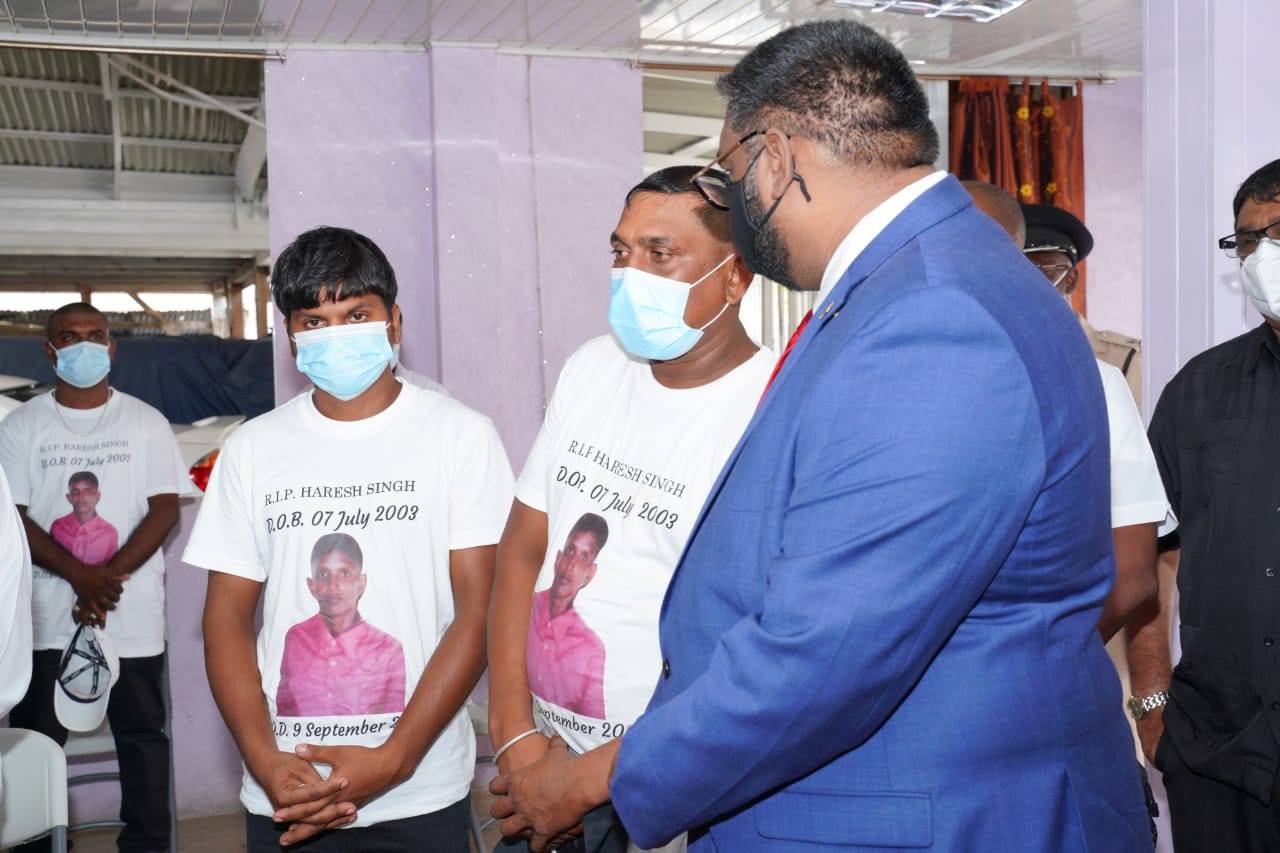 President Ali used the opportunity to once again, call on all Guyanese to place their focus on healing and unifying the country.

“In memory of these young men, our focus has to be on healing, on bringing our country together, and on unifying our efforts to ensure we do not have a repeat of these incidents… we have to do these things, in addition to ensuring justice is served for these young men,” the President stated.

The Head of State reiterated his Government’s commitment to creating an enabling mechanism to foster national unity and to engender a Guyanese identity.

He said, “As President, I can assure you that my Government is going to work day and night to bring our people together, through policies and programmes, through social efforts and the merging of cultures. I think that is important in creating that Guyanese identity, ensuring that the social safety nets are there for the vulnerable in our society.”

President Ali said too that he would ensure that all those affected and injured during the unrest will also receive the necessary assistance.

“In addition to visiting the families and attending the funerals of Isaiah, Joel and now Haresh, I have had the chance to talk with many of the persons who were injured and cannot fend for themselves because of those injuries. At some point also, we have to have the healing process there. I want all of these persons who were affected to know that we are going to connect with them, to find ways we can help as a Government,” the President assured.

President Ali also assured that, with the assistance requested from the British Government and the Regional Security Service (RSS) to assist local police, the perpetrators will be brought to justice.

Haresh Singh, 17-year old, was killed at Number 3 Village, West Coast Berbice during violent protests against the murders of Joel and Isaiah Henry. President Ali also joined the families of the Henry boys to pay his respects, at the Sandy’s Funeral Home, on September 13.

During an interview with the Caribbean Times News yesterday, President Ali again assured that justice for the slain teens will be served. The Head of State was at the time providing an update on the Government’s engagement of the British Government and the Regional Security Service (RSS).

He said, “We are going after these criminals, we are ensuring that we have every single tool available; and in those areas that we need help with, we have reached out. I am happy to report to you that we are making great progress. From CARICOM itself, we are hoping that we can have a team very shortly; we are finalising the Terms of Reference, and we signed an MOU. On the British side, we have received a very positive response.”