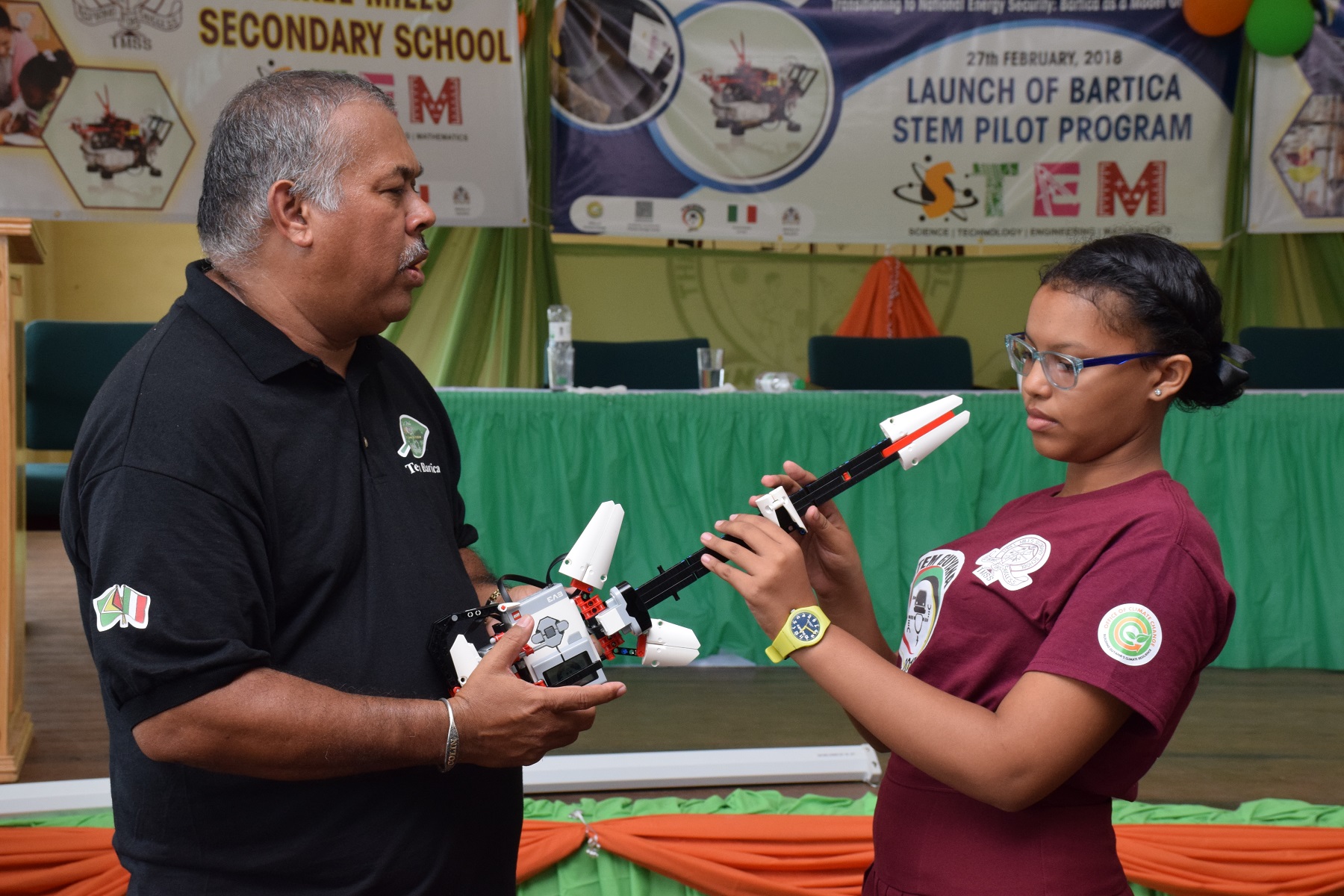 Georgetown, Guyana – (November 10, 2017) Minister of Social Cohesion with responsibility of Culture, Youth and Sport, Dr. George Norton, today, declared open the annual inter-house athletic championship and day of sports for the Guyana School or Agriculture (GSA) which was held at the school’s Mon Repos campus and saw students from the three main houses, Minica, Vigna and Cajanus, competing for the champion title.

Minister Norton expressed happiness that, as a tertiary institute, the school recognises the significance of physical education as a part of its curriculum and in the lives of its students. The Minister said that he would like to reinstate inter-tertiary competitive sports, an event which he said had been very popular in the past. “I am prepared to continue. The Guyana School of Agriculture, as they are competing among themselves here today, should also be able to compete against the other tertiary level institutions in Guyana” he said.

The Minister further encouraged the students to look forward to this initiative and to prepare themselves to be champions during those competitions.

Two young athletes, in the midst of a race to the finish line representing their respective houses, house Minica (behind) and house Cajanus (ahead)

Meanwhile, Chief Executive Officer of the Guyana School of Agriculture, Mr. Brian Greenidge, explained the benefits of sports students, noting that he believed that academic excellence went hand-in-hand with extra circular activities such as these when in order to produce well-rounded students. “This activity is very important to us and to our students… It aids in their physical development and also helps in their mental preparation for their academic work, so the two complements each other” he said.

The GSA students came decked out in their house colours were fully prepared to compete and conquer. One athlete, Demelsie Nicholas, from house Cajanus, boldly predicted that her house would come out victorious against the other three houses. Ms. Nicholas, like so many of her fellow students, expressed that she was feeling energetic and had been grateful that the event was so well supported.

Over the past week, the school hosted a series of sporting events including basketball, football, cricket and dominoes. It culminated with track and field events today.