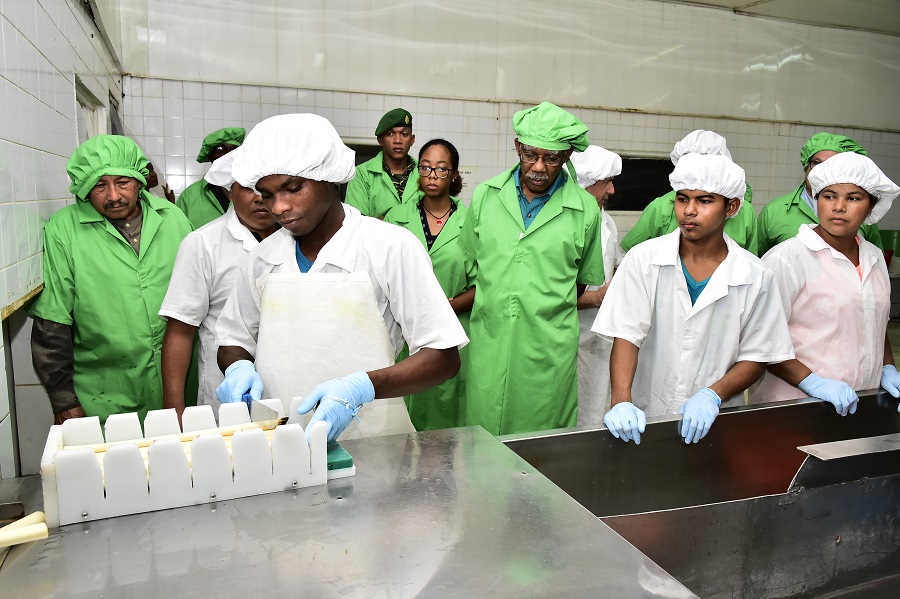 Barima, Guyana – (October 29, 2017) With agriculture still one of the most important economic activity across the 10 Administrative Regions of Guyana, President David Granger is urging farming communities and local and international investors to adopt a model that not only promotes agro-processing but also builds a solid partnership between companies, communities and citizens. Flaying criticisms of his push to encourage agro-processing at the small and medium scale level as a means of economic empowerment, the Head of State said that the success of that model has been tried, tested and proven in Barima-Waini (Region One) with the agro-processing venture run by the Amazon Caribbean Guyana Limited (AMCAR) over the past 30 years.

Speaking at AMCAR’s 30th Anniversary event at Drum Hill Landing on the Barima River, President Granger said that it is this form of economic activity, which has the potential to transform and empower hinterland communities, enrich citizens and ensure food security. “We have to move the economy of the Barima-Waini for the level of the corial, so farmers do not have to depend on a subsistence existence, but they can penetrate a regular and reliable market to take their produce at reasonable prices. Regularity, reliability and reasonableness will transform the farming communities of their Region,” he said.

The heart of palm is harvested and taken to the factory located at Drum Hill along the Barima River to be processed. Strict quality assurance standards are adhered to every step of the way during the processing stage.

President Granger said that the model, which he referred to as the ‘AMCAR model’, is a most appropriate vehicle for the country to move its production up the value chain as it emphasises agro-processing, particularly of non-traditional products and can be used to create value for common agricultural produce. AMCAR, a French-owned company, has established a name in the international market for itself for its bottled organic hearts of palm (acai palmito).

“This company has begotten a ‘model’, which has transformed a previously overlooked commodity into a competitive, industrial product, and a remote area into an agro-processing centre. This ‘model’ emphasises the importance of hygiene, of marketing, of quality assurance, of phytosanitary and sanitary standards and of due regularity…This industry’s strict adherence to these standards and the certification of its products has allowed local products access to European supermarkets and restaurants,” he said.

Noting that Government remains focused on developing hinterland agriculture, the President noted that AMCAR’s success demonstrates that this is integral to economic diversification and advancement. “Hinterland agriculture can foster a more resilient and a more robust agro-industrial sector. It can do so by encouraging food production; by promoting more resilient and higher-yielding crop varieties; by diversifying production into non-traditional crops; and by stimulating agro-processing to reduce crop losses and increase farm incomes,” President Granger said. 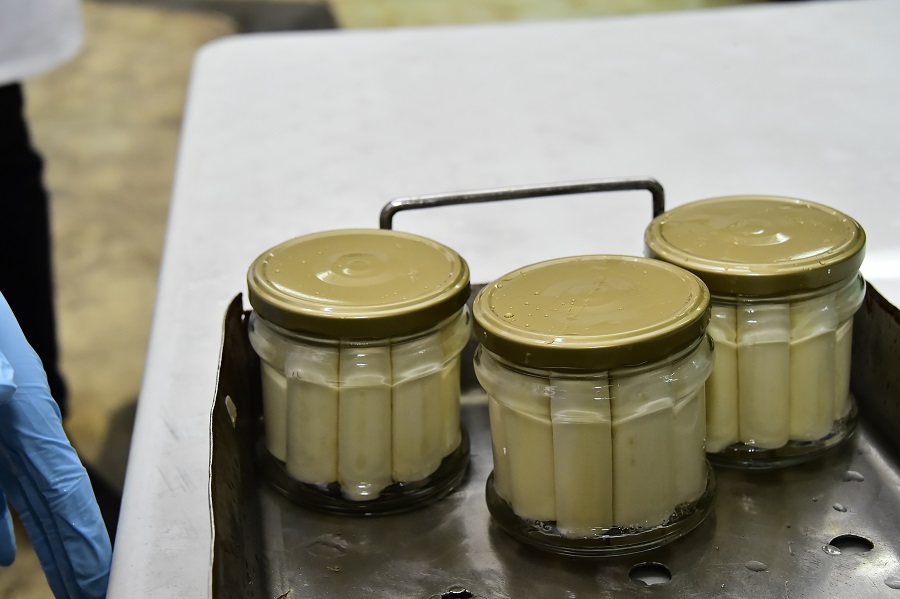 Moreover, he said that hinterland agriculture will enhance the standard of living of hinterland residents and their communities through enterprise and employment, while at the same time reducing outward migration of young, working-age persons. The Head of State took the opportunity to speak about the Regional Agricultural and Commercial Exhibitions (RACE), which have the potential to promote production at the ‘cottage’ and community levels and to generate regional pride. He also made reference to the turmeric processing factory in Region One and the sun-dried tomatoes facility in Paramakatoi.

“Innovation, through agro-processing, also is fundamental to creating a more resilient agricultural sector. The founder of this company did something that no one did before; that is innovation… Agro-processing will increase farm incomes by making products from food, some of which would otherwise have been lost to spoilage. The transfer of technologies, by companies from technologically-advanced countries like France, can accelerate agro-processing at the industrial, community and household levels,” the President said.

Meanwhile, AMCAR’s Managing Director, Mr. Christophe Sureau, who along with his brother, took the helm of the company some eight years ago, said that they continue to operate in keeping the original mandate of its founder, Mr. Pierre Saint-Arroman; that is, to produce value-added, organic products while contributing to the sustainable development of communities in the Region. Mr. Saint-Arroman who moved to Guyana in 1983, served as the Honorary Consul for France to Guyana from August 12, 1991 to August 22, 2015. The company, today, has about 180 employees at its Drum Hill and Berbice factories and at its facility in Georgetown. Additionally, AMCAR employs about 500 hearts of palm harvesters.

AMCAR is a Guyanese company that was registered in January 1986 and commenced operations in 1987. Currently, the Drum Hill facility produces about 500-600 bottles of hearts of palm per day. The final product is bottled in a brine solution of citric acid and salt before it is placed in a machine to be cooked. The bottles are then transported to AMCAR’s storage facility in Georgetown to be labelled before it is shipped out to Europe.

In European countries, especially France, hearts of palm is popular delicacy, served mainly in salads and as pizza topping.

At today’s ceremony, a plaque, which was built by the company to honour the memory of the late Mr. Saint-Arroman, was unveiled by President David Granger and his (Saint-Arroman) wife, Ms. Yola Saint-Arroman. Additionally, as part of the company’s anniversary celebration, three employees were presented with tokens of appreciation for their long and dedicated service.

Minister of Indigenous People’s Affairs, Mr. Sydney Allicock and Minister of Business, Mr. Dominic Gaskin were also attended the event, along with Mr. Antoine Joly, Non-Resident Ambassador of the French Republic to Guyana.