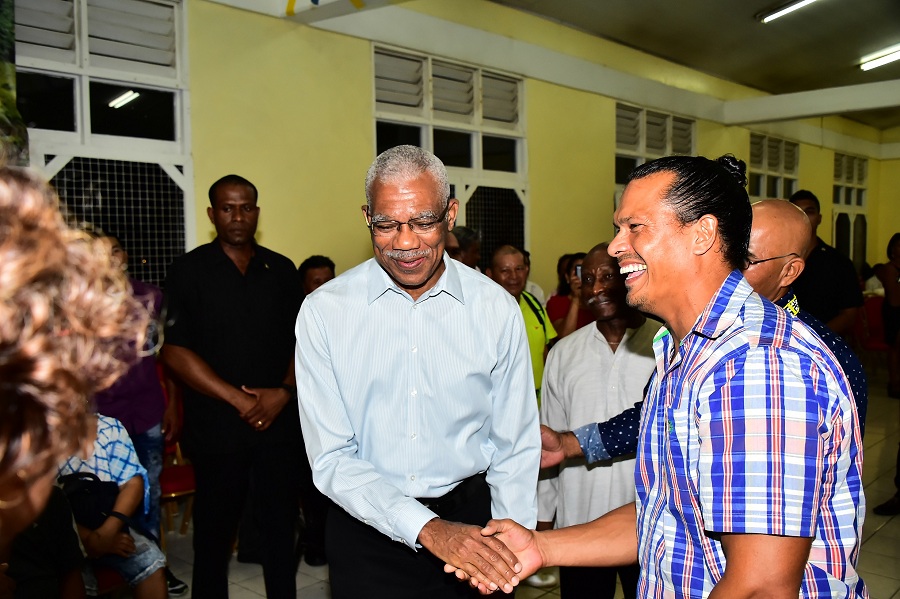 Georgetown, Guyana – (August 26, 2017) President David Granger, this evening, hosted a reception for the Executives of the National Toshaos Council (NTC) and the residents of the hinterland, who participated in the week-long NTC Conference, where Chairman of the NTC, Mr. Joel Fredericks said that the Council is grateful to the President and the administration for the independence and respect they have afforded it in the management of its affairs. Mr. Fredericks said that this is the first time that a Government has allowed the NTC to function as it should and make its own decisions and he committed to ensuring that the NTC and its members work with the Government to brainstorm solutions to address the issues raised.

“On behalf of the National Toshaos Council, I would like to extend a heartfelt thanks to President Granger and his Government for supporting the NTC over the six days. It was six days of hard work; we documented the issues and we will work with your Government to help address the issues and needs of the indigenous peoples of this country. Tonight is history because this is the first time in Guyana that the Government, past and present, has given the NTC the space to operate freely. Let us talk about issues. We will bring the issues to you and we will stretch our ideas and mind to try to fix them. Let us work together,” he said.

It was only on Monday, at the opening ceremony of the Conference, that President Granger sounded the call for the NTC, the indigenous villages, communities and the Government and all its agencies to cooperate and work towards a common goal of development through education, economic empowerment, social protection, national security and the protection of the environment. Additionally, the Head of State, later in the day, turned the sod for the construction of the NTC Secretariat at Sophia, which fulfilled a promise and demonstrated the administration’s commitment to ensuring good governance of indigenous peoples’ affairs.