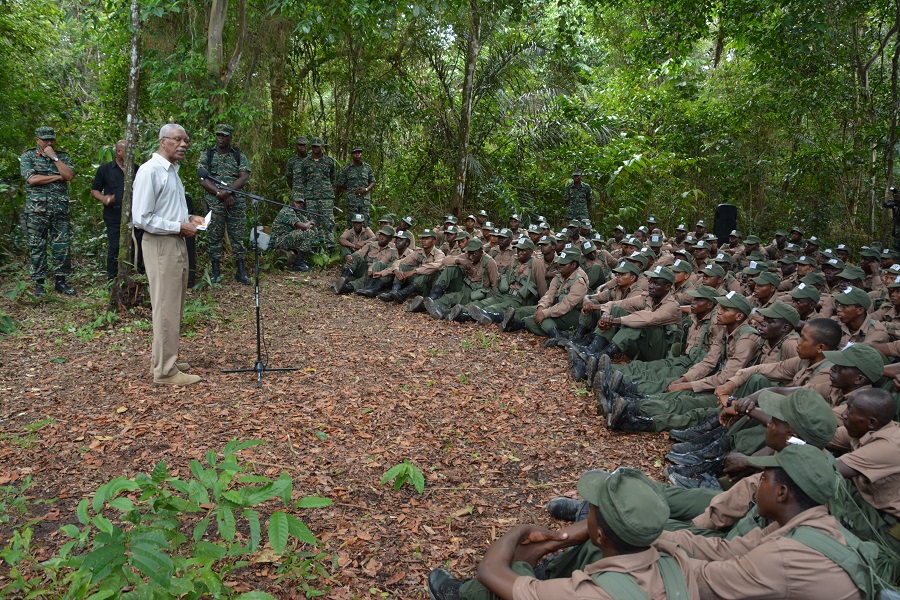 Georgetown, Guyana – (August 10, 2017) President David Granger said that each capital town and Administrative Region in Guyana will have a unit of the Guyana People’s Militia (GPM), which will allow young people to benefit from skills training, to become equipped to provide support in the event of natural disasters, to become comfortable with the natural environment and to be in a state of readiness as part of Government’s Total National Defence policy. The Head of State made these remarks today, at the Colonel Robert Mitchell Jungle and Amphibious Training School (CRM-JATS) at Makouria in the Essequibo River, where the GPM’s 2017 training camp is underway. The aim of the training is to orient reservists to the jungle environment and to teach them basic survival techniques.

The camp is being conducted simultaneously at CRM-JATS and Base Camp Sewayo on the Linden-Soesdyke Highway. The President said that the training offers tremendous benefits to soldiers and civilians, particularly young people; keeping them physically fit and giving them valuable life skills that they will be able to put into practice in an operational setting.

President David Granger said that soldiers, whether they belong to the regular or the reserve force, must be exemplars of the high standards

The Commander-in-Chief explained that in addition to safeguarding the country’s sovereignty and territorial integrity, the Guyana Defence Force (GDF) also has a role of ensuring that the civil power is supported. In this regard, Commandant of the Guyana People’s Militia, Colonel Gary Beaton informed that reservists also receive training in national policy, humanitarian assistance and disaster relief. As such, they are now equipped to render assistance in firefighting and disaster relief operations.

President Granger also reminded reservists and ranks of the GDF of the core values of the organisation to which they belong. These values include responsibility, respect for the law, respect for others, correct conduct, and appropriate social behaviour. “Soldiers, whether they belong to the regular or the reserve force, must be exemplars of the high standards that we expect in the Government of persons who have the honour to wear the uniform of this Republic,” President Granger said. 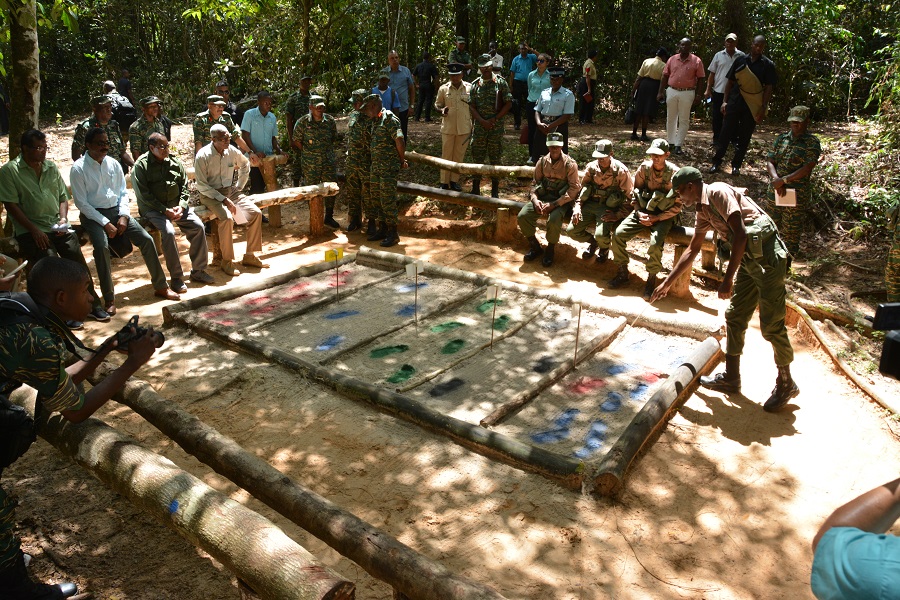 President David Granger, Prime Minister Moses Nagamootoo, Attorney General, Mr. Basil Williams and Minister of Public Security, Mr. Khemraj Ramjattan look on as a reservist describes footprint tracking. This is one of many training techniques that reservists are exposed to at the People’s Militia annual training camp, which comes to an end on Saturday.

Some of the training is being done by instructors from the Brazilian Army. This, the Head of State said, is a testament of the fruitful cooperation that the two countries, moreso the two armies, have shared over the past 48 years.

Meanwhile, Chief of Staff of the GDF, Colonel Patrick West said that this annual camp allows people to get rid of phobias, which are inherent in some persons based on where they grew up. It also affords them the opportunity to develop skills, which can be useful if they choose to seek employment in the forestry and/or mining sectors. Additionally, they are now better prepared to join the GDF since the reservists, who are main youths, are more familiar with the environment in which they must operate.

“Mr. President I can assure you that we have fulfilled your mandate in creating a reserve force based on your direction on December 1, 2015. We are happy to note that this Force is growing and very soon they will be augmented into regular Force and be a part of Force exercises and other operations,” Colonel West said.

The 2017 camp commenced on July 30 with 414 with reservists drawn from Regions Two, Three, Four, Five, Six and 10, who were divided into two groups to be trained simultaneously at CRM-JATS and Camp Sewayo before they were rotated on August 4. Of that number, 24 dropped for medical and other reasons. Colonel Beaton informed that over 50 percent of the reservists are attending military training for the first time. Moreover, 34 percent of reservists at the camp are females. 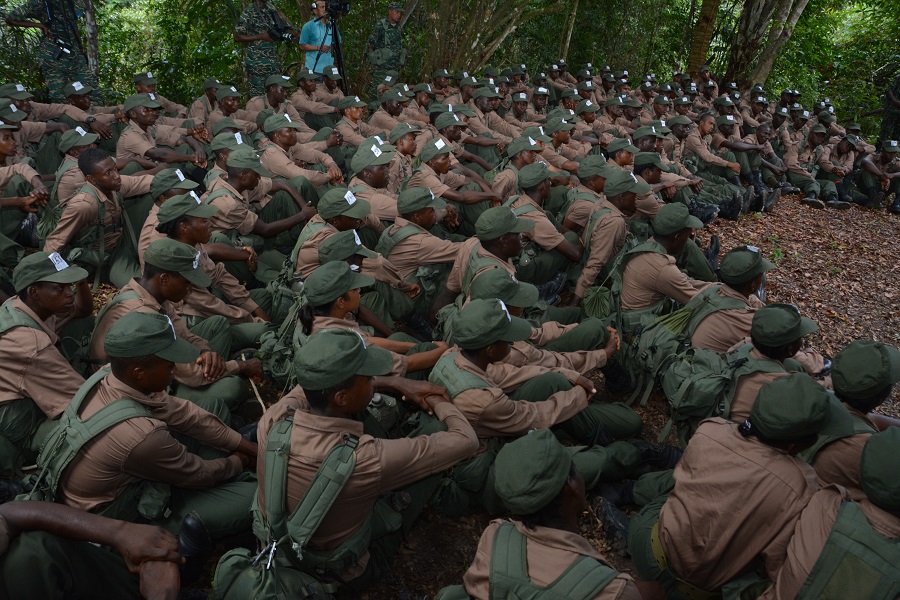 The 2017 camp commenced on July 30 with 414 with reservists drawn from Regions Two, Three, Four, Five, Six and Ten, who were divided into two groups to be trained simultaneously at the Colonel Robert Mitchell Jungle and Amphibious Training School (CRM-JATS) and Camp Sewayo before they were rotated on August 4.

The People’s Militia was established over 260 years ago by the Dutch. Subsequently, the British took over up to the time of World War II. It was then replaced by the British Guiana Volunteer Force, which was de-mobilised after Independence. In 1976, this body was re-established as the Guyana People’s Militia which was again de-mobilised in 1997 until President Granger reinstated it when he took Office. As it stands, the GPM has a strength of approximately 16 officers and 622 ranks. The Chief of Staff said that major recruitment will continue this year.

Guyana Council of Organisations for Persons with Disabilities call on President