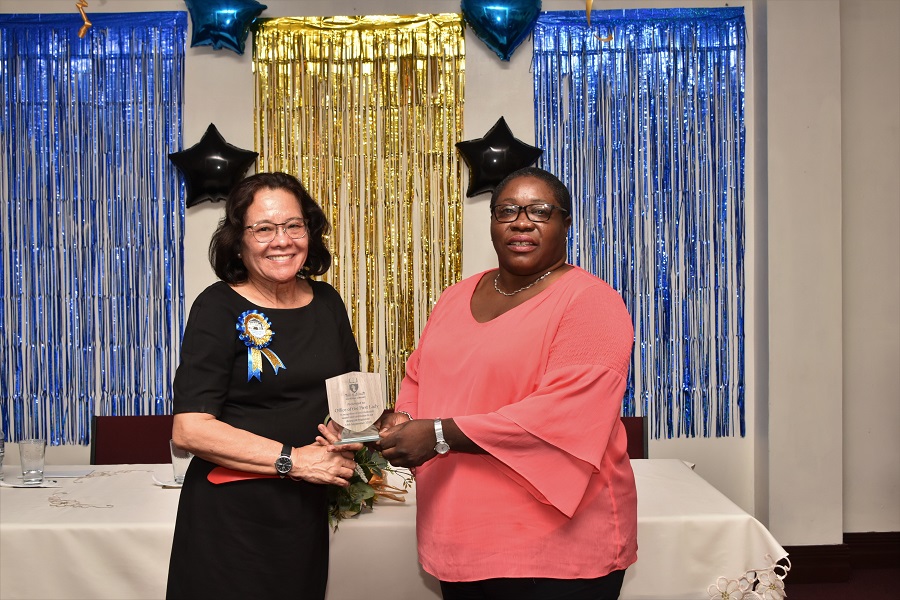 Georgetown, Guyana – (July 30, 2017) Minister of State, Mr. Joseph Harmon, today, said that the David Granger led administration is working tirelessly and assiduously to restore decency and order to Guyana and noted that religious groups and organisations, have a critical role to play in this mission. The Minister was at the time delivering the feature address at a service to mark the 9th anniversary since the establishment of the Freedom Life Ministries at the Georgetown Branch, which is located on Princess and Lyng Streets.

Minister Harmon noted that it is his strong belief that May 2015 was the commencement of the ‘rebirth of the nation’ and the Government has been working since then to ensure that citizens can enjoy a new Guyana, where justice, morality and equality are present in the society. Minister Harmon said that it is because of the leadership of President David Granger that the administration has been able to push forward despite the many challenges it has faced over the past two years as it works to restore order.

“To reinstitute systems and structures and to re-establish a sense of morality and decency in our society, to heal the divisions that exist among us, to provide a good life for all our people are not easy tasks, but in these efforts we have been truly blessed in many ways. To begin with, our Coalition is led by a man of impeccable character; His Excellency David Granger. Our President is a man of God; a man of decency, morality, integrity, a family man; married for forty-seven years. He is a good example of the spirit of godliness that is desirable for the establishment of a decent society and prosperous nation,” he said.

Minister of State, Mr. Joseph Harmon and Minister within the Ministry of Natural Resources, Ms. Simona Broomes, accepting a special prayer for the Government and the country, during today’s service at the Freedom Life Ministries

The Coalition’s success at the polls, he added, was due in part to the prayers and active support of religious leaders and members, who had enough of the prevailing circumstances and desired a change for the better. Minister Harmon said that the role of the religious institutions and churches in the restoration of decency and order is still critical. He said that Freedom Life Ministries, in particular, is strategically located and can lead efforts in eradicating poverty, fostering social cohesion and the restoration of order and morality in Guyana.

“The hardest work has been and is the spiritual transformation of broken minds and spirits into God conscious and productive human beings. In this regard, the Freedom Life Ministries stand out. Your headquarters is not located in a ‘swanky’ neighbourhood as indeed you could have been but in the heart of a neighbourhood where the problems are seen first-hand as you continue to reach out, touch and heal, fully understanding that positive change in society has to start with the individual, the family then community and finally, nation,” Minister Harmon said.

In this regard, the Minister of State said that the theme of the celebrations, “Enlarge the place of thy tent”, is most appropriate. He noted that while Freedom Life Ministries has made tremendous strides over the past nine years, the process of establishing goodness and righteousness is never ending.

“The successful struggle against the forces of evil entails the constant and progressive expansion of goodness, people and things to reduce the preponderance of evil. Our Government has a vested interest in your continued success because your success will result in an increase in goodness and righteousness in our society, in moral rearmament and national development and a lessening of the social ills that affect us. I, therefore, hope and pray for your every success in the realisation of your theme, to extend and expand your reach tremendously. Even as I urge you in this vein I also ask you to pray for our nation, that we grow from strength to strength and administer with truth and justice for all of our people,” the Minister of State said.

General Overseer and Founder of the Freedom Life Ministries, Prophet Joel Uwagboe, in his brief remarks, said that the Church has grown significantly since it started out nine years ago. He said that the Church was first opened in Kitty, catering for 75 persons. However, it soon outgrew its capacity and had to be relocated to South Road, where it catered for 200 persons.

Soon after, the Church was again relocated given the size of its congregation and as such, the land was acquired for the construction of the building at Princes and Lyng Streets, which currently serves as the main place of worship, with a capacity for 800 persons. Over the years, it has also opened several branches in Number Nine Village, Number 35 Village and New Amsterdam in East Berbice-Corentyne, Linden and Essequibo.