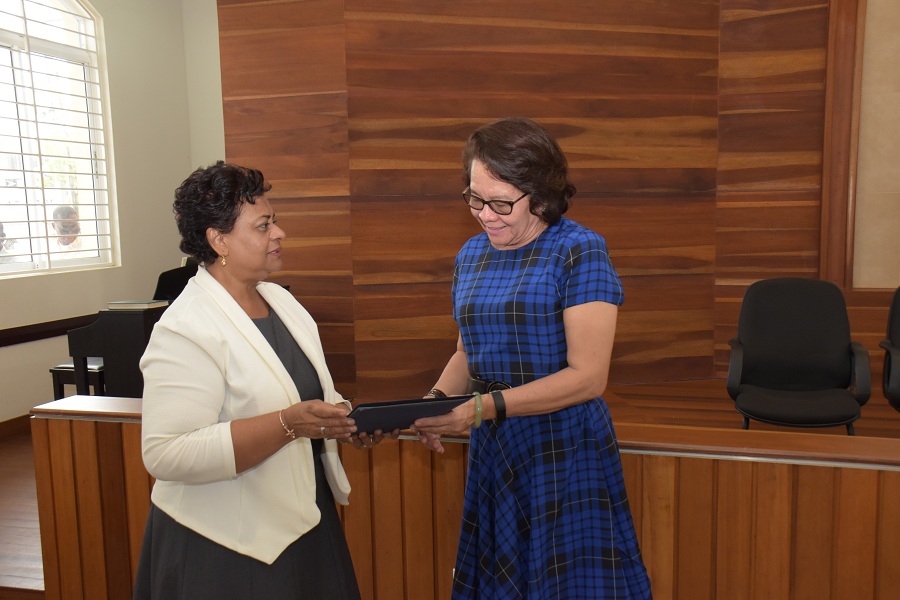 Georgetown, Guyana – (July 21, 2017) First Lady, Mrs. Sandra Granger, today, said that education is of vital importance to the Government of Guyana, since it is the only way to ensure that young people achieve their full potential and are able to participate in the sustainable growth and development of themselves and their families, communities and the country as a whole. Mrs. Granger was speaking at a Youth Conference hosted by the Church of Jesus Christ of Latter Day Saints, held at Le Ressouvenir, East Coast Demerara.

The First Lady told the participants that she hopes that they also see the importance of embracing education and learning in both the journey to achieve their goals and in order to become productive citizens. “Because of the Twenty-First Century global environment, I hope that it [education] is also of burning importance to you; our leaders of the Twenty-First Century, because you will inherit and be responsible for our environment, which includes not only the geographical space occupied by our nation, but the impact on the social, economic and political life of its citizens and the conservation of our flora and fauna,” she said.

Guyana is blessed with an abundance of natural resources, Mrs. Granger said adding that because of that decisions have to be made on how those resources can be harnessed and utilised in a way that leads to sustainable development.

The First Lady told the youths that some of the issues the country will face as a result of climate change can be addressed through the formal education system. However, she said that the vital human element needed to guide and implement policies needs to be buttressed by instilling moral values in the people.

“In essence, our children have to be nourished in every sense of the word from early childhood. They must be trained in behaviours, which recognise and respect the intrinsic value of every human being. These behaviours must be underlined and reinforced as they enter the formal education system, so that while pursuing academic achievement, our young people develop an ingrained sense of what is good and just,” Mrs. Granger said.

Following her presentation, Mrs. Granger interacted with the participants briefly. At the close of the session National Director of Public Affairs, Guyana, of the Church of Jesus Christ of Latter Day Saints, Sister Rowena Bowen presented a token of appreciation to the First Lady for her words of advice and her willingness to participate in the session.