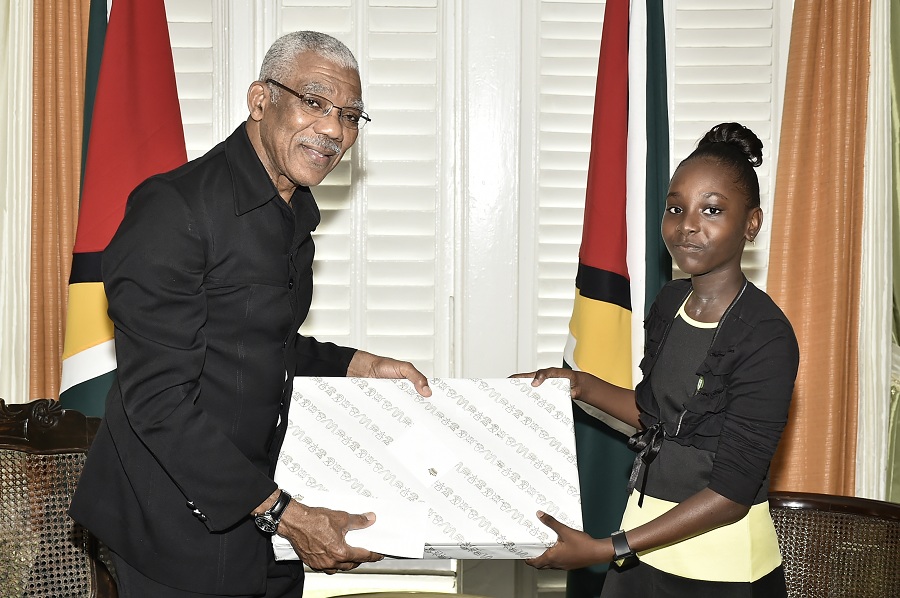 The Head of State first met Ms. Walks in 2013 during one of his community meetings as Opposition Leader at Den Amstel. At that meeting, she had a conversation with the President who impressed upon her the importance of education. Ms. Walks said that engagement left her inspired and motivated to pursue her education with greater determination and her efforts paid off with her outstanding NGSA performance.

After receiving her examination results, she wrote to the President requesting a meeting, to which he readily agreed. During their conversation at State House today, President Granger asked Ms. Walks what career field she intended to pursue, to which she answered “I want to be a paediatrician and hopefully one day own my own hospital”.

The President congratulated her and encouraged her to keep studying so that she can pursue her dreams of becoming a doctor. He also presented her with a laptop computer and a gift voucher redeemable at Austin’s Book Store.

The President, as a matter of policy, continues to ensure that education is placed on the front burner of his development agenda. His relentless push to have ‘every child in school’ has seen the implementation of several programmes and considerable investment poured into the sector.