USA has been a reliable, strategic partner to Guyana – President Granger says at Independence Anniversary reception 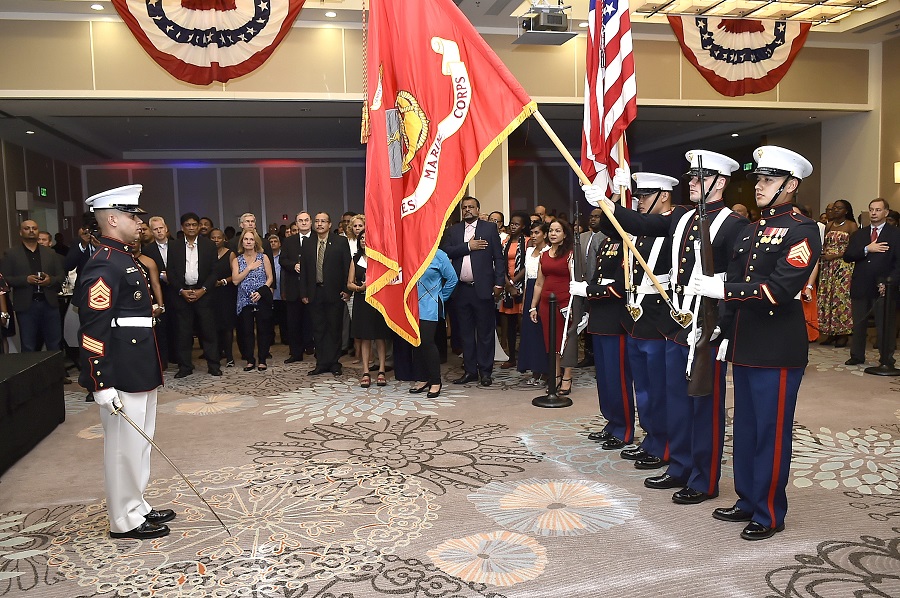 Georgetown, Guyana – (July 13, 2017) President David Granger, this evening, hailed the friendship Guyana has shared with the United States of America (USA) over the past 51 years. Speaking at a reception at the Marriott Hotel to mark the 241st Independence Anniversary of the United States of America, the Head of State said that this friendship has seen formation of a strong, reliable and strategic partnership that paved the way for bilateral cooperation in the areas of culture, defence, economic development, education, governance, health, justice improvement and security cooperation.

With regard to collaboration in the area of security, the President explained that both countries face the common threat of transnational crime, which, he said, can be countered only through international cooperation. “International terrorism and trafficking in persons and in illegal weapons and narcotics represent national security threats to our states and to the hemisphere. They weaken the security of small states, undermine public institutions and erode licit economies. International security cooperation is critical to combating these threats; cooperation is imperative for human safety; cooperation is vital to preserving the Caribbean as a zone of peace; cooperation is necessary to maintaining the integrity of criminal justice systems and to dismantling criminal networks,” the Head of State said.

Officers of the United States Marine Corps’ Colour Guard, during the ‘Colour Presentation’ 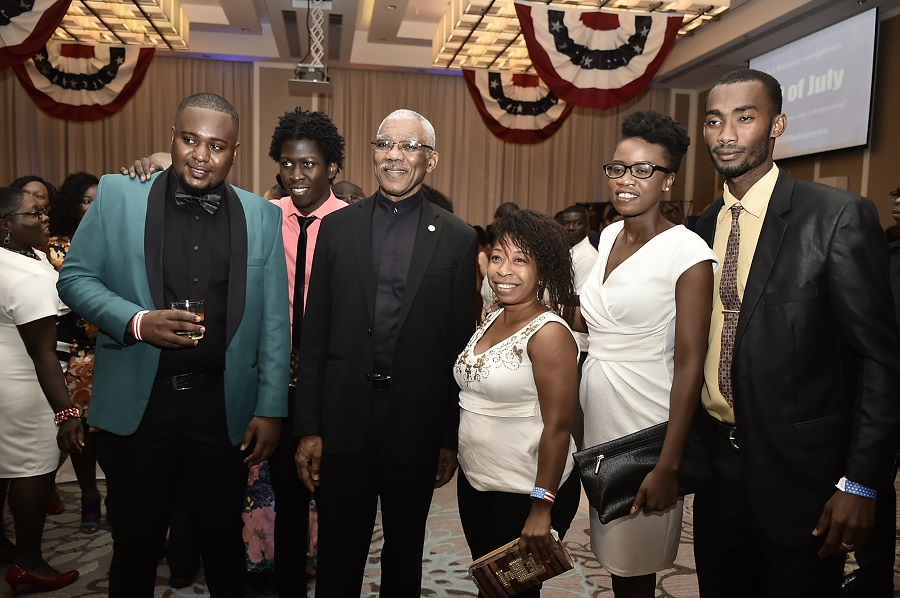 President Granger also disclosed that at the recently concluded CARICOM Heads of Government meeting in Grenada, he had fruitful discussions with the United States’ Under Secretary of State for Political Affairs, Mr. Thomas Shannon on the importance of continued collaboration between the that country and Caribbean States.

Making reference to the Government’s ‘green’ state agenda, the President said that Guyana has much to learn from the United States, which is considered a global leader in renewable energy technologies.

Meanwhile, Ambassador of the United States to Guyana, Mr. Perry Holloway, in his remarks, said that any fears that the United States might be disengaging with Guyana were misplaced; noting that his Government’s policy towards this country has not changed as they continue to implement existing programmes as well as initiate new ones. “Bilateral relations could not be better…a lot is going on and there is a lot more to come,” the Ambassador said. 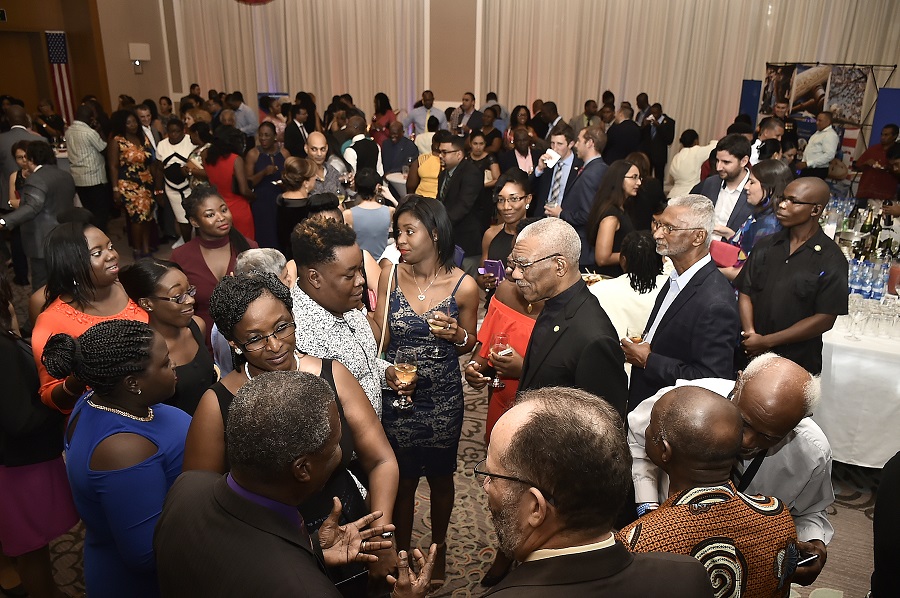 A section of the gathering at the Marriott Hotel

Some of these areas of cooperation include US$30M on bilateral and regional foreign assistance, provision of technical assistance to the Ministry of Natural Resources to support the development of a strong regulatory framework in preparation for oil, support for Guyana’s candidacy for the Extractive Industries Transparency Initiative (EITI), support for efforts to improve fiscal transparency and capacity building in tax administration, and assistance for the telecommunications and civil aviation sectors.

With regard to the issuance of visas, Ambassador Holloway informed that the consulate section processed over 72,000 non-immigrant visas and 7,000 immigrant visas last year. “The improving economic situation over the last few years has led to our refusal rate coming down significantly, from a high of well over 50 percent five years ago, to one much lower today and luckily for us only a small percent of Guyanese, who go to the US actually abuse their visas and stay illegally,” the Ambassador said.

He also noted that all the US Embassy has been able to achieve in Guyana over the years could not have been possible without the support and cooperation of successive Governments, along with civil society and Guyanese citizens at large.

On July 4, 1776, the Declaration of Independence by the Second Continental Congress meeting at the Pennsylvania State House in Philadelphia was adopted, which saw the establishment of a new nation, the United States of America.