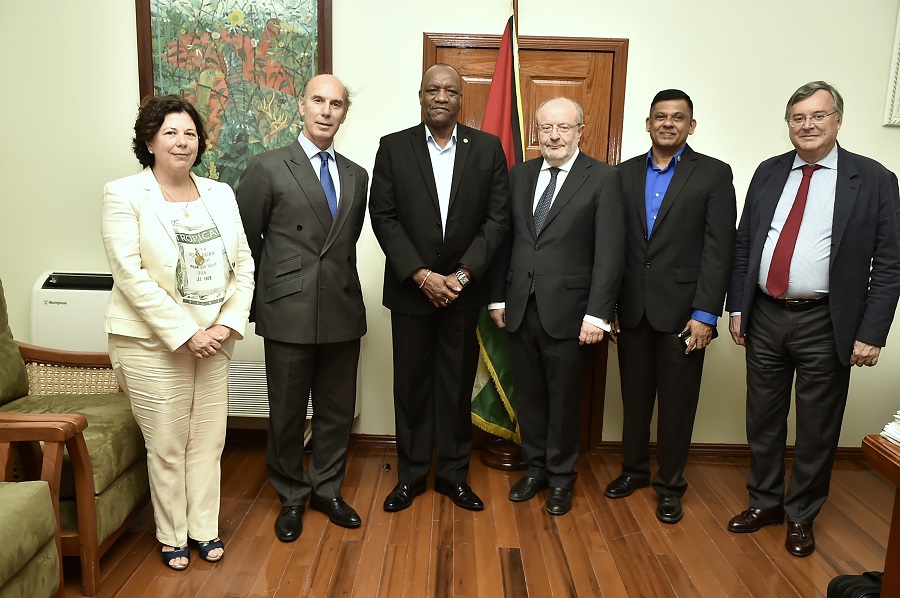 Georgetown, Guyana – (July 14, 2017) Minister of State, Mr. Joseph Harmon, earlier today, received a courtesy call by Spanish Secretary of State for International Cooperation and Latin America, His Excellency Fernando Garcia-Casas, Ambassador of Spain to Guyana, His Excellency Javier Maria Carbajosa Sanchez along with the rest of their delegation. Spain’s role in holding the European Union (EU) together was recognised by Minister Harmon, who said that a strong EU would better serve the interests of the people of the Caribbean region and more particularly Guyana.

During their brief discussions, Mr. Garcia-Casas expressed his country’s interest in further collaboration with Guyana in the areas of trade and investment and added that the country is looking to foster new areas of cooperation, including eco-tourism, infrastructural development, agriculture, and energy generation by offering expertise and developing projects.

The Guyanese State Minister and Mr. Garcia-Casas committed to regular consultations between the two countries. Minister Harmon also reaffirmed the Government’s commitment to strengthening bilateral relations with Spain and expressed confidence that efforts to strengthen and develop areas of collaboration will be actualised.

The Governments of Guyana and Spain established diplomatic relations on October 12, 1979 and collaborate primarily in the areas of culture and oil exploration.