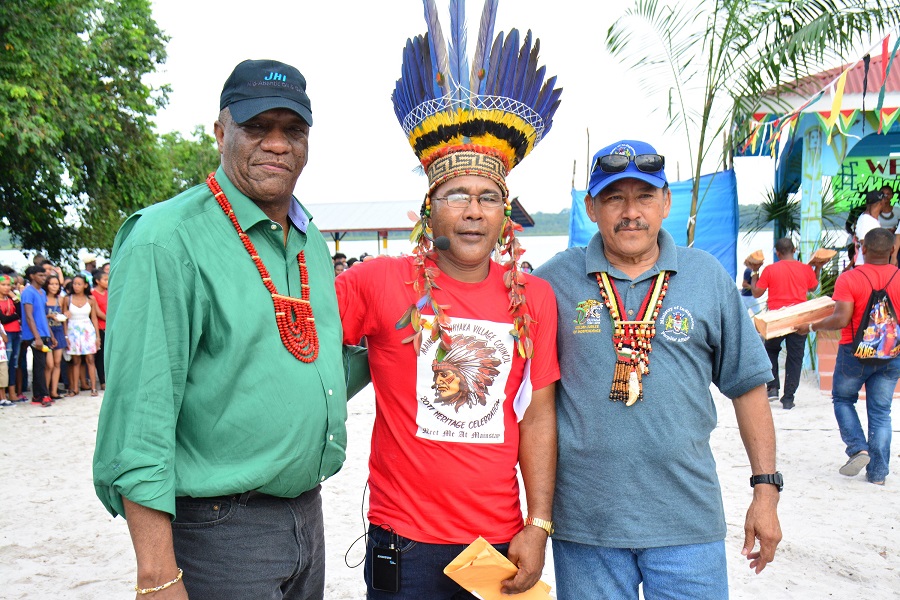 Georgetown, Guyana – (July 12, 2017) President David Granger, this evening, used the occasion of the reception to mark the of the 201st anniversary of the Declaration of Independence of the Argentine Republic at the Marriott Hotel, to celebrate the close and cordial ties between Guyana and that country since the establishment of formal diplomatic ties on October 6, 1972.

Toasting to continued strong bilateral relations, President Granger said, “Guyana expresses its appreciation for the support provided by Argentina in defence, education, health, sports and other fields. We look forward to continued cooperation with Argentina” in the areas of renewable energy, the exploitation of its forests in a sustainable manner and restoration the restoration of lands damaged by irresponsible farming, logging and mining.

Noting that the two countries continue to collaborate within regional institutions; the Union of South American States (UNASUR), the Common Market of the South (MERCOSUR) and the Community of Latin American and Caribbean States (CELAC), the Head of State said that they share the common values of respect for each other’s territorial integrity and sovereignty; non-interference in the internal affairs of states; respect for treaties and international law and the maintenance of peace and security.

Instead of the traditional Independence cake, the Argentine Embassy honoured President David Granger with a birthday cake. The President will be celebrating his birthday on Saturday.

“These fora provide us with the opportunity to work with other liked-minded states of the South to address issues of economic and social development of our peoples and promote the principles of peace, democracy and promotion human rights. Guyana and Argentina can look forward to working together to preserving the southern hemisphere as a zone of peace,” he said.
Meanwhile, Argentina’s Ambassador to Guyana, Mr. Luis Alberto Martino in his remarks informed that Guyana and Argentina have not only consolidated on existing projects but also established new areas of cooperation such as healthcare. “A team of Argentine experts in the field of haematology visited Guyana on two occasions; October and November, on an assessment and capacity-building mission… During August 2016, Phase III of the project was executed, which involved a visit to Buenos Aires of three Guyanese experts to strengthen that capacity-building even further, Phase IV will take place in September 2017,” the Ambassador said.

In the area of art and culture, Ambassador Martino announced that between September 2-9, a team of experts in plastic arts will visit Guyana to work with the National Art Gallery at Castellani House on a project that will see the restoration and preservation of around 40-50 pieces of Guyanese art work. In the field of sports, the two countries are engaged in bilateral discussions with a view of bringing Guyana an elite technical director from Argentina to train local rugby players.

There has also been significant cooperation in the area of defence. The Ambassador informed that a graduate from the Colonel Ulric Pilgrim Officer Cadet School is now part of a three-month long voyage across the Atlantic Ocean with the Argentine Naval Military.

The Argentine Republic emerged from the historic Congress of San Miguél de Tucumán of July 9, 1816, when delegates declared the Independence of the United Provinces of South America.