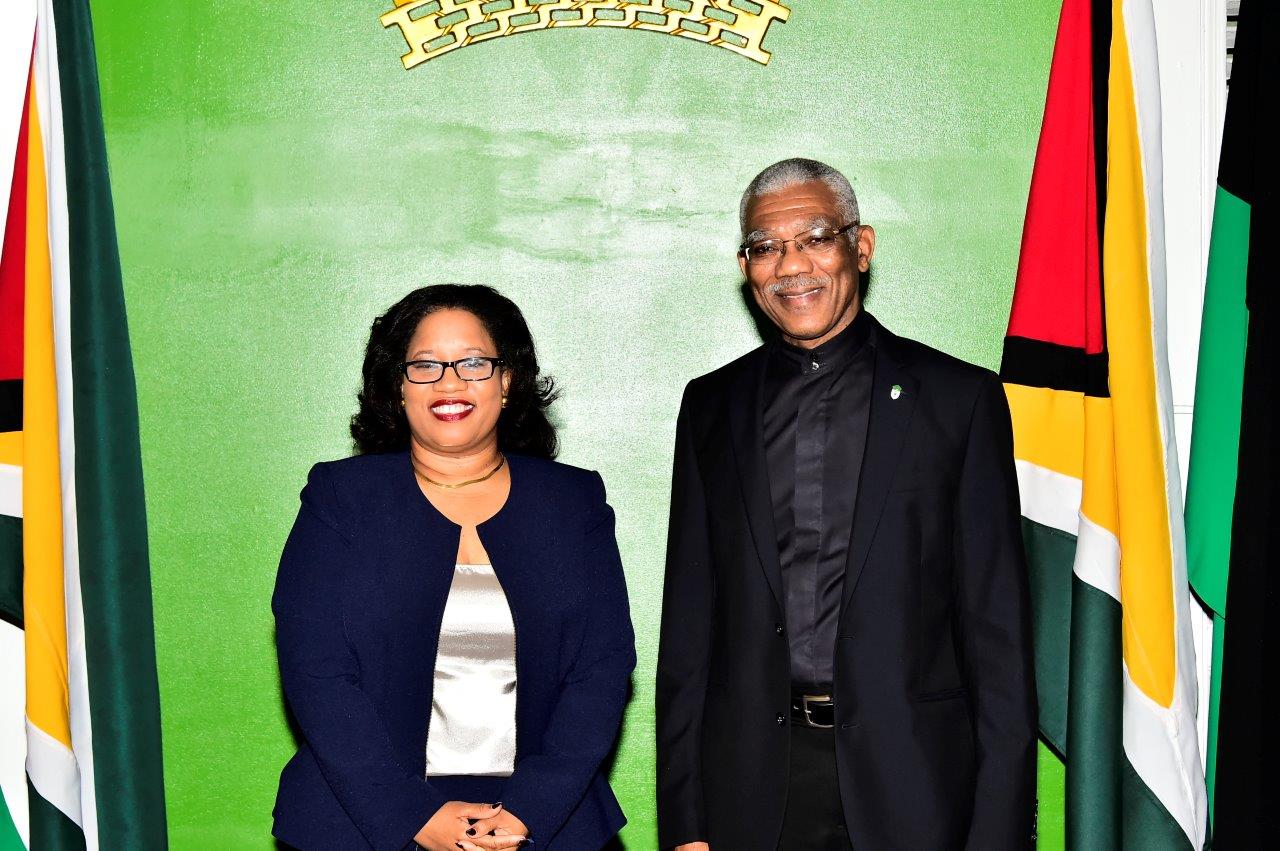 Georgetown, Guyana – (June 21, 2017) President David Granger, today, administered the oath of office to Attorney-at-Law, Ms. Dela Attakuma Britton as Guyana’s first female Chairperson of the Public Utilities Commission (PUC). The swearing-in ceremony, which accorded with Chapter 25:01 of the Constitution of Guyana, was held at State House in the presence of Minister of State and Acting Minister of Foreign Affairs, Mr. Joseph Harmon and Minister of Public Telecommunications, Mrs. Catherine Hughes.

President Granger said that the PUC has enforced a regime of regulation, which safeguards the public interest without jeopardising the economic sustainability of utilities. “The Public Utilities Commission… regulates utilities, which provide economic and societal services to businesses, private individuals and the Government. The availability of water, electricity and communication services are associated with a higher quality of life and a high standard of human and societal well-being, throughout the country and the reduction of inequality. These services also contribute to the creation of wealth, the generation of employment and the sustaining of livelihoods and the provision of a good life,” he said.

The Commission, which was established by the Public Utilities Commission Act No. 26 of 1990, provides for taking of the Oath of Office of the Chairperson. The Commission “regulates, investigates and enforces the provisions of the Public Utilities Commission Act; makes rules for the quality and standards of service to be maintained by a public utility and, in this regard, is empowered to initiate and conduct investigations into the operations and standards of service provided by any utility; ensures that public utilities provide adequate, efficient, non-discriminatory and safe services to the public [and] ensures that just rates are proposed, demanded and received by any public utility.”

President Granger extended congratulations to Ms. Britton on her appointment and wished her success in the discharge of her functions. She replaces outgoing Chairman, retired Justice Prem Persaud, who proceeded into retirement in March 2017, following nearly two decades of service to the PUC. The President also expressed confidence that Ms. Britton will receive the full support and cooperation of the other Commissioners of the PUC and thanked them for their service over the past 27 years. He also applauded the service provided by Justice Persaud during his tenure as Chairman.

In an invited comment, Ms. Britton, who has been a serving as PUC Commissioner, said that she is ready to take on the role. She also said that while the PUC boasts “a dynamic group of professionals and the Commissioners have been there for some years” it would need to seek additional skills to execute its expanded mandate once Guyana’s Telecommunications Sector is fully liberalised, in keeping with the Telecommunications Act.

President Granger assented to the passing of the legislation in August 2016, in keeping with his mission to foster an open and competitive environment, which is drive by technological developments. Ms. Britton said, “Our mandate, under the new regulations, will expand beyond what… is currently in place so… plans are afoot right now to have all the things in place before liberalisation would come into force.” 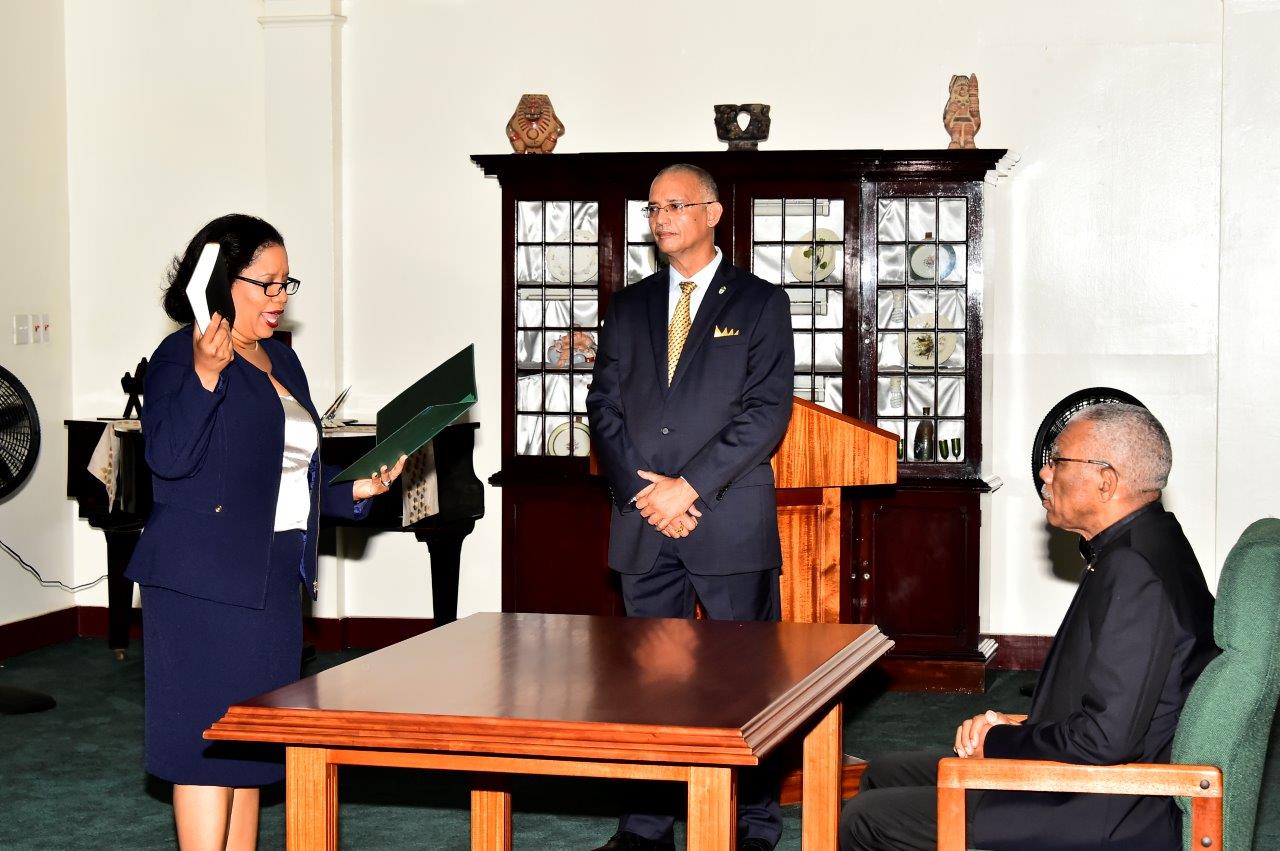