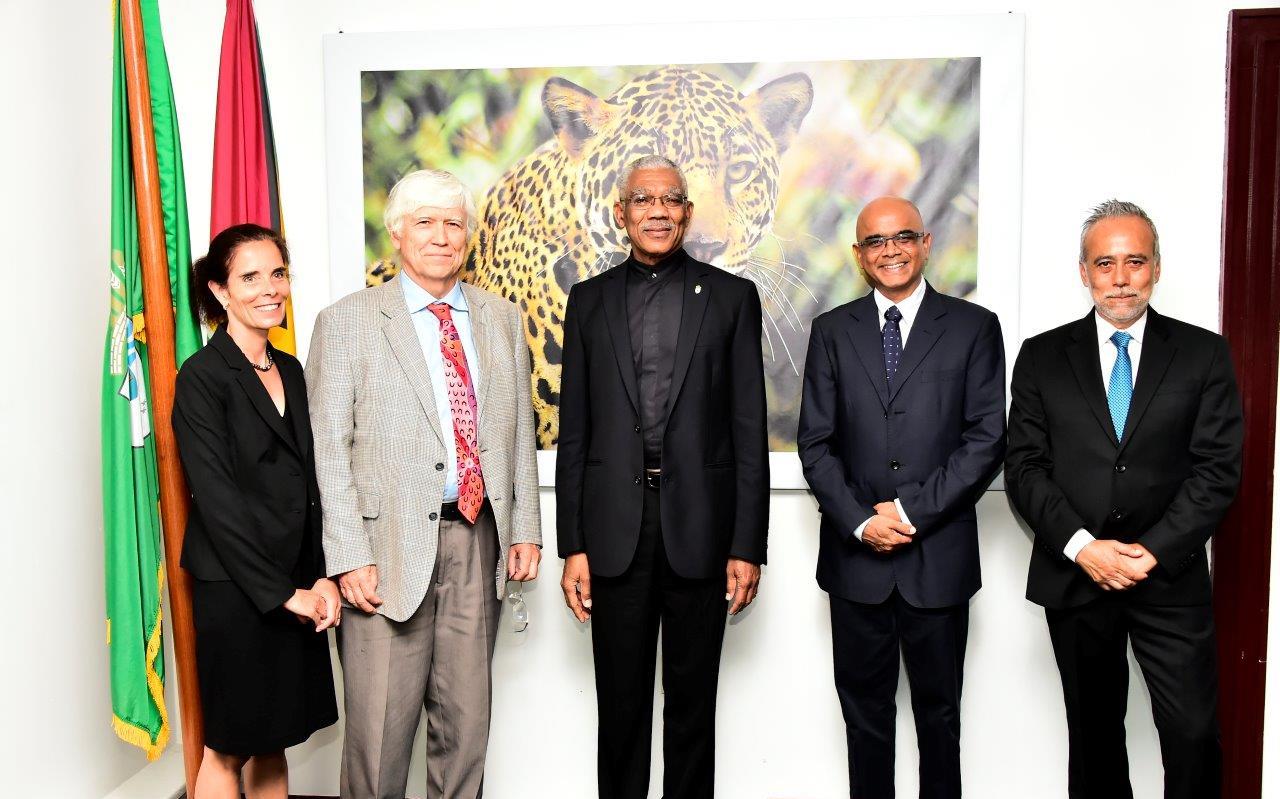 In their discussions, Dr. Mittermeier said that Guyana is one of the few countries in the world with the highest forest cover and is well-positioned to be the global face of the Guiana Shield. He noted that given the country’s stance in the global arena with regard to environmental protection, many other countries and international organisations will be looking to Guyana for partnerships. “The ‘green’ state is a great marketing tool for eco-tourism,” he said.

President Granger said that the ‘green state’ is not merely a platform or a slogan. It is something that he genuinely believes in as the way forward for Guyana’s development. Expansion of the protected areas system is an important aspect of the ‘green’ state agenda and President Granger said that “every region in Guyana is unique and must have their own protected areas system. It will be tragic to not protect what we have.”

Dr. Singh reiterated that the ‘green’ state vision is shared by CI. He informed that his organisation has been working closely with the Department of Environment and the Protected Areas Commission to develop a framework for the expansion of the protected areas system, which should be completed by the end of July.

Established in 1987 in the United States, CI is non-profit environmental organisation with a mission to protect nature and its biodiversity for the benefit of humanity. Today, the organisation has more than 30 countries with over 1000 partners, ranging from governments to indigenous groups, multi-national corporations, community leaders and international inter-governmental organisations.​