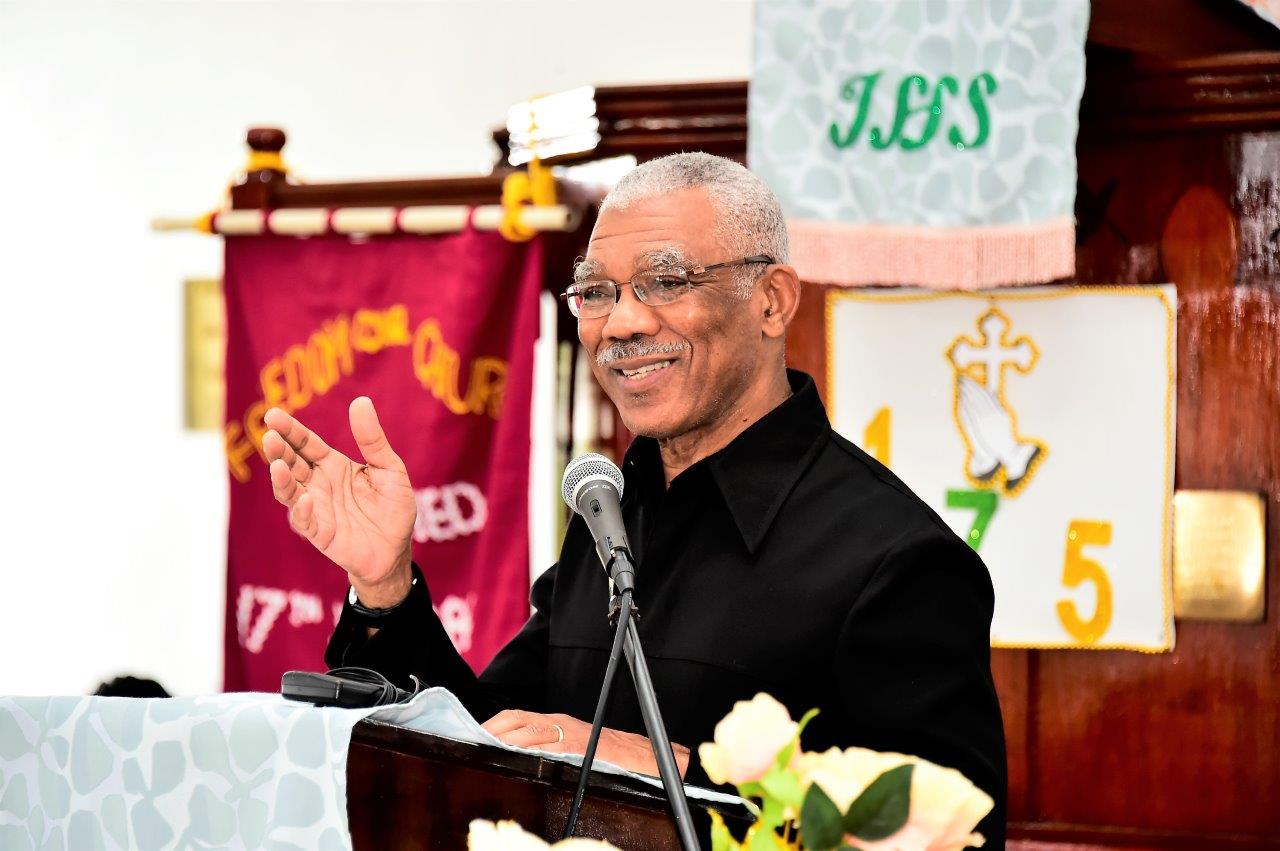 Georgetown, Guyana – (June 18, 2017) President David Granger said that the church must recapture the spirit of community and should stand as beacons of hope to dispel despondency and contribute to the overall development of strong communities. He made these remarks today at the Freedom Congregational Church at Stewartville, West Coast Demerara where he joined with members for a special service to celebrate the church’s 175th anniversary, which was held under the theme “Champions of freedom impacting the world of Christ.”

“Our communities and our villages cannot be allowed to falter or to fail but the Government cannot repair the damage alone. There needs to be a collaborative effort between the State and the church; between the communities and non-governmental organisations… The church can propel itself forward by its continued service to citizens and communities. The church can remain relevant and vibrant by combining the profession of faith and practice of works,” the Head of State said.

As the church celebrates its 175th Anniversary, President David Granger urged the congregation to recapture the spirit of community

He explained that congregationalism and communitarianism are two sides of the same coin and that it was in recognition of this very fact that he established a Ministry of Communities and designated November 7 of every year as ‘National Day of Villages’ to ensure that Guyanese can remember and honour their roots. These villages, which the President described as the “cradle of society”, are built on four pillars. These are the school, the church, the farm and the home. However, over the years, many of these villages have suffered tremendously as a result of moral and economic decline. 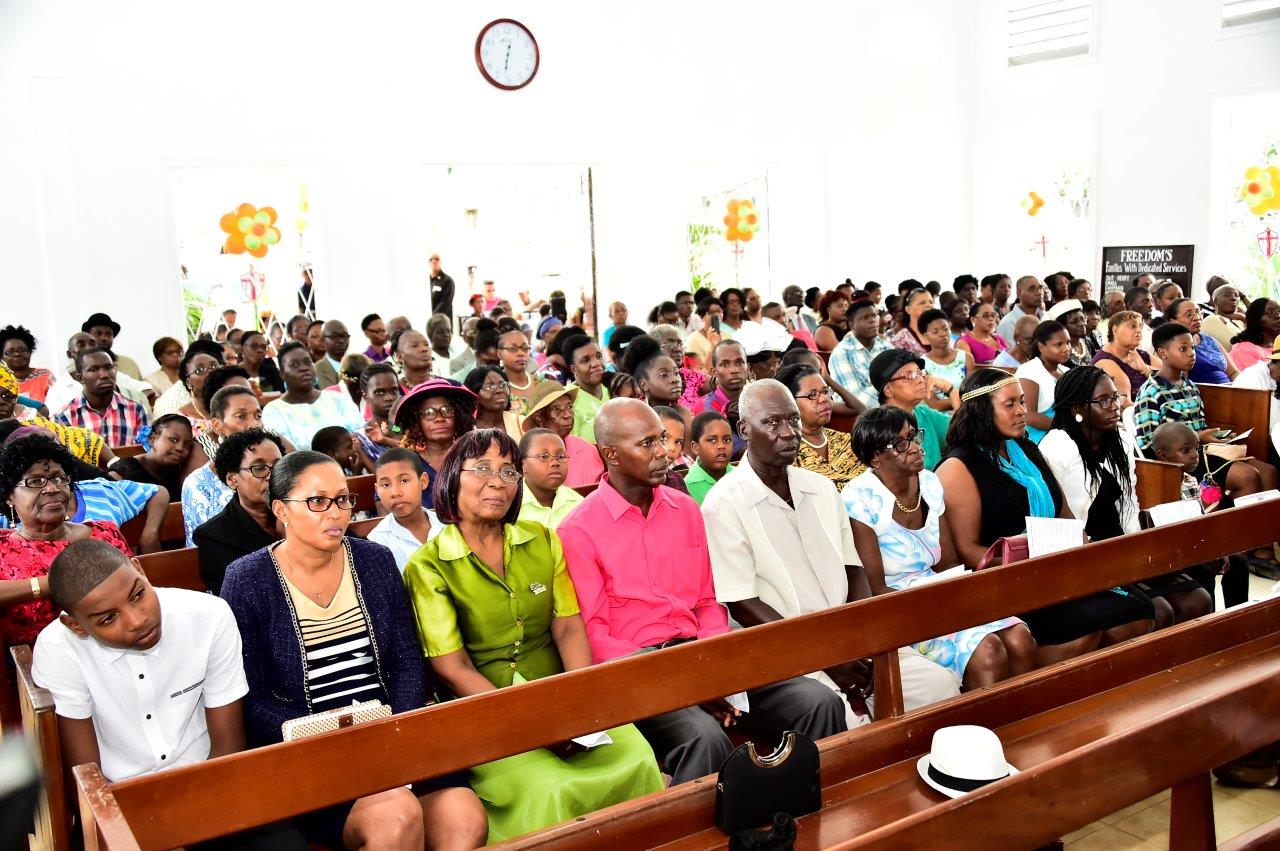 A section of the congregation at the 175th Anniversary of the Freedom Congregational Church at Stewartville, West Coast Demerara

He reminded that it was the Congregationalists played an important role in both the pre and post Independence period. “Congregationalism is a powerful faith but we must build on that strong foundation that our forefathers built over the one and three-quarter centuries,” the President said.

These sentiments were shared by Pastor of the church, Reverend Valeska Austin, who said that the Freedom Congregational Church stands today as the proud legacy of their forbearers and urged her congregation to be proud of that legacy and to recommit to the strengthening of the missionary spirit. 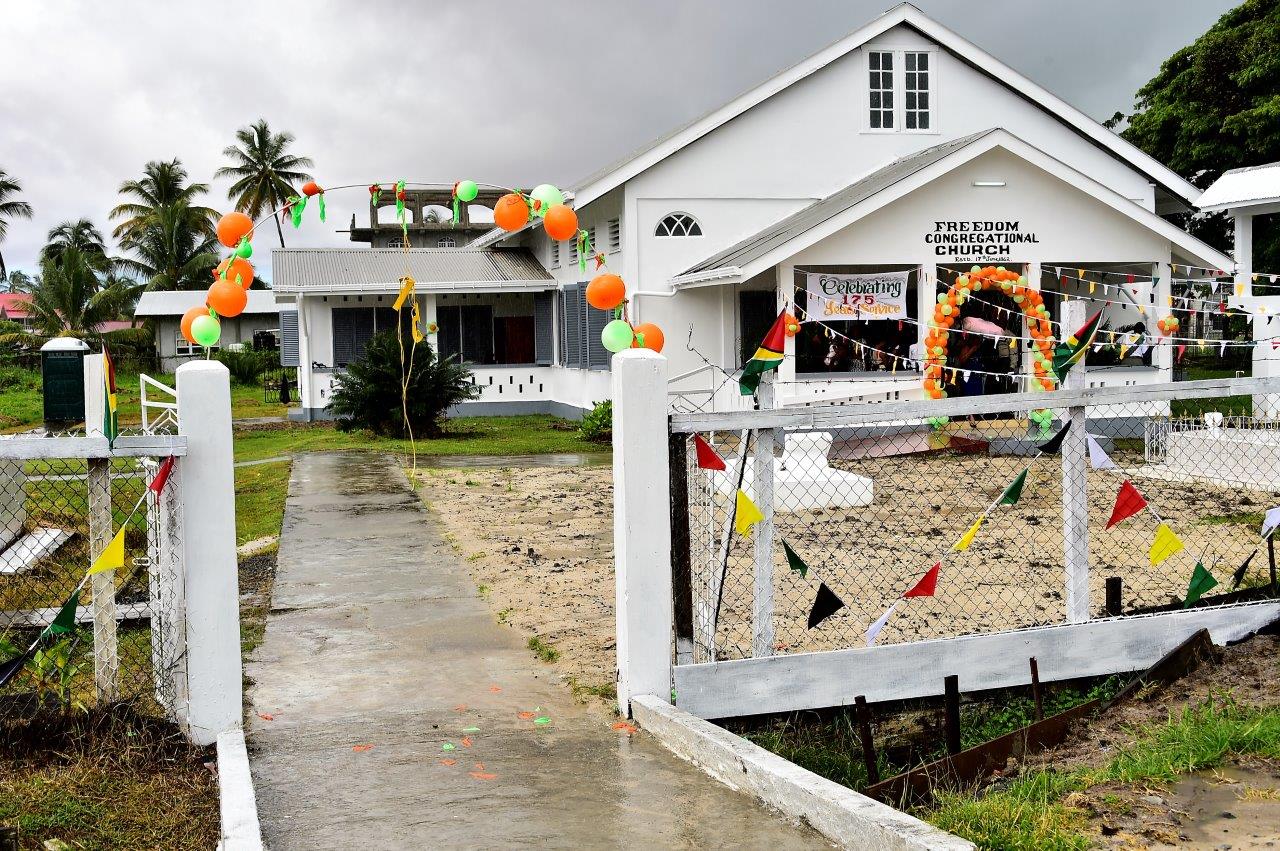 The church, which was first opened on June 17, 1842, is one of the three churches, which comprise the West Coast Demerara group of Congregational Churches. The other two are located at Den Amstel and Hyde Park. It is recorded that in the early 1840s shortly after the end of slavery, when the first set of lumber arrived at the site for the construction of the church, the freed Africans were overjoyed and began chanting “freedom lumber come” and that it how the church was given the name Freedom Congregational Church.

Today’s service, which featured songs, dances and a well-orchestrated drill and parade by the Pathfinders from the Seventh-Day Adventist Church, saw a large turnout including members of sister churches as well as residents of Stewartville. Mr. John Adams, who is a representative of the Coalition Government in Parliament and Adviser to the Minister of Education, Ms. Cheryl Sampson were also in attendance.