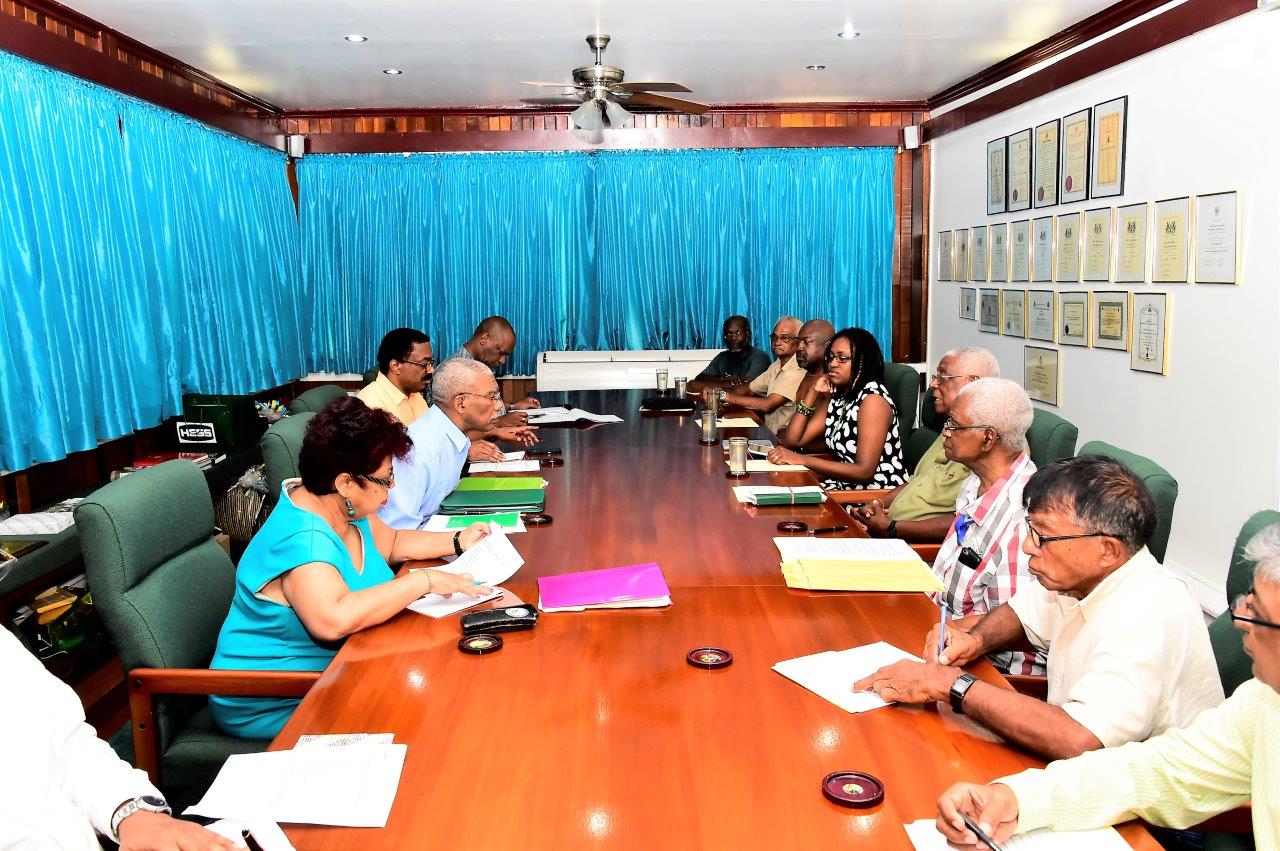 Georgetown, Guyana – (June 17, 2017) The Working People’s Alliance (WPA) remains a strong an integral member of the Coalition Government and Minister of State, Mr. Joseph Harmon said that this morning’s meeting between executive members of the party and President David Granger has served to reaffirm that the system of communication among parties will be reinforced and will remain strong.

The Minister of State made these comments in an invited comment following the meeting at State House, which saw the participation of nine members of the WPA executive after they had asked to meet with the Head of State, following the reassignment of former Minister of Education, Dr. Rupert Roopnarine to the Ministry of the Presidency with specific responsibility for the public service and a Department within that Ministry to oversee innovation and reform in the education sector.

While the WPA had complained about the lack of consultation on the decision, the President indicated that there had been consultation and that there is an existing system of communication between Government and the political parties that make of the Coalition.

Minister Harmon said, “The President explained that he did, in fact, consult but they felt that the consultation should be wider and deeper. The meeting this morning was about dealing with how we will consult and the way forward. The President did, in fact, explain that the way the Coalition Government is structured is that there are representatives of the parties in the Cabinet and in the National Assembly and it is really a responsibility of the representatives of that party in the Cabinet [and National Assembly] to ensure that they keep the [party members and] the executives briefed on what is taking place in the Government.”

Describing the meeting as cordial, the Minister also said that the WPA executives expressed that they understood that it is within the jurisdiction and authority of the President to assign or reassign Ministers as needed. “His Excellency was very clear on the rearrangement, which needs to stay in place so that our Coalition Government remains very strong and that is to say that all the parties within the Coalition Government; the six parties, that we hold all of them as integral to the formation of our Government and we will continue to communicate with those parties… I think that the respect for the President’s decision was there throughout and, quite contrary to what some people out there are saying, the WPA is a very strong part of the partnership and a very strong part of our coalition Government,” he said.

Expanding on one of the significant role that Dr. Roopnarine will now hold at the Ministry of the Presidency, Minister Harmon said that innovations and reforms are critical to the education sector and this is the ultimate responsibility of the President of Guyana. He said, “The President has made it actually very clear that he is not prepared to allow our children access to an education system, which fails them and we have to take steps and we have to make the decisions, which are necessary in the interest of the children of this country.” The new department will allow for the development of policies and programmes needed for the long term development of the sector and will also allow the Minister of Education to be able to focus on the day to day implementation and administration of the sector.

“The COI [Commission of Inquiry into the Education Sector] pointed to that fact and what the President extracted out of that was that what was needed was some entity, which did not burden the Minister of Education in dealing with matters going forward; innovation, reforms and so on, in the education sector. So His Excellency recommended that we create a department that will oversee these initiatives and so this is how that came up, and in fact, [during] the meeting, this morning, they recognised that too. They said they were happy about it and they recognised that it was a good move and that His Excellency actually read the report very thoroughly and understood what was going on,” Minister Harmon said.