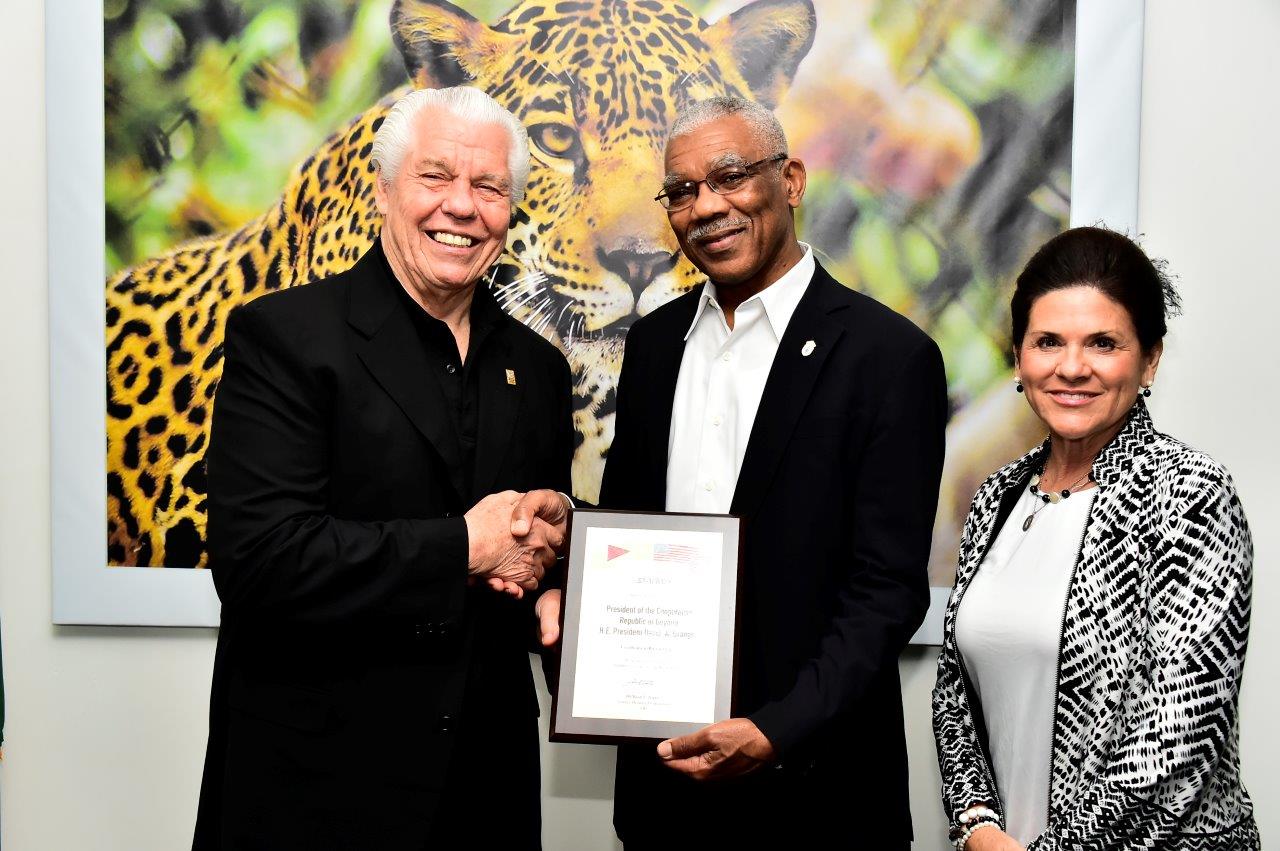 The team gave President Granger an update on their work in Guyana, which commenced last year, to assist persons with hearing impairment, giving them a chance of a better quality of life. Yesterday, over 560 persons were outfitted with hearing aids free of cost at an outreach at the National Exhibition Centre.

The team also informed the Head of State of a training programme that they have started for local personnel in order to make this hearing mission in Guyana sustainable. The President thanked the Starkey Foundation, noting that the service that they are providing to Guyanese with hearing disabilities is an extremely important one.

The foundation, which was started in 1984 in the United States, has now expanded its reach across the globe. It believes in using hearing as a vehicle to reflect caring and improving the lives of individuals and families. The Foundation has provided more than 1.9 million hearing aids to people in over 100 countries

Remarks by His Excellency David Granger at the ‘Green’ Multi-Stakeholder Steering Committee meeting held in the Baridi Benab at State House May 3, 2017

Remarks by His Excellency Brigadier David Granger on the occasion of the Arrival Day and the 179th Anniversary of Indian Arrival in Guyana at Plantation Highbury, East Bank Berbice May 5, 2017