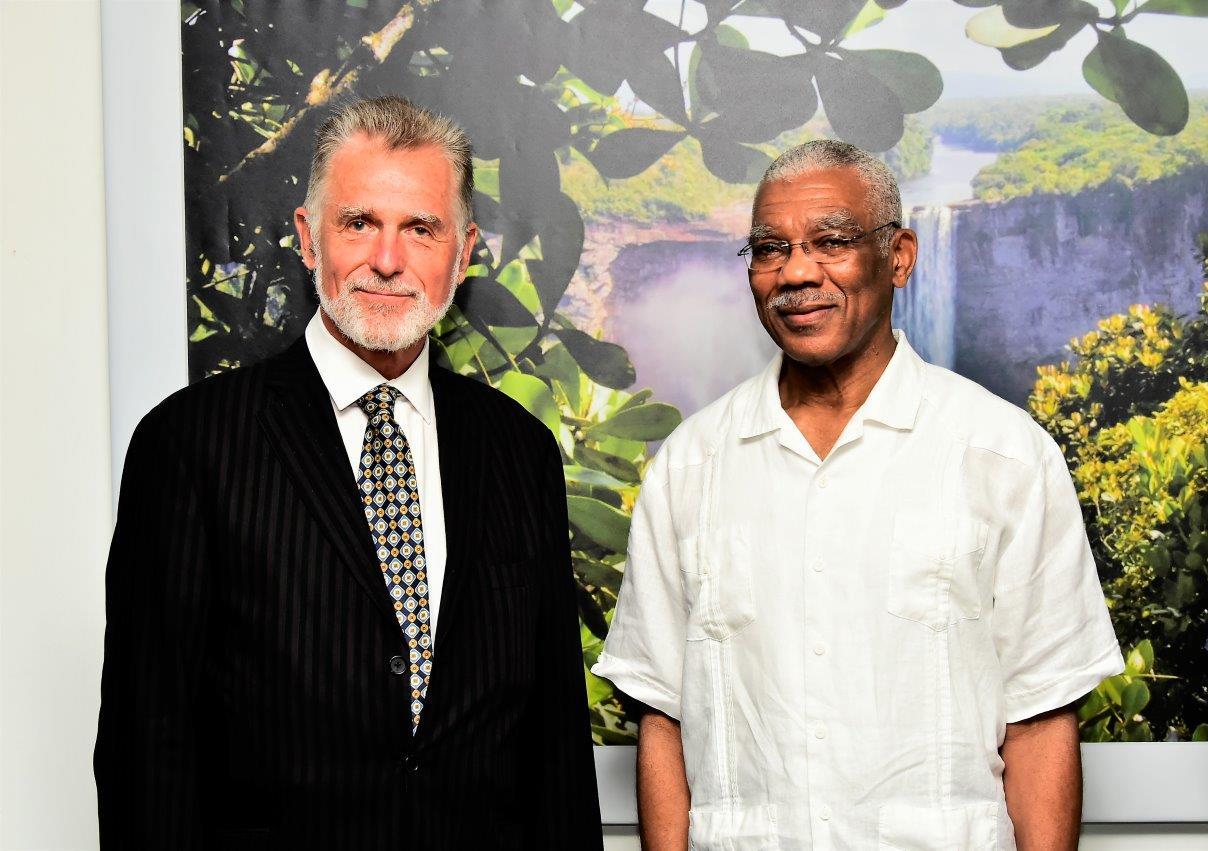 Georgetown, Guyana – (June 2, 2017) President David Granger, today, received a courtesy call by German Ambassador to Guyana, Dr. Lutz Hermann Gorgens whose tour of duty comes to an end in a few weeks. He was accompanied to State House by Honorary Consul of Germany to Guyana, Mr. Ben Ter Welle.

During their brief discussions, the outgoing Ambassador informed the President that under the third phase of the Protected Areas Project, which is being funded by the German Development Bank, KFW, a budget line is available to cater for income-generating projects for Amerindian communities that are in close proximity to those protected areas.

This comes in the wake of a recent matter in Chenapau, Potaro-Siparuni (Region Eight), where a number of miners were arrested for illegal mining in the Kaieteur National Park area.

Last September, the Government inked a US$5M agreement with the German Government to support the implementation of the ongoing Protected Areas Project, which is in keeping with the objectives of the country’s ‘green state’ development agenda.