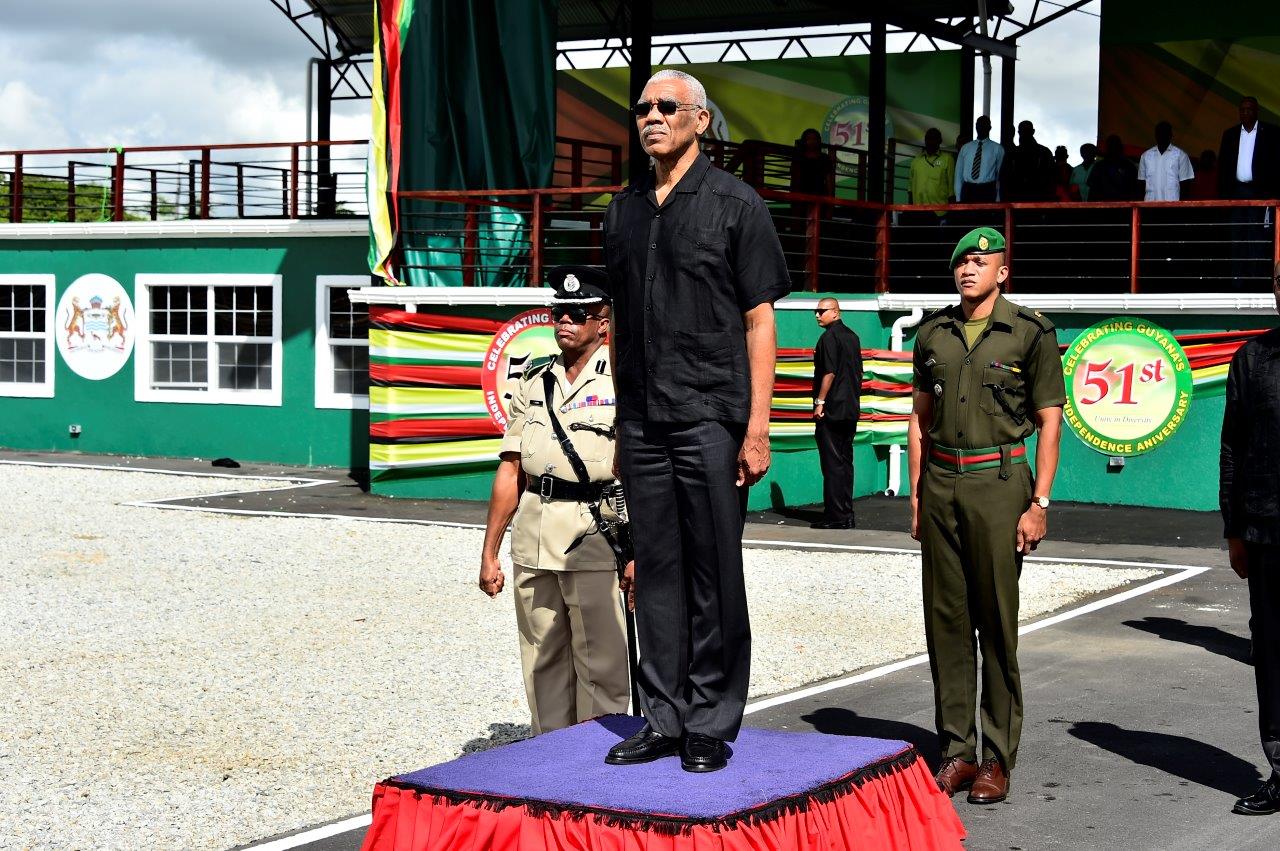 Georgetown, Guyana – (June 2, 2017) President David Granger, this morning, attended a farewell parade organised by the Presidential Guard Service in honour of Assistant Commissioner and Head of the Presidential Guard Service, Mr. Brian Joseph, who proceeds into pre-retirement leave. The event, which was held at the Durban Park, was also attended by Prime Minister Moses Nagamootoo and Minister of State, Mr. Joseph Harmon.

In his farewell address, Mr. Joseph said that retirement has essentially left him in an unfamiliar limbo since his life, for the past 35 years, has been centered on the Guyana Police Force, which he joined in 1982. Nevertheless, he noted that there are many opportunities yet to be explored in this new phase of his life.

He expressed gratitude to his family, particularly his wife and mother, for their unwavering support over the past years. He also thanked his fellow officers and urged them to continue to strive to uphold the principles of the Force. “Continue to work selflessly with zeal and zest for the people of this great nation. Hold your head up because the job you do, [although] sometimes thankless, makes a difference. Take nothing for granted because even though the situation may seem calm and under control, you must remain vigilant so that those with nefarious designs do not succeed in their plots,” he said.

Mr. Joseph was first posted to the Tactical Services Unit to perform duties out of the Water Street Beat Duty Centre in plain clothes. He was then transferred to the Prime Ministerial Guard in 1985, where he served under late Presidents Hugh Desmond Hoyte and Dr. Cheddi Jagan until 1995.

His employment and experience within the Force from 1995 to present was met with a number of successes in Command posts spanning ‘A’, ‘B’, ‘D’ and ‘G’ Divisions, but none more successful than his tenure as Traffic Officer between October 2011 and February 2013. During this period, the Force recorded the lowest accidents figures in almost half of a century in 2012 with 1, 638 accidents and the lowest number of road fatalities in 26 years with 102 deaths that same year.

Additionally, during his tenure as ‘B’ Division Commander, serious crimes were reduced by almost 50 percent. Mr. Joseph also attended a number of training programmes facilitated by the Force at the University of Guyana and in other regional and international jurisdictions including Jamaica, Barbados, Trinidad and Tobago, San Salvador and Mexico.