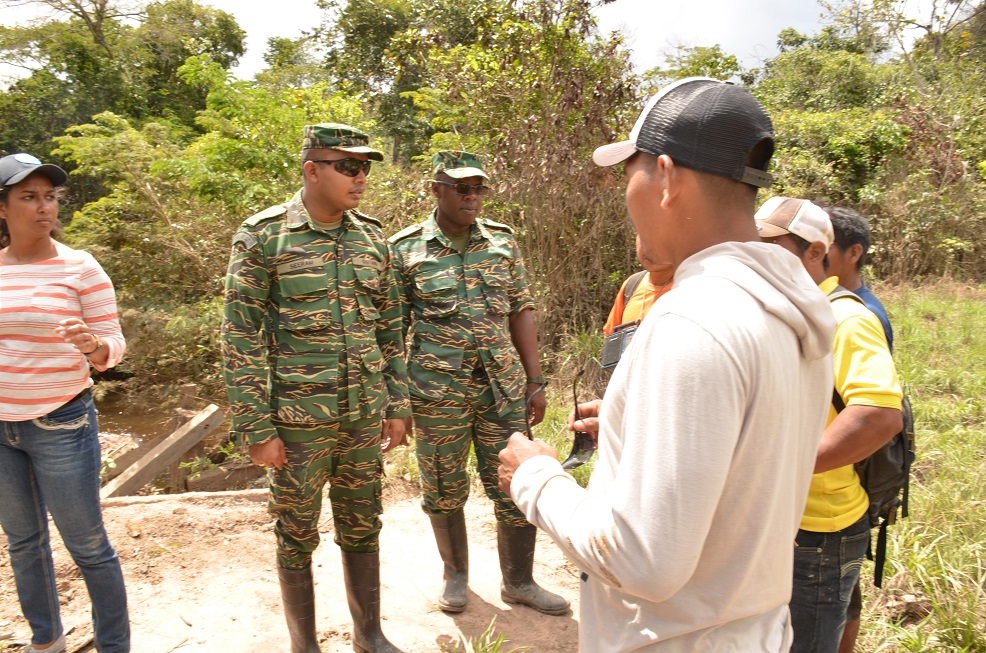 Georgetown, Guyana – (May 26, 2017) The team from the Guyana Water Incorporated (GWI) and the Guyana Defence Force (GDF) Engineer Corps, which were dispatched to the flood-affected communities in Potaro-Siparuni (Region Eight), have completed their assessments and are in the process of preparing their reports to hand over to the administration for action. This is even as the residents have expressed their satisfaction with the response by the Government to their needs after the devastating flash flood last week, which left several homes destroyed and villagers displaced.

After Minister of State, Mr. Joseph Harmon’s visit last Sunday to the villages of Itabac and Kanapang, which suffered infrastructural damage, two engineers from the Guyana Defence Force (GDF) as well as technical staff from the Guyana Water Incorporated (GWI) were deployed by the Government to conduct an assessment of the damaged roads and buildings and to facilitate water quality testing and set up purification systems, with a view to determining the long-term response that will be required from the State.

The damage to the road between Kanapang and Itabac, which was one of the major concerns raised by the villagers during the Minister’s visit, was examined by Captain Daniel Seeram, Officer Commanding 42 Field Engineers Company and Captain Jocelyn McAllister, Engineering Officer. They also examined the school building and houses, which were badly damaged.

In an invited comment, Captain Seeram said that the team conducted assessments and observations in Itabac, Kanapang and Kaibarupai. The initial assessments, he said, were made for general infrastructure in the villages, approaches to the villages, the trails and bridges, along with any damage done to homes and Government buildings.

“One major concern was the bridge and that is totally displaced and dilapidated. The rise in the water level and the force of the water shifted the bridge off of its trestles making it impassable by vehicles and other transportation. The trails between the Bridge and Itabac are also in a deplorable state. This is a hazard for persons moving between the villages. In Kanapang, also, the airstrip is unserviceable resulting in planes landing in the ball field,” Captain Seeram said.

“The Government has been doing a good job in sending food stuff and other relief for the people here and it has been very good so we want to say thanks. For everyone here particularly, who have lost all that they had, it means a lot and the village of Kanapang says thank you,” she said. 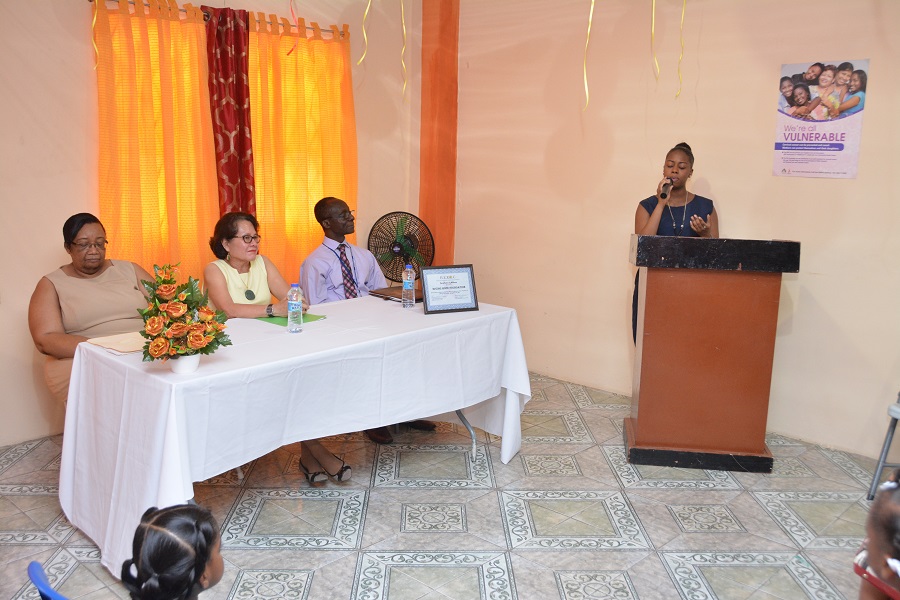 Mr. Yaron Jaron, another resident, said that while he has lost everything, he is hopeful that the Government will provide the necessary assistance to help him to rebuild. “The Government has been helping and I would be appreciative of the Government’s help to rebuild,” he said.

Meanwhile, a team comprising representatives from the Ministry of Public Health, the Ministry of Indigenous Peoples’ Affairs and the GWI visited the affected communities to conduct further assessments of the damages and impacts to housing, agriculture and water. Thus far, GWI said that the water system in the community of Kanapang was reported to have been contaminated; with the water in the well now having a very discoloured appearance. The well at Itabac, on the other hand, is currently unserviceable as the solar panel, which powers the well, was struck by lightning during a recent thunderstorm.

Mr. Jamal Duncan, Hinterland Engineer, said that the company has taken note of all the issues identified and will be working to address these in the coming weeks.

Mr. Michael Gouveia, Coordinator for the Hinterland Regions at the Ministry of Public Health, in an invited comment, said that the Ministry has been working with the villages to establish care instructions, which can guard against waterborne diseases. He noted that while there is no health crisis at this time in the region, the Ministry is ensuring that prevention measures are taken seriously. The Health team in the region comprises doctors, nurses, immunisation officers, environmental and health officers, veterinarians, surveillance officers and an official from the Pan American Health Organisation. 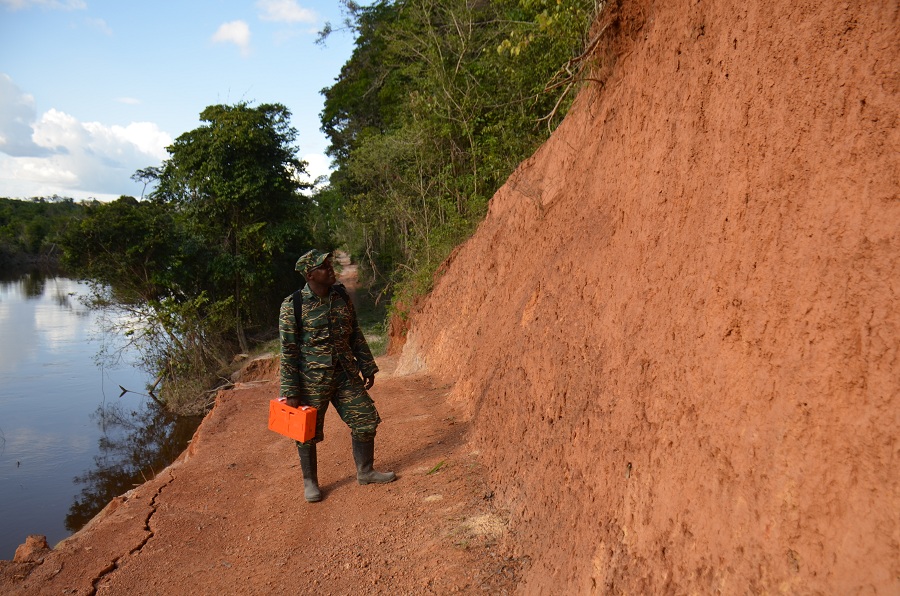 The condition of the road at Kanapang, Region Eight

In the meantime, over at Cuyuni-Mazaruni (Region Seven), joint field assessments continue to investigate the level and extent of flooding, in addition to the impacts to the communities.

While water has receded from some areas and mostly farmlands are now severely affected, Phillipai is reported to have experienced storms with very high winds during the previous period of heavy rainfall, which resulted in the felling of trees in the area. Additionally, the community has suffered several landslides resulting in several trails through the village, being covered in slush.

Reports were received that the airstrip in Paruima, which is approximately 60 feet above the normal level of the river, has been flooded. Additionally, erosion of the river bank has started to occur. The CDC however, has already deployed 142 relief hampers to its Forward Operations Centre at Kamarang for distribution to the communities even as it is preparing child-specific hampers for distribution to infants and school aged children in the flooded communities.

In addition, the RDC, which worked alongside the CDC earlier this year to complete the Regional Multi-Hazard Preparedness and Response Plan, has activated its Disaster Risk Management Committee and has been actively responding to the flooding in the area.