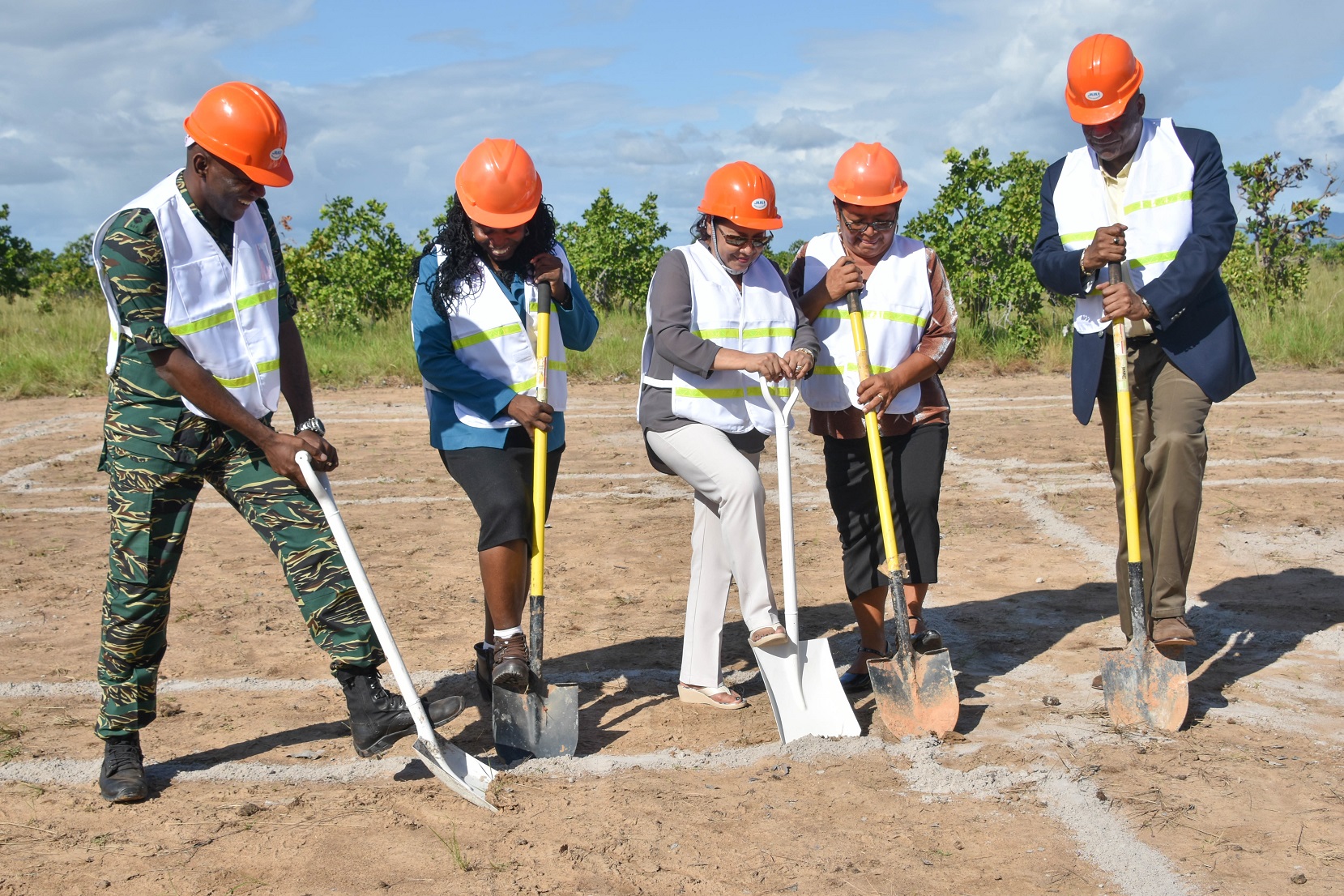 Georgetown, Guyana – (May 25, 2017) Minister of State, Mr. Joseph Harmon, today, urged the residents of Essequibo Islands-West Demerara (Region Three) to use the occasion of the country’s 51st Independence Anniversary to embrace each other irrespective of cultural, social or political differences and to work along with the Government to build a unified, socially cohesive society.

The Minister, who was at the time addressing residents and regional officials at the Region’s Flag Raising ceremony, held at the Regional Democratic Council’s Office at Vreed-en-Hoop, said that the country has come a long way but there is much more to be done, particularly in achieving national unity, where respect and appreciation of each other, regardless of the diversity, is present. This, he said, will significantly aid in the country’s development.

“We can only truly be united as a people if we understand and appreciate each other in all our diversity. True national unity has to be based on mutual respect, mutual trust and common understanding. At the basis of all this must be an appreciation of our respective histories including our struggles as separate groups before our Independence. I am convinced that our genuine appreciation of each other’s values and norms along with mutual trust and respect would help to bring about the social cohesion and national unity without which we would never realise our true potential as a nation. We will never develop by half or by fractions,” Minister Harmon said.

The State Minister noted that the thrust towards the establishment of an independent nation was a bold political decision but more than that, he said, it was an act of faith on the part of the country’s founding fathers and their conviction, that despite the differences and diversity, Guyanese would rise to the occasion and establish a united and prosperous nation. To this end, the Minister said that the Government is firm in its conviction that Guyana can only become a truly developed and prosperous nation on the basis of national unity.

“From the inception it was recognised that national unity was indispensable to our success as a people. Throughout our 51 years of Independence, there has been a consistent clarion call by all who would like to see Guyana foster true development, for national cohesion for national unity. In our quest for social cohesion and national unity, we can deduce many lessons from the historical struggle of our people in their peculiar circumstances throughout our history. Our common struggles against the colonial masters have set the stage for the moulding of our nation. No matter how deep our differences seem to be, the ties that bind us and the values that unite us far outweigh those differences,” Minister Harmon said.

He noted that while there are many, who for cheap political gain, are bent on preaching and practicing the poison of division, Guyanese must resolve to come together as one and cooperate for the good of their communities, their regions and ultimately, their country.

“Towards this end our Government renews its pledge to work towards making Guyana a nation in which we can build a truly inclusionary democracy. We shall continue to create the conditions in which all our people in all regions are allowed to play a meaningful role in order to create an enabling environment for the orderly development of the nation. We shall work towards a future that is culturally enriching, economically self-sustaining and politically cooperative. We shall never rest from working to fulfil our promise of a good life for all Guyanese. As we celebrate let us resolve to get to know each other better and to strive together to foster true development so that we can all enjoy the good life in our beautiful land; Guyana the free,’ the Minister of State said. 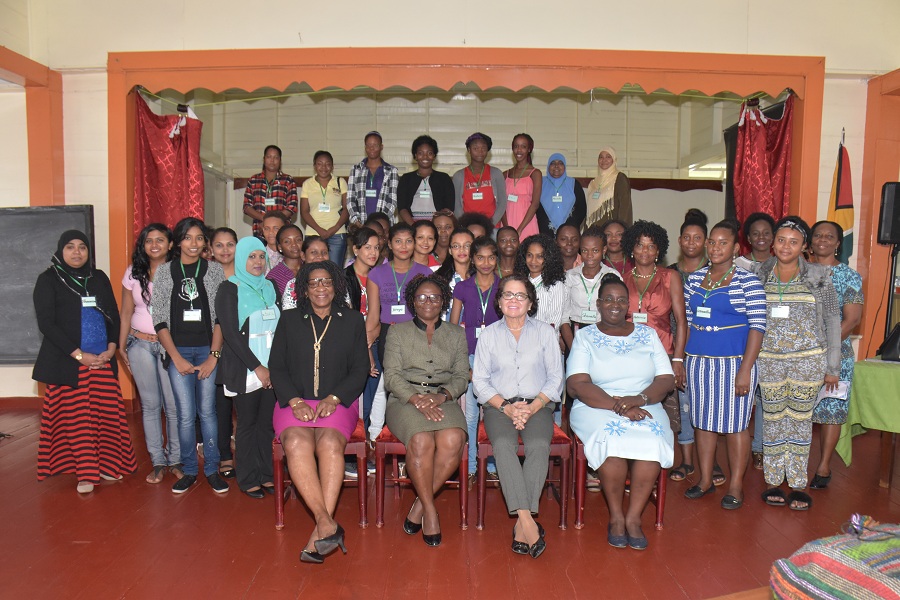 Minister of State, Mr. Joseph Harmon stands at attention as the Golden Arrowhead is hoisted. At the far left is Member of Parliament, Mr. John Adams and Regional Chairman, Mr. Julius Faerber while to his right is Regional Executive Officer, Mr. Denis Jaikarran.

Noting that the Government has taken the position that a united people is stronger that the forces that seek to divide, it will now get down to the task of not only pursuing a ‘green’ economy but economic prosperity as well so that all Guyanese can enjoy a better quality of life, in an independent state.

“Thus in our golden jubilee plus one year, in our 51st anniversary of independence, we are celebrating under the theme: “Unity in Diversity in a Green Economy.” This a most appropriate theme for it emphasises our unity, appreciates our differences and identifies the strategy for our economic thrust to prosperity, towards the provision of the good life for all our people whoever they are and wherever they may be,” he said.

Meanwhile, Chairman of the Region, Mr. Julius Faerber, in his remarks, echoed similar sentiments, noting that the future of any region or country depends on its people and their ability to unite and work together.

He noted that since Independence, steps have been taken in the country to ensure a unified, prosperous nation but the citizens must now work together and also do their part to ensure that the goals are achieved.

Before the Flag Raising ceremony, attendees were treated to cultural presentations including poems, songs and dances from the Good Intent Culture Group, the West Demerara Secondary School and the President’s Youth Award- Republic of Guyana (PYARG). 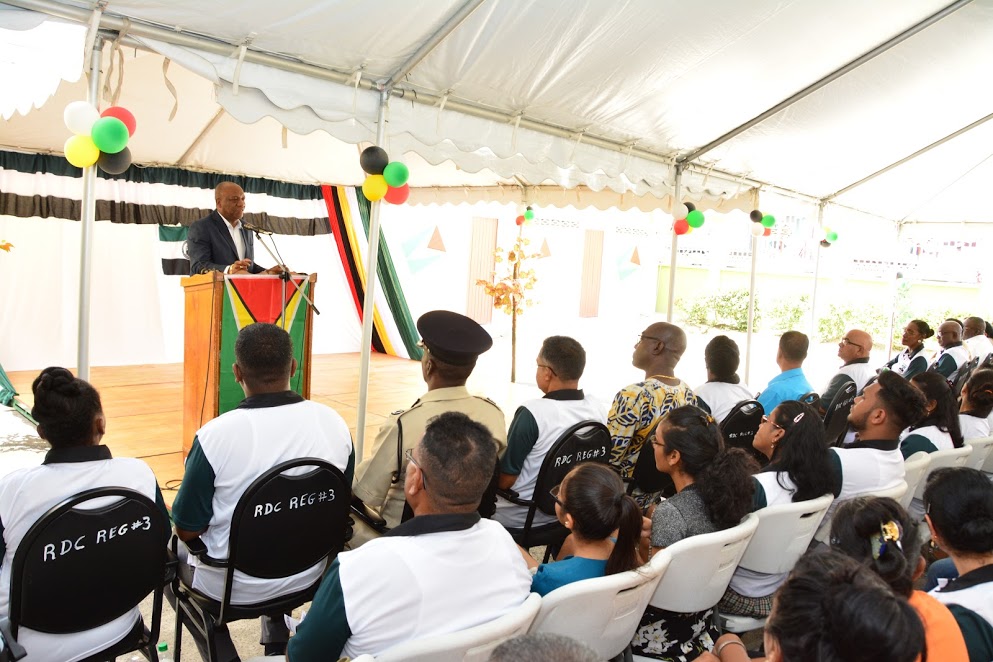