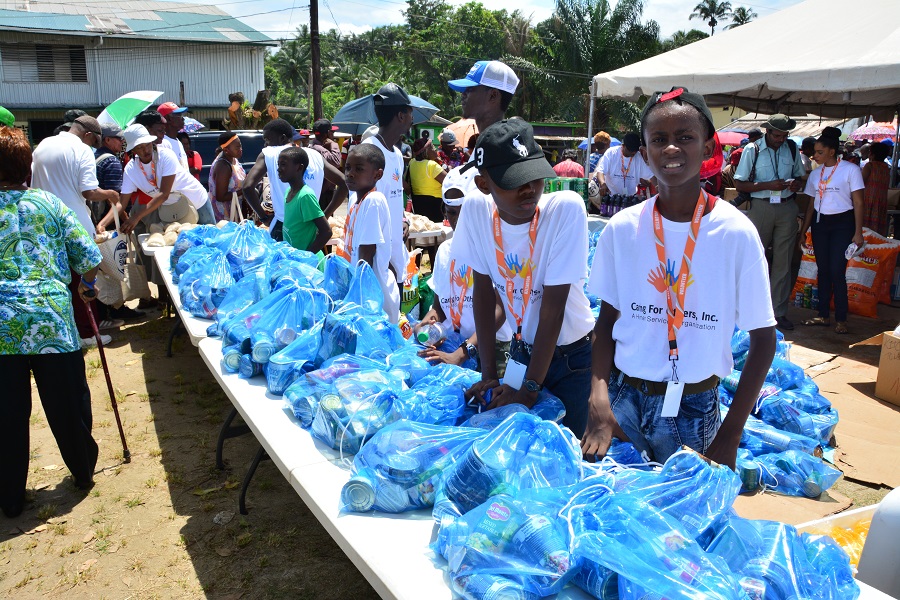 Georgetown, Guyana – (May 20, 2017) First Lady, Mrs. Sandra Granger, today, joined Founder and President of the Caring For Others Incorporated, Ms. Eslene Shockley, along with Minister of Social Protection, Ms. Amna Ally in the final leg of the organisation’s charity distribution exercise, which was held opposite the Wismar Market in Linden, Upper Demerara-Berbice (Region Ten).

Some of the young helpers at today’s distribution exercise

In her remarks, the First Lady commended Ms. Shockley for her generosity over the years.

“I met with Ms. Shockley two years ago, and she had expressed her desire to do something for people in the land of her birth and she has kept that promise … I know what she says she’s going to do; she does it far beyond your expectations. I am very grateful to [Ms. Shockley] for her [thoughtfulness] and the belief … that you do not treat people as if they are rejects … She gives the best of what she can, and we thank her,” Mrs. Granger said. 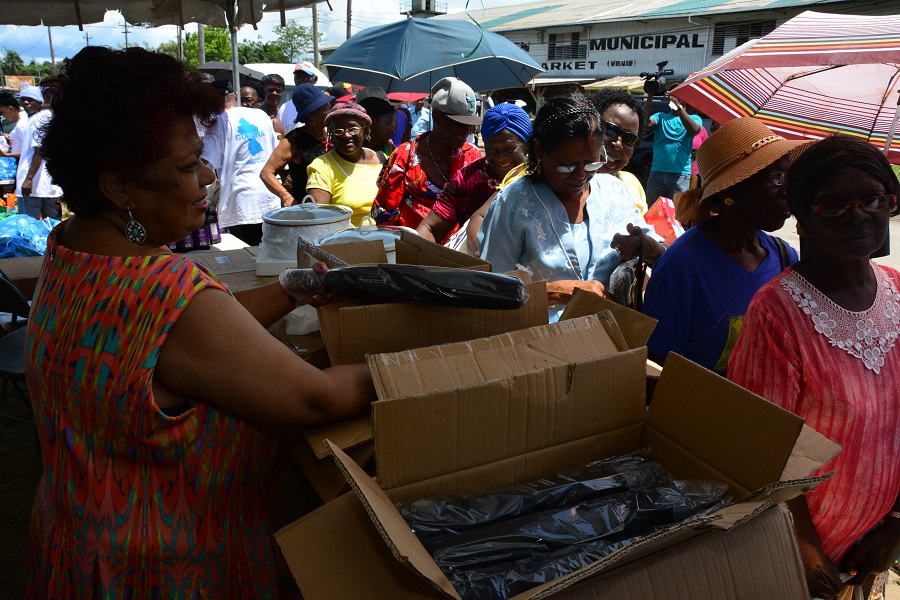 Minister of Social Protection, Ms. Amna Ally helped to distribute some of the items donated by Caring for Other Incorporated, today, in Wismar, Linden.

Minister Ally echoed these sentiments and praised the work that Ms. Shockley and her organisation has been doing throughout Guyana. She also said that the organisation had assisted the Government in bringing Christmas cheer to the children of Guyana. “We can do more for you with [the assistance] from people like Ms. Eslene Shockley… This has really been a success, not only for the people of Linden but Guyana,” Minister Allly said.

Meanwhile, Ms. Shockley pledged her organisation’s continued support to Guyana. “The poor is going to be with us always and we are not going to turn our backs; [we] are going to be here until the end,” she said. 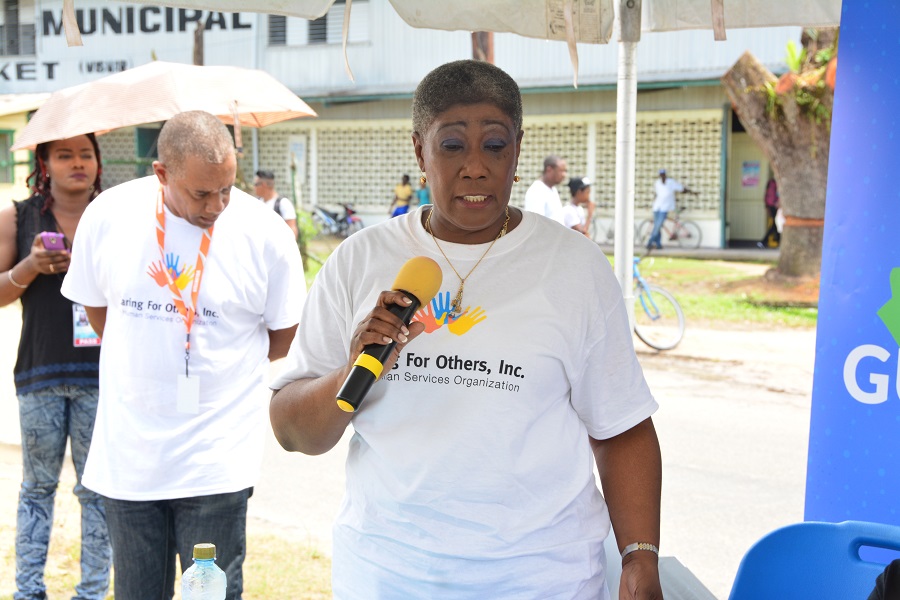 Founder and President of the Caring for Others Incorporated Ms. Eslene Shockley pledged her organisation’s continued support to Guyana