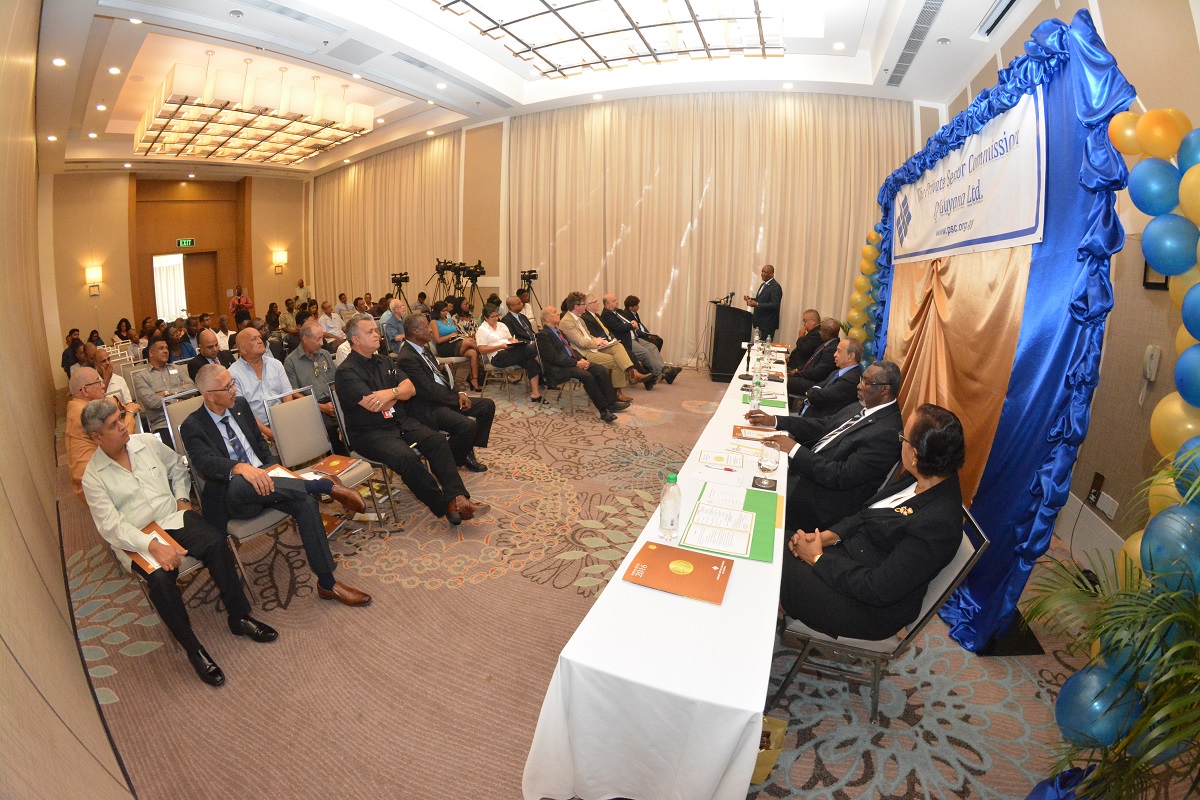 The training aimed to achieve a satisfactory level of knowledge transfer, where the participants were taught the principles of mass casualty management in keeping with the PAHO Mass Casualty System. The participants were required to complete a written examination as well as a practical exercise and achieve the 70 per cent minimum pass rate before they were awarded internationally recognised certificates.

During the one week training, which took place from May 8 to May 13, participants were provided with the requisite knowledge and skills that will allow them to effectively participate in the implementation and maintenance of an MCM system their organisation, community and region, to function as an effective team member in the Pre-Hospital Field Management of a Mass Casualty incident both locally and internationally, to enhance their ability to effectively function in the medical response and to understand the importance of following current trends as it relates to mass casualty incidents.

Director General of the CDC, Colonel (ret’d) Chabilall Ramsarup, who delivered the closing remarks, noted that critical to ensuring public safety and ensuring that systems are in place to mitigate the risks at mass gatherings, trainings must be continuously provided to representatives of key agencies.

“The way the world is going these days, we’re focusing on risk reduction…What we’ve done the past week is not risk reduction, but risk management. Why we did that is because even though we want to reduce risk, we also want to be prepared for that risk so we can manage it… We trained you for a specific purpose because if we do have a situation where we have to deploy search and rescue teams, we have trained personnel,” he said.

Mr. Ramsarup said that the workshop stemmed from the weaknesses, which were observed at recent large-scale, national events.

“We recognised that we really needed to put some things in place where there is a mass gathering not only in Georgetown, but we will have mass gatherings [on] independence night. All the regions in Guyana will be holding flag-raising [ceremonies] and people will gather en masse. So if something happens in Region Nine, we don’t have to deploy people from Georgetown. People should be trained and we are moving towards that so it will be a country more prepared if [an] incident [does] occur,” he said. 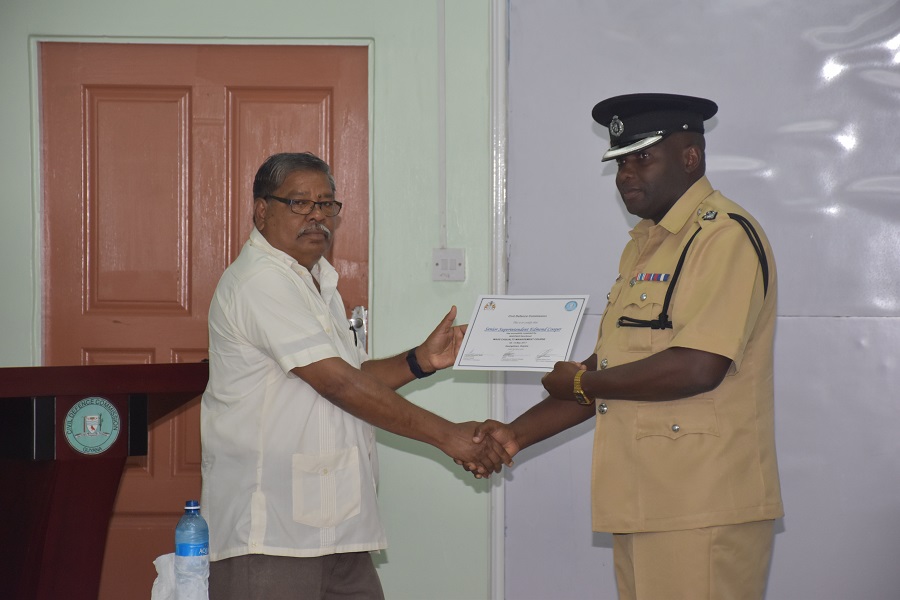 Colonel Ramsarup presents the Certificate of Participation to one of the participants from the Guyana Police Force.

The Director General said that the Government through Minister of State, Mr. Joseph Harmon, who has responsibility for the CDC and Disaster Risk Reduction Management and Disaster Response Coordination, has mandated the CDC to ensure that MCM systems are put in place at all major national events in the country. As such, Colonel Ramsarup said that it is important that the relevant persons are trained and equipped to deal with any incidents, which may occur.

Mr. Whitney Bacchus, a participant, from the Guyana Police Force (GPF), said that the workshop is helpful to participating agencies, such as the Guyana Fire Service, the GPF, the Guyana Defence Force and other related agencies in the conduct of their role at events where there are large gatherings.

“Over the last few days, one of the things that I have taken away is that preparedness is the most important thing. If you are not prepared, you cannot respond and save the lives at stake. We have been taught how important it is to be prepared and having your plans and knowing how it ought to be executed. We also learnt how important it is for persons to know and understand their roles so that given any situation, the agency and the individuals would know what is expected of them,” he said.

“The learning experience has been vast as this is a collaborative effort. We better understand how to respond to any mass casualty. We learnt that Guyana is not invisible even though we do not experience certain disasters. What is impressive is that at this workshop … all of the agencies work together in a collaborative effort and I think that these workshops need to happen more often. We must be prepared for anything of nature. We can’t fight disasters but we can be prepared,” he said.