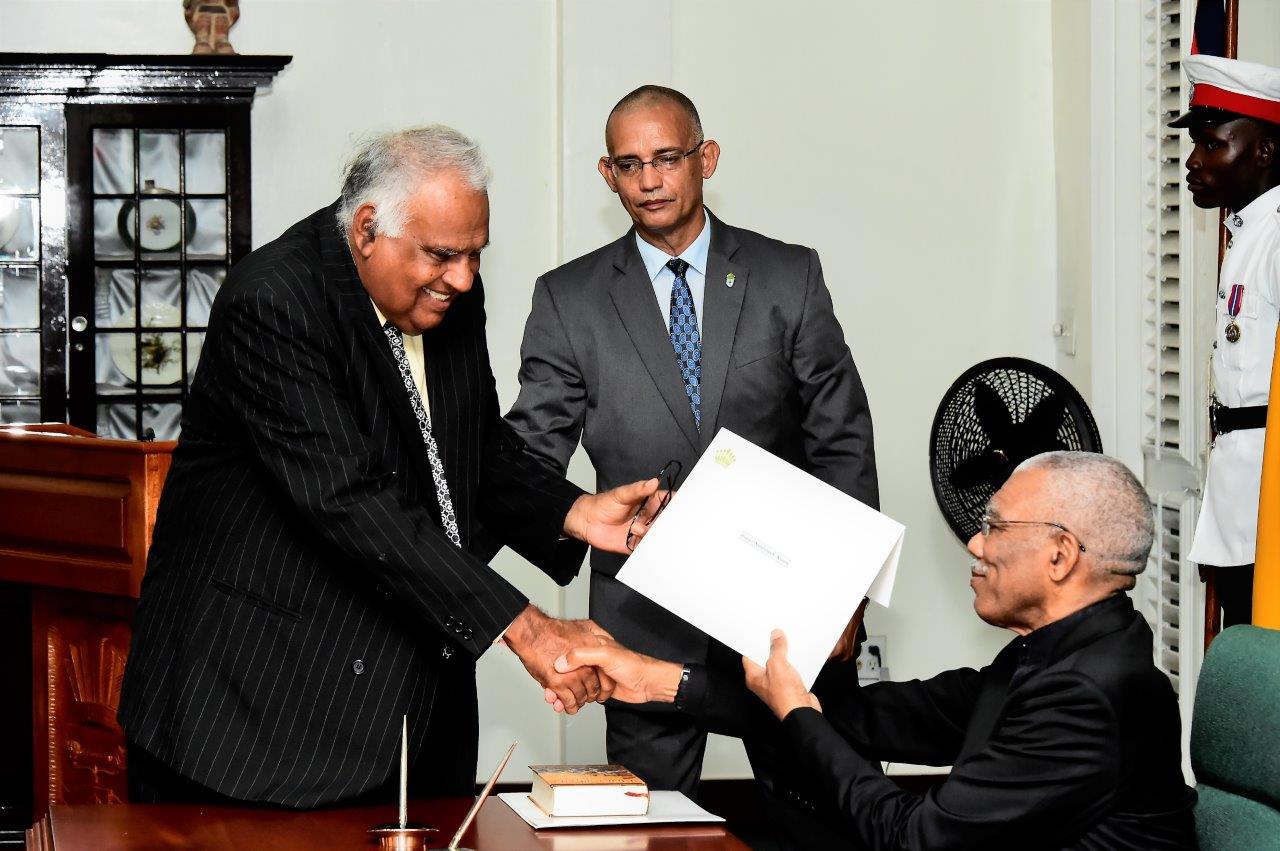 Georgetown, Guyana – (May, 17 2017) After more than two decades of inactivity, the Public Service Appellate Tribunal, was today, re-convened with the swearing in of its Chairperson, Mr. Nandram Kissoon, and two members, Ms. Abiola Wong-Inniss and Mr. Winston Browne. The reconvening of the Tribunal will once again provide public servants with a means of recourse in matters of appointments, dismissal or other forms of disciplinary action. President David Granger has said that the Tribunal is an essential element in the system of public administration as it will ensure professionalism and fairness with regard to promotions and disciplinary action in the Public Service and will also aid in boosting public servants’ morale.

“The Public Service Appellate Tribunal, regrettably, has been inactive for more than two decades. This neglect has led to irregularities and inconsistencies in the Public Service. The Tribunal’s absence injured the interests of persons, who felt wronged by unfair dismissals, the denial of benefits, or other disciplinary actions, but who had no redress,” the President said during his address at the swearing in ceremony at State House.

Chairman of the Tribunal, Mr. Nandram Kissoon, receives his Instrument of Office from President David Granger at the swearing in ceremony 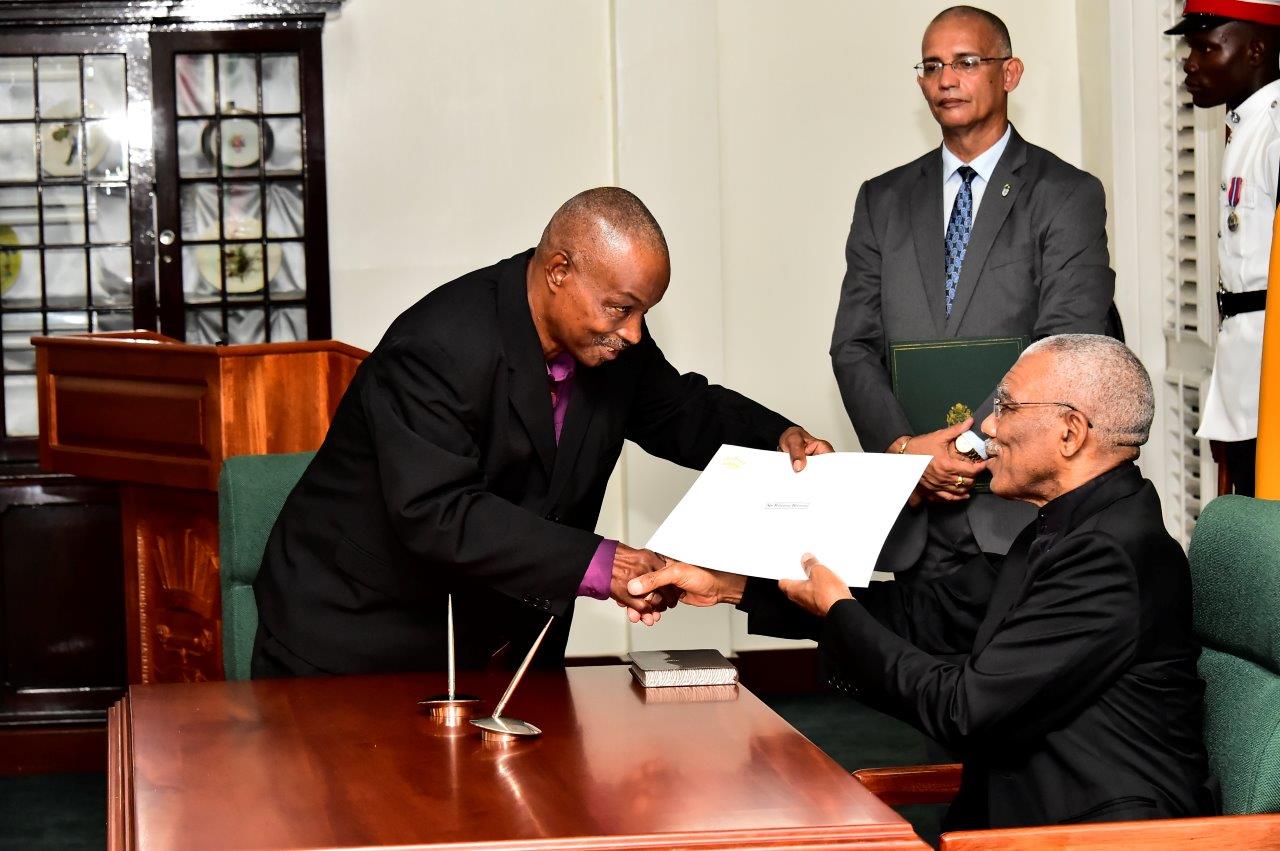 Mr. Winston Browne receives his Instrument of Office from President David Granger at the swearing in ceremony

President Granger said that the Public Service is a muscle of public administration as it performs critical duties in the execution of public services. As such, he said that the work of this body is enhanced when supported by a system, which ensures respect for the principle of a meritocracy and the structure of a bureaucracy. “The Public Service Appellate Tribunal, therefore, as an adjudicatory body, promotes professional integrity and morale by offering guarantees for timely redress for aggrieved public servants. The Tribunal’s reconstitution represents a commitment to administrative justice. It reverses decades of neglect. It restores confidence in the Government. It will boost public servants’ morale. It will enhance professionalism in the national public administrative system,” the President said. 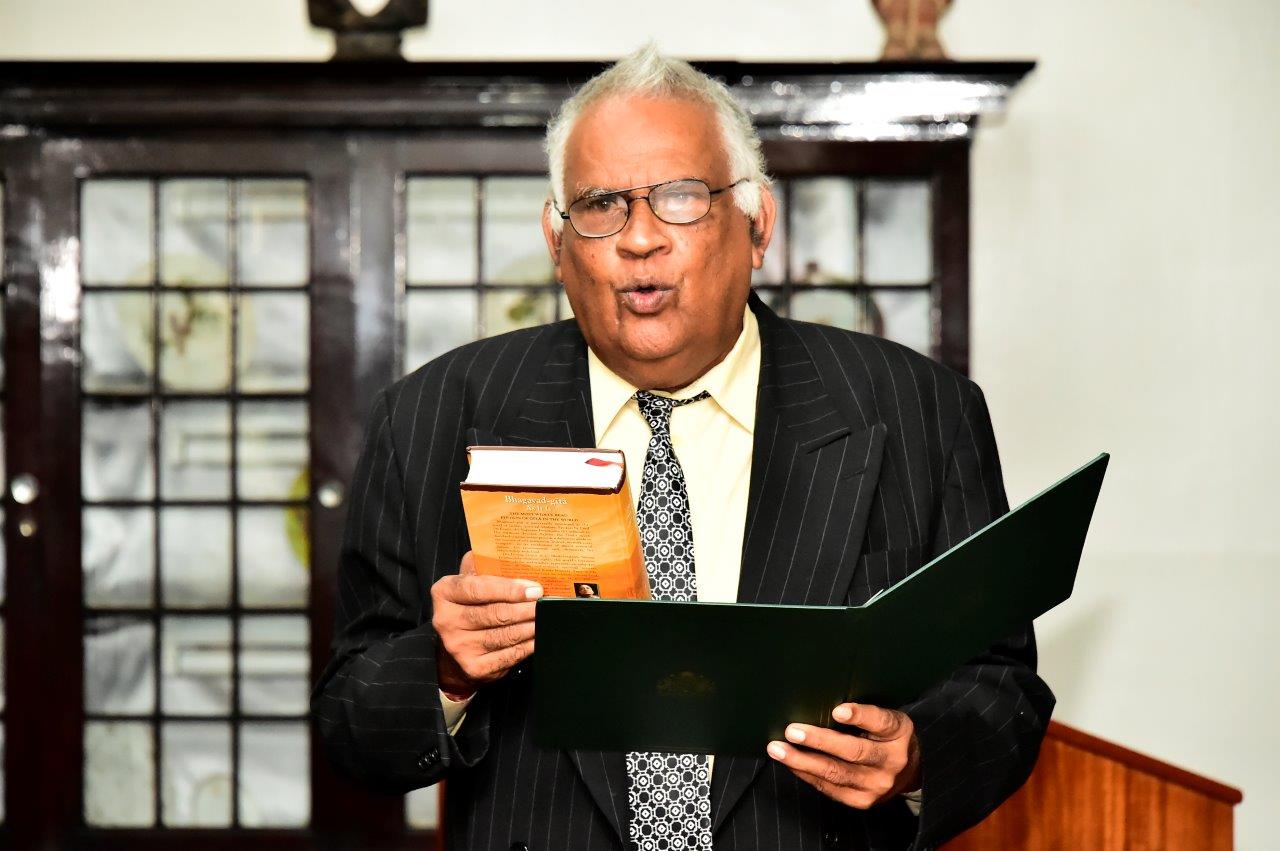 Chairman of the Public Service Appellate Tribunal, Mr. Nandram Kissoon recites his Oath of Office at the swearing in Ceremony at State House

He congratulated the newly sworn-in members and urged them to discharge their duties in a way that will assure public servants that there work will be judged by their service and performance in accordance with the three traditional qualities of their profession: intelligence, integrity and impartiality.

Newly sworn-in Acting Chairman of the Public Service Commission (PSC), while speaking to reporters after the swearing in ceremony, said that he is very happy that the Tribunal has reconvened. “We are extremely disappointed that [the Tribunal] was not filled for such a long time. It was clearly an act, as far as I am concerned, of wickedness by the previous Government; denying public servants access to redress. I look forward for public servants using this opportunity with any displeasure they have about the Public Service Commission to appeal to the Appellate Tribunal,” he said.

‘JSC upholds the independence of the Judiciary’ -President Granger