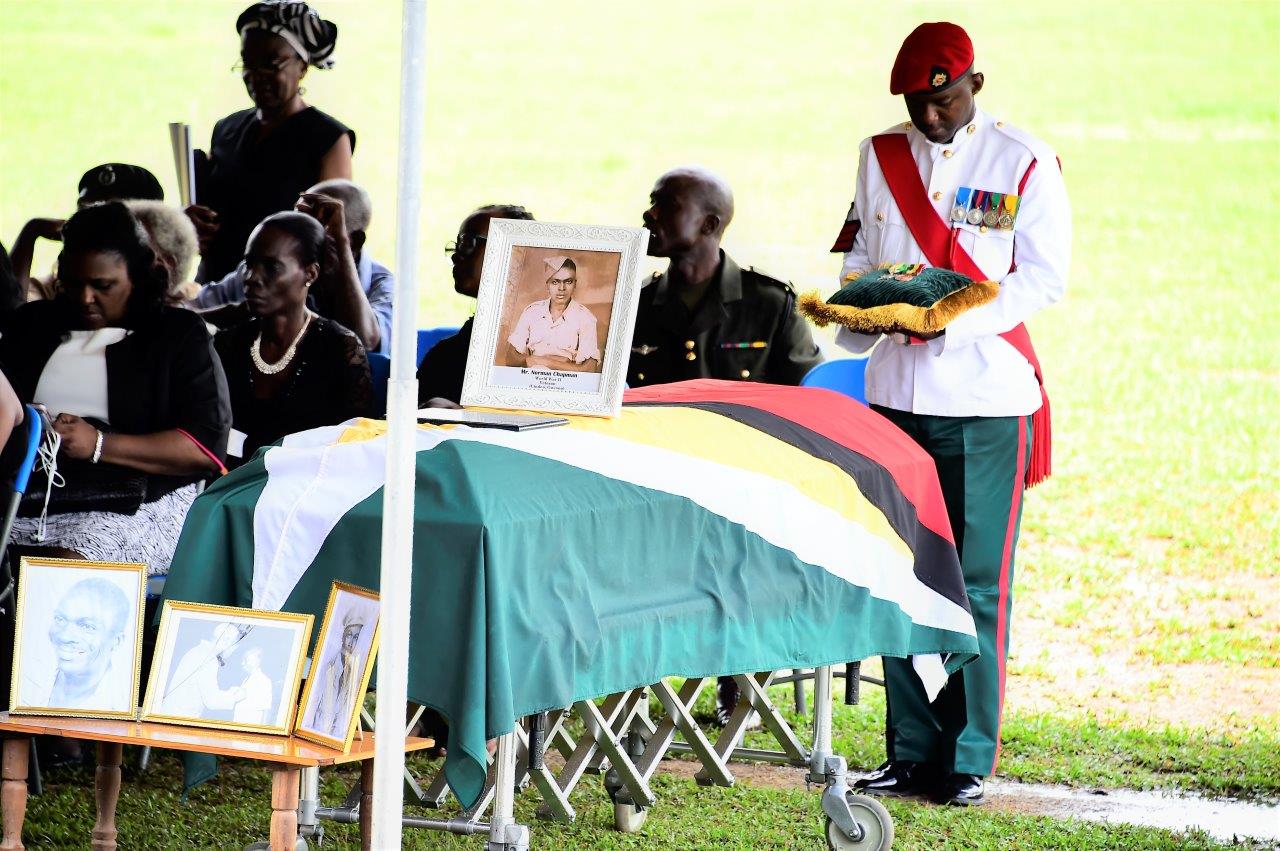 Georgetown, Guyana – (May 11, 2017) President David Granger, today, attended the funeral service of the late Mr. Norman Chapman M.S. at the Mackenzie Sports Club Ground in Linden. Mr. Chapman, who was the owner of the famous ‘Son Chapman’ launch, where 43 people lost their lives when there was an explosion on the vessel in 1964 during the pre-Independence period of political upheaval, was a noteworthy contributor to the development of the town of Linden, a stalwart in the People’s National Congress Reform (PNCR) and an army officer. He died on April 21 at the age of 92.

Speaking on behalf of the PNCR, Mr. Robert Corbin, a Lindener himself, said that Mr. Chapman, popularly known as ‘Yacoob’ and ‘Chappy,’ used his many talents for self-development and the advancement of the causes in which he believed, including the development of his community. He noted that Mr. Chapman remained faithful and steadfast to the Party, whether it was out of or in office, until the time of his death. “He lives in the memory of all whose lives he touched, in the hearts of members of the PNCR with whom he worked for decades, in the genes that he bequeathed to his offspring and in the hearts of those with whom he shared his love,” Mr. Corbin said.

There were also moving tributes from his children, Ms. Fern and Ms. Grace Chapman as well as close friends of the deceased, Mr. Hamilton Green and Senior Counsel Llewellyn John, Mr. Morian, President of the Guyana Legion, Colonel George Gomes and Regional Executive Officer of Region Five, Mr. Ovid Morrison. The Eulogy was read by his son, Mr. Errol Chapman.

Mr. Chapman served as non-commissioned officer in the South Caribbean Force during World War II and was elected to serve on the Mackenzie Village Affairs Committee and as treasurer of the PNCR’s Upper Demerara constituency in the 1960s. He was also a prominent businessman, having established Mackenzie’s first department store, Chapman’s Enterprises and Electrical Services.

Message of Condolence from His Excellency, Brigadier David Granger, President of the Cooperative Republic of Guyana on the passing of Ms. Tchaiko Kwayana