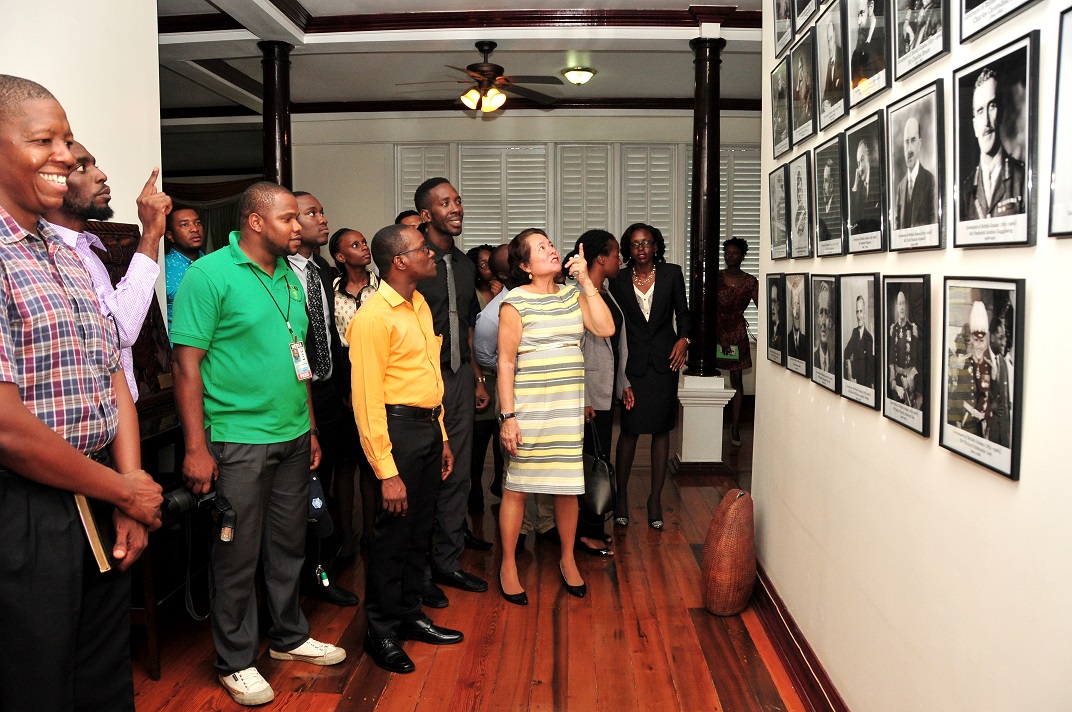 Georgetown, Guyana – (May 10, 2017) First Lady, Mrs. Sandra Granger, today, received a courtesy call from members of the Guyana Youth and Student Movement (GYSM), the youth arm of the People’s National Congress Reform (PNC/R) at State House. The First Lady interacted with the members, after which she took them on a tour of the historical building.

The First Lady said that it is important for members of the public to be given a chance to see the inside of the State House as it plays an important part in Guyana’s history.

Following the tour, the members of the GYSM presented Mrs. Granger with a bouquet of flowers ahead of Mother’s Day, which will be observed on Sunday.

First Lady, Mrs. Sandra Granger shows members of the Guyana Youth and Student Movement (GYSM) a display of the past Governors of Guyana, during a tour of the State House.