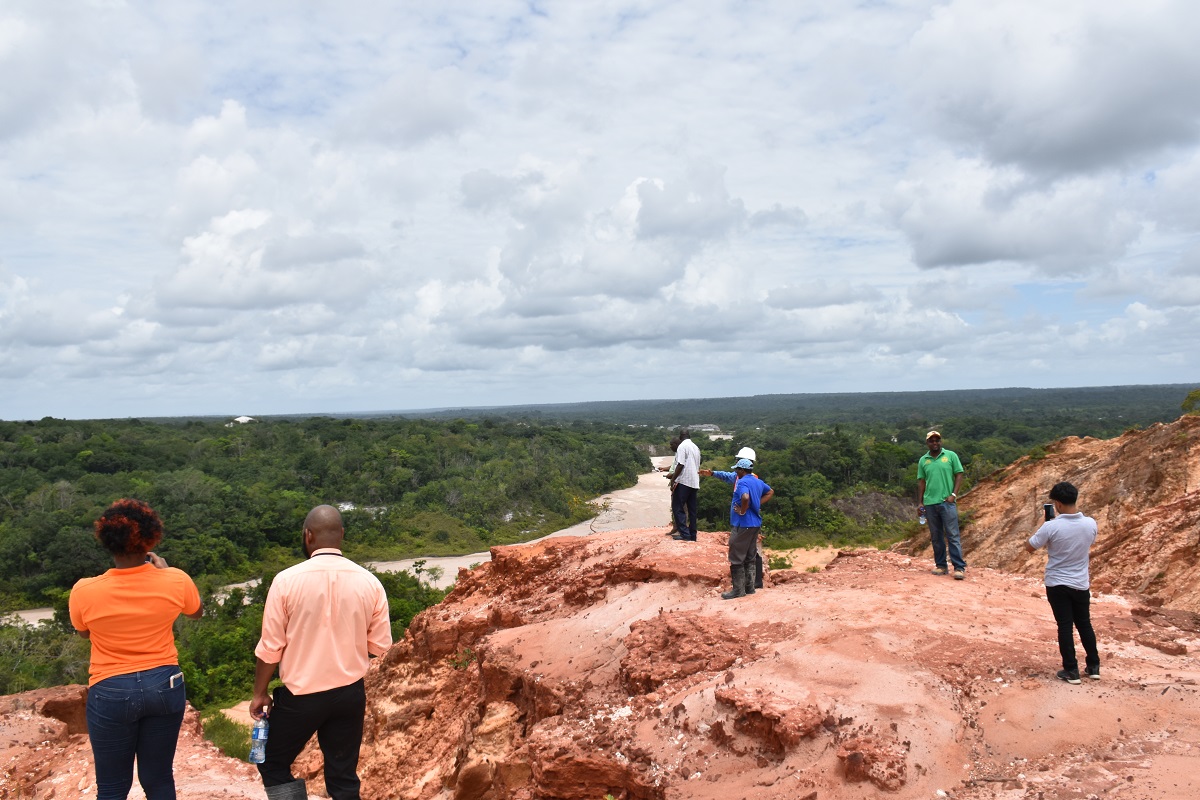 Georgetown, Guyana – (May 10, 2017) The Government of Guyana, today, deployed a team of engineers and other experts from various agencies to Coomacka Village, Upper Demerara-Berbice (Region Ten), to conduct a site visit to explore several short, medium and long-term solutions, including the construction of a new main access bridge and the desilting of the Demerara River. These solutions are aimed at addressing the impassable roads and frequent flooding, which occurs during the rainy season due to intense erosion in the remote farming community.

During the visit to the community, Director General of the Civil Defence Commission (CDC), Colonel (Ret’d) Chabilall Ramsarup, who led the team, said he had been mandated by Minister of State, Mr. Joseph Harmon to draft a plan of action. “Last Friday we met and we spoke about stopping the flow of sand going into the Demerara River and the homes of the residents in Coomacka. Next we have to look at the bridge because it is in a problematic state right now and then we have to look at the community itself. We have to look at the short-term, medium and long-term plans… The May-June rain has started and we have to see how we can stop what is happening,” Colonel Ramsarup said.

Stemming from the site visit, the engineers and other experts have decided that a new drainage system needs to be developed to stop the erosion and shifting of sand into the Demerara River. A new bridge will also have to be built for the village and sections of the village, where mining once took place, have to be reforested.

Engineers conducting their fact finding mission at the location in Coomacka, Upper Demerara-Berbice

Resident, Mr. Dennis Harding said that the erosion began about 30 years ago. He noted that during the era of major bauxite mining in the 1980s, there were no land reclamation nor reforestation plans. As such, overburden [soil removed during mining activity] was left in huge conical piles in the area, resulting in erosion.

Minister of State, Mr. Joseph Harmon, is expected to receive the plan next week at a meeting, where the permanent secretaries, engineers and other experts associated with the works, will come together to discuss the projects in their entirety. Chairman of the Region, Mr. Renis Morian, in an invited comment, said that the Region is grateful that Central Government has decided to get involved to bring relief to the residents since it is a huge task. The Region will cooperate, he noted, with the plans approved by the Government.

The Government, over the past few months, through the Ministry of Public Infrastructure, National Drainage and Irrigation Authority (NDIA) and the CDC have been conducting works and monitoring the community. However, the problems are worsening at a rapid rate and as such, urgent action has been recommended. Based on today’s exercise, it is expected that short and medium term solutions will be drafted and submitted to the Government for consideration and approval soonest, while a proposal for a long-term solution will be drafted.

The site visit was conducted by members of the CDC, engineers from the Public Infrastructure Ministry, the NDIA, the Regional Democratic Council, the Ministry of Natural Resources and the Guyana Geology and Mines Commission (GGMC).

Message of Condolence from His Excellency, Brigadier David Granger, President of the Cooperative Republic of Guyana on the passing of Ms. Tchaiko Kwayana