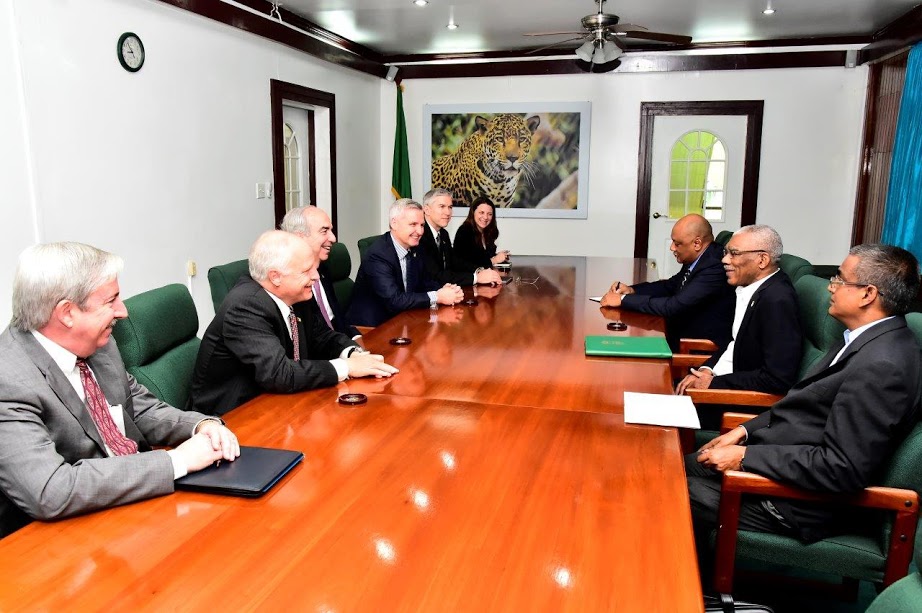 During their discussions, President Granger told the visiting delegation that while the country is eager to have oil production come on stream, this must be done in the context on Guyana’s ‘green’ development trajectory and as such protection of the environment is critical. “We are very concerned about the preservation of the environment… We want the extractive industries to be developed in a sustainable way,” he said.

Meanwhile, Mr. Hess said that the corporation is investing billions of dollars in Guyana and that they are committed to ensuring that this is done in a transparent manner. “We are committed to your country. We are committed to being here… HESS is a long-term investor and we are very proud of the partnership with Exxon Mobil and Nexen [Nexen Petroleum Guyana Limited] as well… We hope this development of Liza first and hopefully other prospects will transform your country and we will try to help you the best way we can to ensure that oil wealth is spent in the best way possible,” he said.

He also spoke of importance, which his company attaches to social responsibility and assured the Head of State that they stand ready to work with the Government to address priority areas. “We are ready to work together to help you with your vision for the country to ensure that the oil treasure really becomes the people’s treasure,” he said.

Founded in 1933, the Hess Corporation is a leading global independent energy company engaged in the exploration and production of crude oil and natural gas. 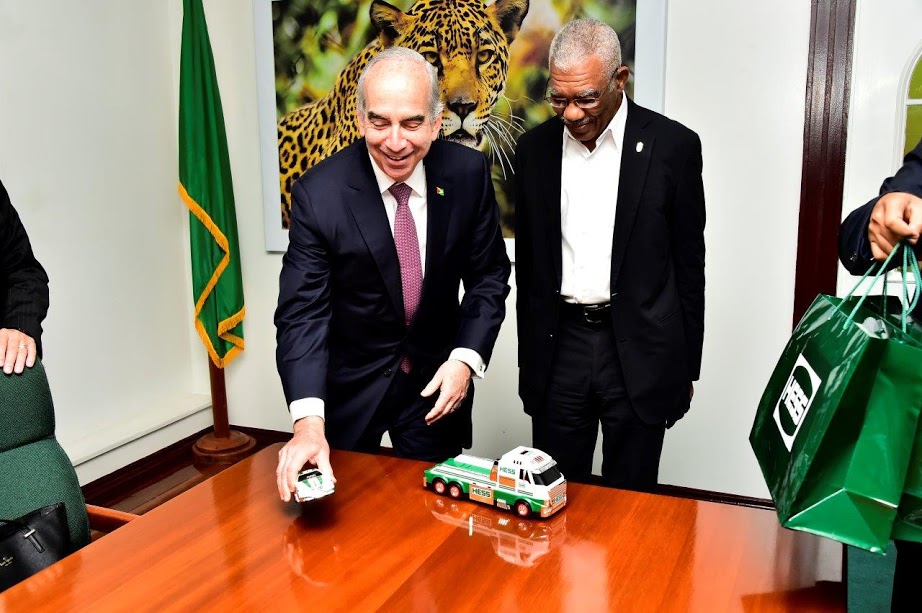 Mr. John Hess presented President David Granger with two HESS model vehicles. In the 1960’s the company, in a goodwill gesture, began giving their customers these model toys during the holiday season.