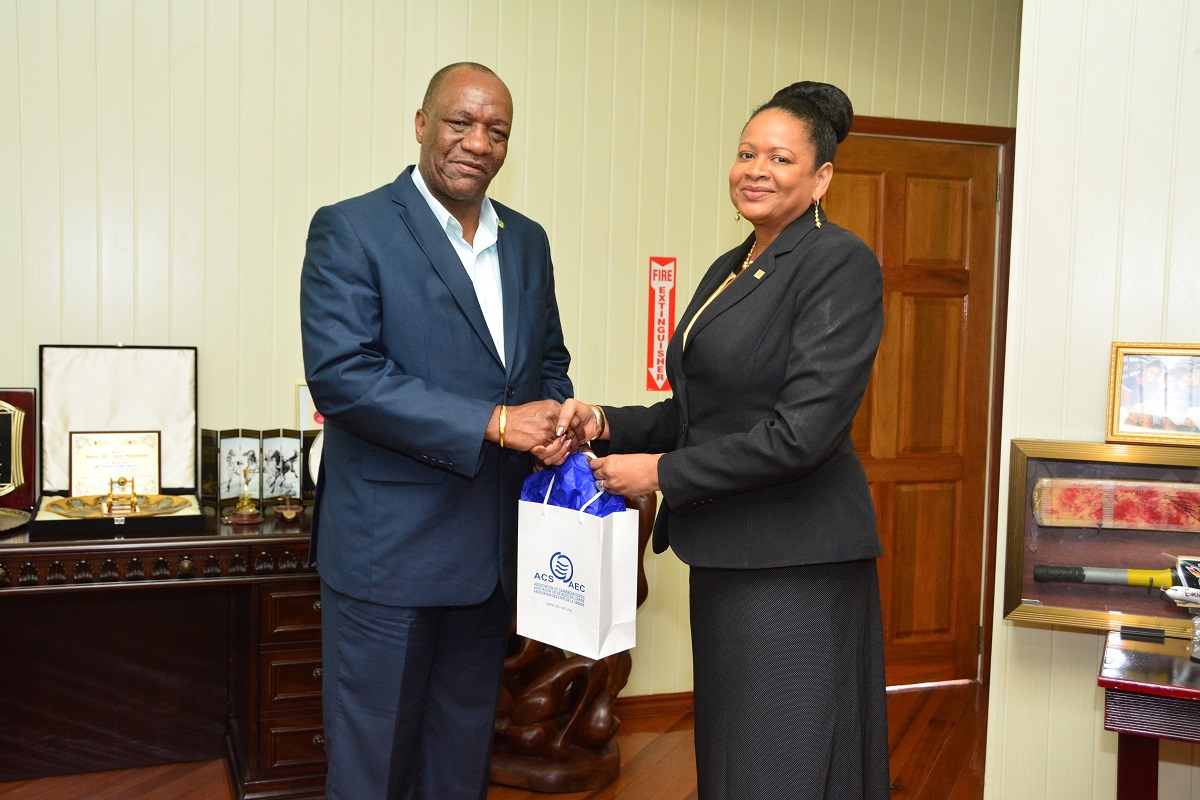 Georgetown, Guyana – (May 3, 2017) Minister of State, Mr. Joseph Harmon, earlier this afternoon, met with the Secretary-General of the Association of Caribbean States (ACS), Dr. June Soomer, where they discussed several areas of collaboration in the fields of ‘green’ development, disaster risk management and Climate Change. The meeting was held at the Ministry of the Presidency.

Dr. Soomer said that she is pleased with the steps taken by Guyana to pursue a ‘green’ agenda in the fight against climate change, even as the country is preparing to embark on oil production. She noted that Guyana and the ACS share similar goals and that there is a wide scope for collaboration and opportunities for the country.

Minister Harmon noted that Guyana is always open to developmental initiatives and would particularly welcome projects in areas of ‘green’ development, climate change mitigation and adaptation and land and water management.

According to the Ministry of Foreign Affairs, prior to becoming the Secretary-General of the ACS, Dr. Soomer served as Saint. Lucia’s Ambassador to the Organisation of Eastern Caribbean States (OECS) and the Caribbean Community (CARICOM) with responsibility for Diaspora Affairs from 2008 to 2015. Dr. Soomer, a native of Saint Lucia, made history in 1994 when she became the first woman to graduate with a doctorate from the Cave Hill Campus of the University of the West Indies. Throughout her career, she has worked in the educational, financial and diplomatic sectors lecturing at the University of the West Indies, the University of North Carolina at Wilmington and the University of San Francisco. Dr. Soomer also worked at the Eastern Caribbean Central Bank in the Human Resources Department for 10 years.

The Association of Caribbean States (ACS) aims to facilitate dialogue among its 25 Member States to address issues of mutual interest and find solutions through cooperation and consultation, specifically in the areas of trade and economic relations, sustainable tourism, natural disasters, and the preservation and conservation of the Caribbean Sea.

Remarks by His Excellency Brigadier David Granger, at the launch of “Aspects of the European-Guyanese Heritage” held at the Pegasus Hotel April 10, 2017