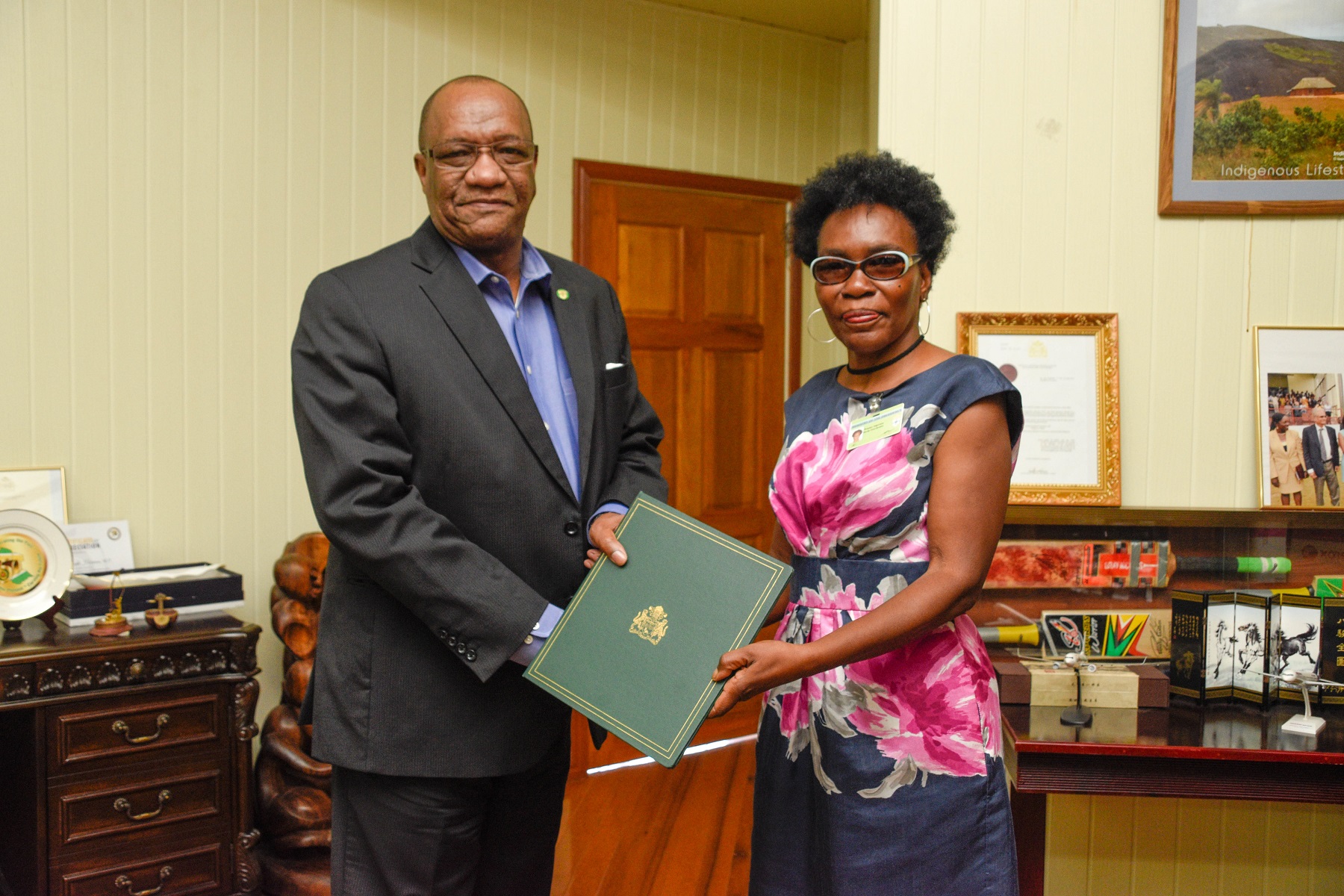 Georgetown, Guyana – (May 3, 2017) The Green Multi-Stakeholder Steering Committee (GMSSC) was, earlier today, reactivated by President David Granger, who said that the Committee is an important mechanism, which demonstrates Guyana’s commitment to an inclusionary system of governance, one that is characterised by consultation, cooperation and inclusion.

The President, who was at the time addressing stakeholders at the Baridi Benab at State House, said that the step substantiates the Government’s commitment to ensuring that the Committee convenes often so that closer attention can be paid to the issues that need to be addressed as Guyana moves towards becoming a ‘green’ state.

“This Committee, now the ‘Green’ Multi-Stakeholder Steering Committee (GMSSC) meeting is evidence of the government’s commitment to ensuring that development is not only people-centered but that it is also people-driven. This meeting is intended to become a permanent consultative mechanism, which will allow for stakeholder input and participation in the governing mechanism of both the LCDS and the green development strategy,” he said.

The Committee was established on November 9, 2009, arising out of an agreement between the Cooperative Republic of Guyana and the Kingdom of Norway and was aimed at establishing a model of environmental governance. However, owing to a change in Government and development policies across the country, the Committee has not met since 2015.

“This committee ought to be eight years old and we need to do more to ensure that it functions and meet more frequently so that it can achieve what it has set out to accomplish. The MSSC was intended to ensure that the Low Carbon Development Strategy (LCDS) process, including the Reduced Emissions from Deforestation and Forest Degradation (REDD-plus) strategy, was undergirded by both inclusivity and transparency. Guyana, by reconvening the MSCC, is expanding its mandate to allow it to serve as part of the inclusionary governance architecture of the evolving ‘green state’,” President Granger said.

He noted that the LCDS was an important first step in demonstrating how one country could benefit while providing climate-mitigating services for all countries of the world. It represented, he explained, a model for rewarding countries for their environmental services, which their forests provide to the rest of the world. However, noting that Guyana is transitioning into a ‘green’ state, President Granger said that the country is developing a ‘green’ development strategy that goes beyond the LCDS. 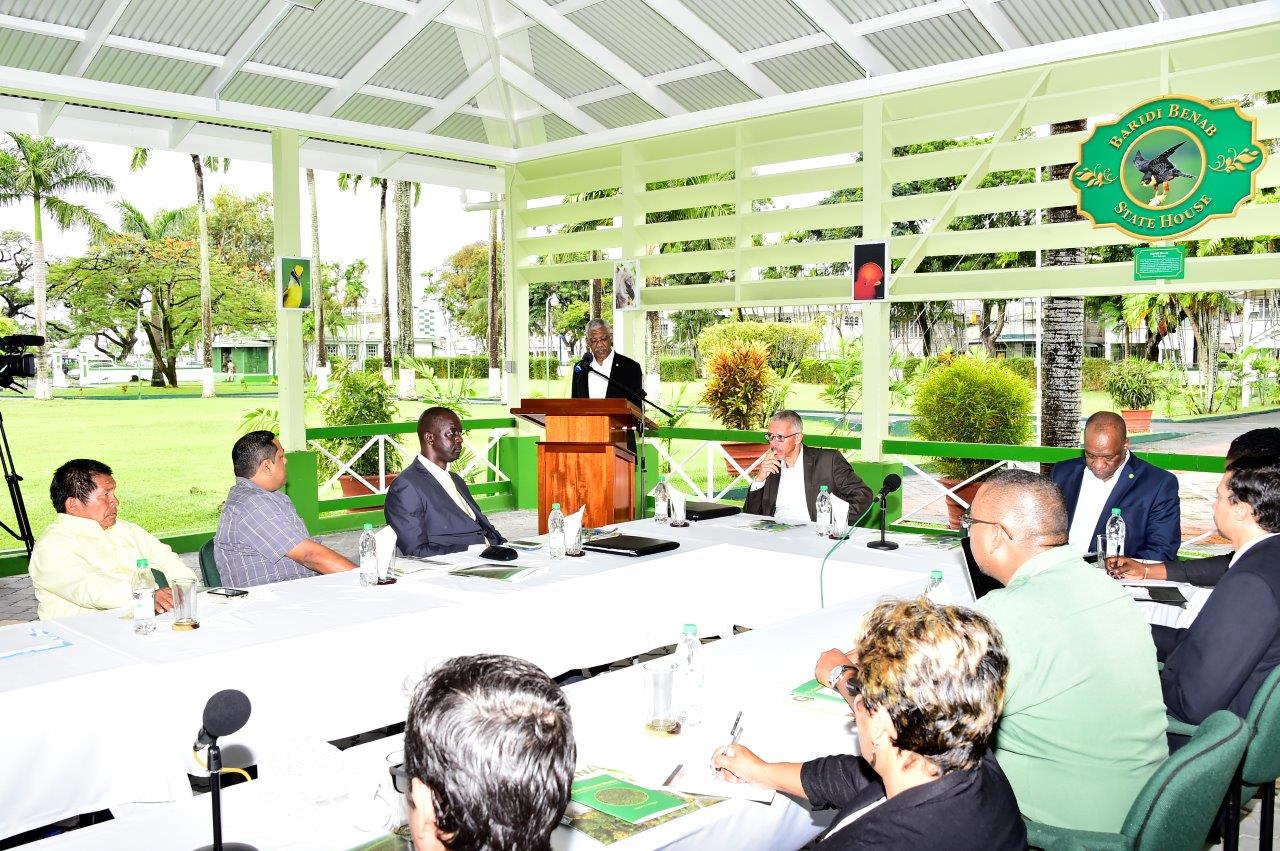 “It is a transformative agenda, which involves green development at the household, community, regional and national levels. It is intended to impact on the livelihoods of each and every citizen. The green development strategy will allow for the protection and preservation of wildlife, preservation of our lakes, wetlands and waterways, promotion of the development of eco-tourism and eco-educational tourism, extension of the protected areas system in every region, fortification of coastal zone management, graduation towards full renewable energy use and the introduction and deeper penetration of low-carbon, low-emission manufacturing,” he said.

The Head of State said that it is Guyana’s expectation therefore, that once it fulfils its obligations under the agreement, it would receive the benefits for the services, which it earned and to which it is entitled.

To this end, he said that Guyana is committed to implementing the LCDS and honouring its obligations under its agreement with Norway and to ensuring that the framework of governance and consultation is entrenched as part of that agreement. 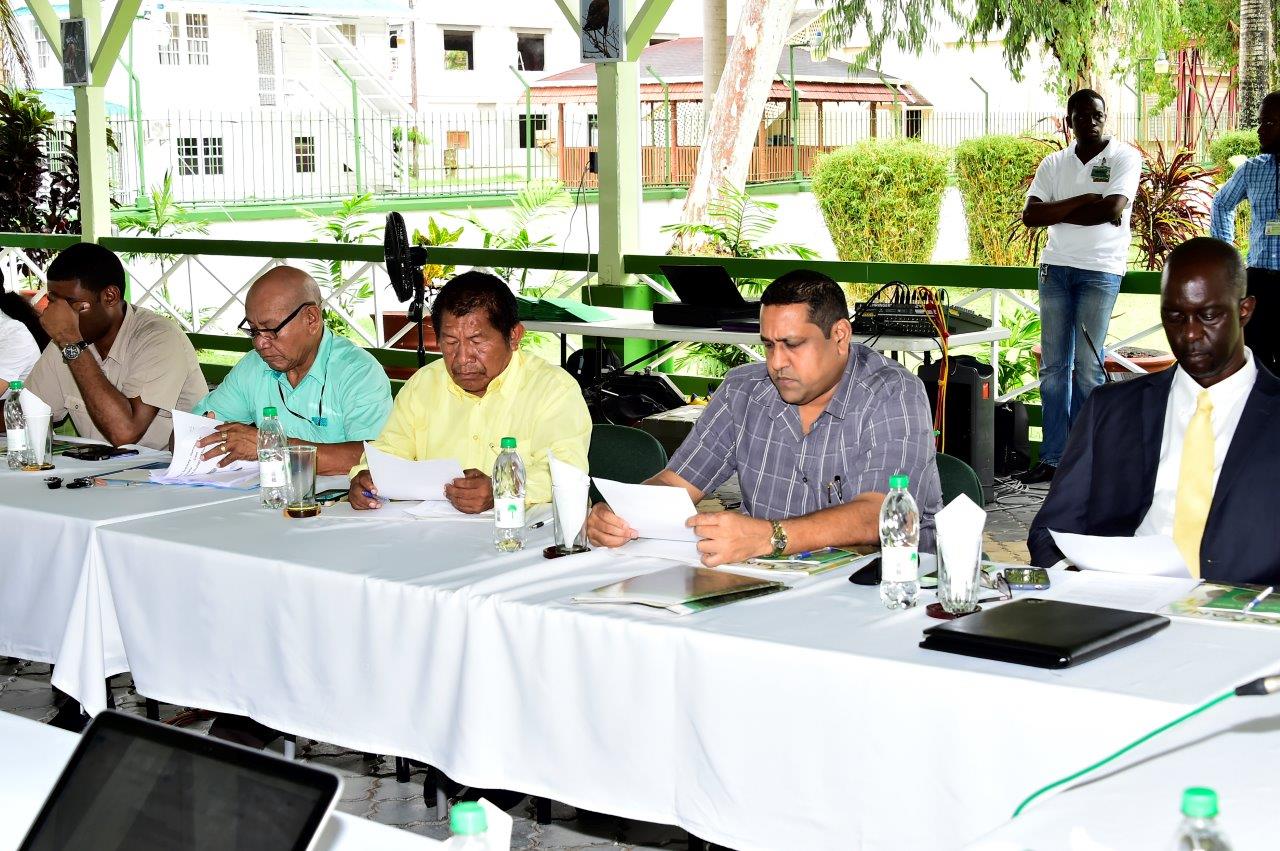 Pointing out that Guyana needs a new developmental paradigm, one that fosters human development, generates growth, promotes inclusion and reduces economic, political and social marginalisation, the Head of State said that the ‘green’ development aims at human development and, specifically, at eradicating poverty and inequality, increasing employment, promoting sustainable livelihoods and building economic and environmental resilience.

In this regard, he said that the ‘green’ path to development will be defined by a process of sustained consultation and inclusivity and as such, the Committee has an important role to play.

“No one, not Government, no non-governmental organisation, no international institution can claim to have a monopoly on knowledge. We must come together. Stakeholders represent an important repository of accumulated experience and expertise. Guyana’s consultative and inclusive approach will allow for a wider expression of the green development strategy,” he said.

“A consultative and inclusionary approach to human development – particularly at the elimination of the perils of inequality and poverty – is at the core of government’s philosophy of governance. Consultation and inclusivity are permanent features of governance. Policies arising from a consultative process enjoy greater public confidence, which we want to build. The involvement of stakeholders in decision-making is vital to the success of developmental initiatives. It ensures that everyone understands the policies, which are being pursued in the public interest,” the President said.

The President urged the stakeholders to take their responsibility seriously noting that they have two important tasks ahead; to become part of the governance framework of the LCDS process and to become an integral part of the consultative mechanism under Guyana’s Green Development Strategy.

Meanwhile, Head of the Department of Environment, Ms. Ndibi Schwiers, in an invited comment, said that the main roles of the Committee are to provide guidance on plans and proposals related to the development and implementation of all Guyana’s REDD+ Investment Fund (GRIF) activities, to oversee the progress in the Guyana-Norway Memorandum of Understanding and all other national agreements that require consultations, to provide guidance and oversight on the planning and execution of ongoing national stakeholder engagements and to assist in education awareness and informational dissemination to constituencies.

She noted that it is an important platform for national engagement and serves as a mechanism for the monitoring and evaluation of the Green State Development Projects. Given the initial meeting today, Ms. Schwiers said that there is now a renewed commitment to having scheduled monthly meetings so that the Committee can perform at its maximum capacity.

The Committee is comprised of stakeholders from Government sectors such as the Guyana Lands and Surveys Commission (GL&SC), Guyana Forestry Commission (GFC), the Ministry of Communities, Ministry of Agriculture, Ministry of Business, Amerindian Peoples’ Association (APA), the Amerindian Action Movement, the Opposition, the Department of Environment, Office of Climate Change, Project Management Office and several other Government and non-governmental organisations.