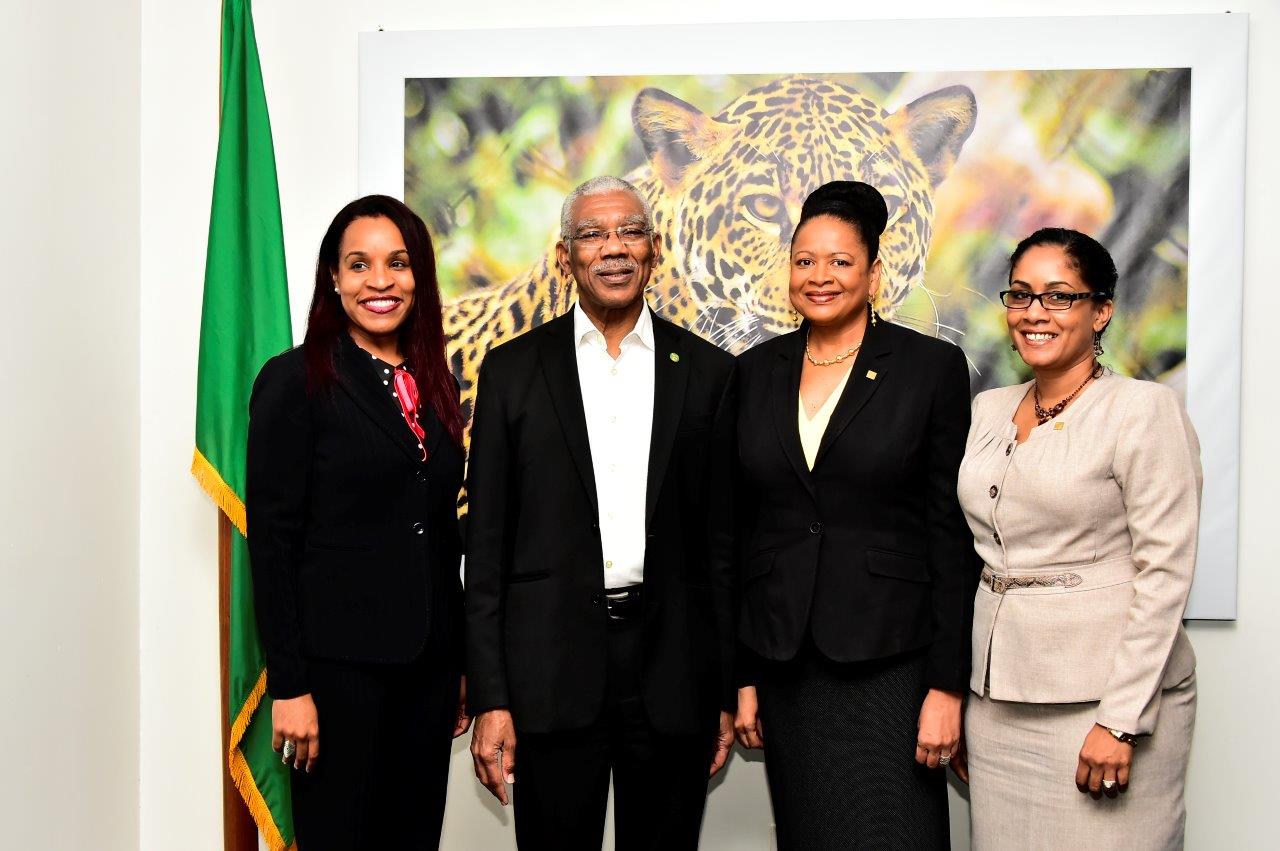 Georgetown, Guyana – (May 3, 2017) President David Granger was, today, paid a courtesy call by Secretary-General of the Association of Caribbean States (ACS), Dr. June Soomer, the first woman to head the regional organisation, who assumed office last year. She was accompanied by her Political Adviser, Ms. Tricia Barrow and Conference and Protocol Officer, Ms. Patricia Phillip-Boodoosingh.

During their meeting, Dr. Soomer updated the Head of State on some of the policy adjustments that are being made and projects that have been initiated under her leadership. She also raised a number of concerns and the President said he will ask for those matters to be placed on the agenda for discussion at the upcoming Meeting of Heads of Government of the Caribbean Community (CARICOM) in July.

The Secretary-General, who shared this view, noted that even though 14 of the 25-member body are CARICOM States, they have not been meaningfully involved in the decision-making process and this is a status quo that she is working to change. “We are trying to make sure that the organisation, in its revitalisation, becomes more visible, more relevant and more strategic. This is why we need CARICOM to become more involved,” she said.

She also informed the President of a multi-million-dollar project to monitor sea level rise along the entire perimeter of the Caribbean Sea. This project is being executed in partnership with Korea, an observer member of the ACS. President Granger spoke of Guyana’s own push towards a green economy and said that he endorses fully, the Secretary-General’s commitment to the environment.