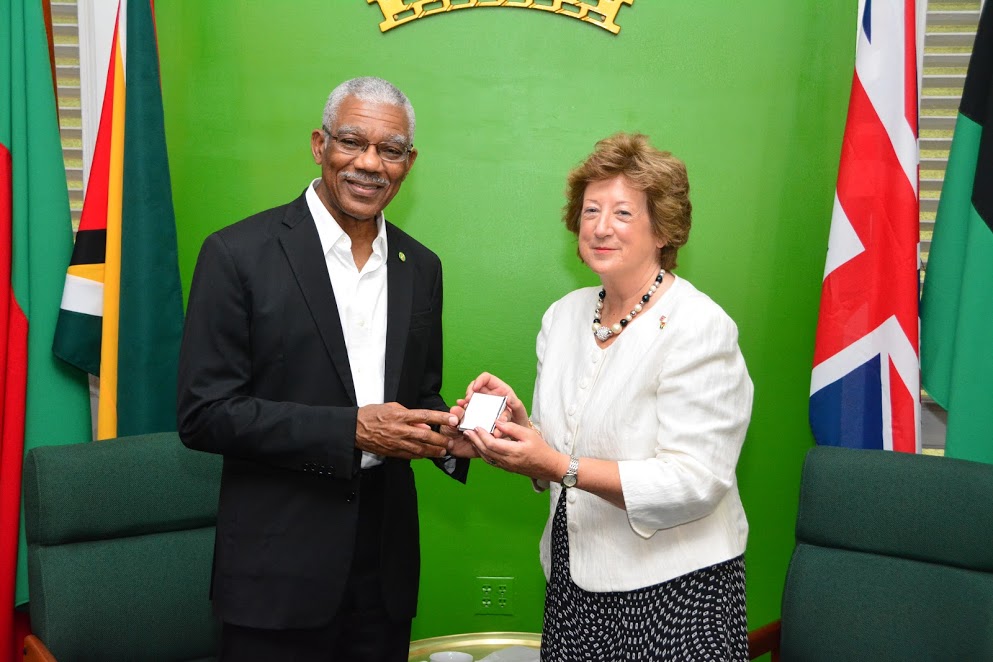 Goegretown, Guyana – (May 2, 2017) President David Granger, today, was paid a courtesy call by British Minister of State of the Foreign and Commonwealth Office, the Rt. Hon. Baroness Anelay of St. Johns DBE. The British Minister, who is visiting Guyana for the first time, is on a three country tour in the region and also met with the Guyanese Head of State last week in London.

President Granger first met Baroness Anelay on the side-lines of the United Nations’ 71st General Assembly in September 2016, where they discussed the revival of the Security Sector Reform Action Plan (SSRAP). The President had also been in discussion with former United Kingdom Prime Minister David Cameron and British High Commissioner to Guyana, Mr. Greg Quinn on the matter.

The President receives a token from British Minister of State, Rt. Hon. Baroness Anelay during her visit

Last year, a team visited the country to perform scoping works to prepare for the arrival of the senior advisor and in January of this year, British Senior Security Sector Reform Advisor, Mr. Russell Combe arrived in Guyana. The programme had been scrapped in 2009 by the People’s Progressive Party Civic (PPP/C) Administration after the British Government had requested oversight of the programme. Since taking up Office, however, President Granger had made a priority the re-engagement with the British to ensure the implementation of the plan stating that security sector reform is important to ensuring that Guyana’s borders are properly protected and that its police force is strengthened.

During this visit, Baroness Anelay will also meet with the Leader of the Opposition, Mr. Bharrat Jagdeo, and members of the private sector. The British Minister had announced that she would be visiting Guyana from May 1-3 at the Caribbean Council’s House of Lords Annual Reception on April 25. 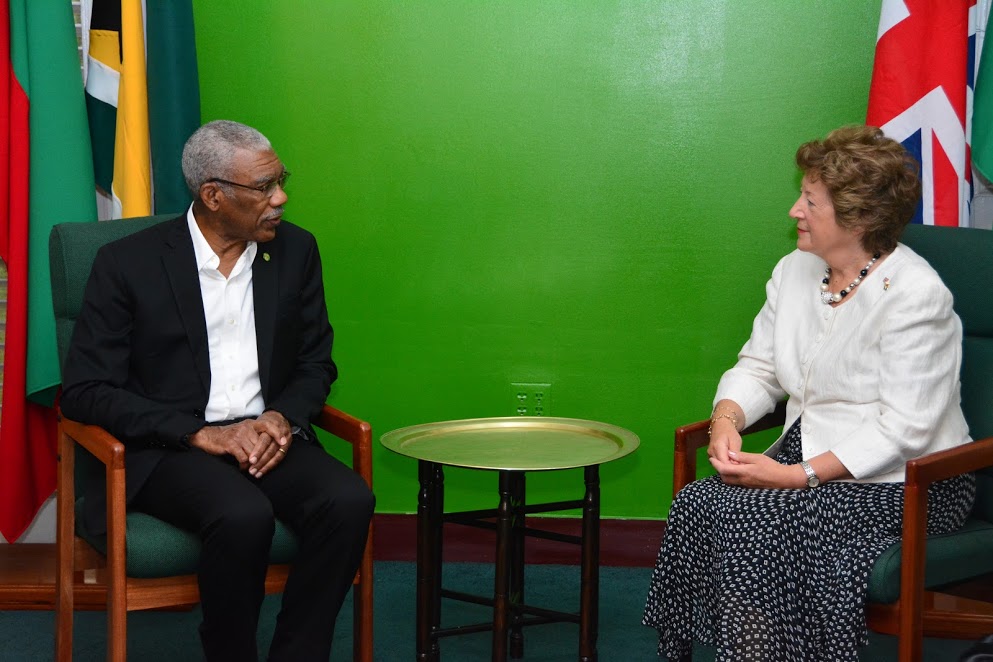 The President in conversation with British Minister of State, Rt. Hon. Baroness Anelay during her visit to the State House

Remarks by His Excellency Brigadier David Granger at the Opening Session of Heads of Mission Conference 2017 hosted at the Pegasus Hotel April 3, 2017