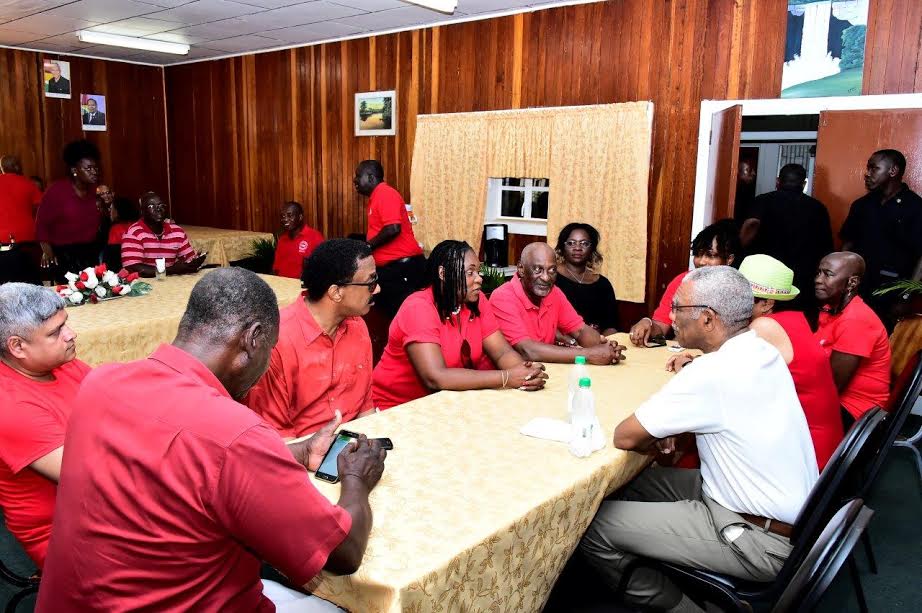 President David Granger and his delegation chatting with President of the GTUC, Ms. Coretta MacDonald who is flanked by Attorney General, Mr. Basil Williams and Minister within the Ministry of Social Protection with responsibility for Labour, Mr. Keith Scott

The Head of State and his entourage first made their way to the head office of the Guyana Teachers’ Union (GTU), where he was warmly received by the Union’s President, Mr. Mark Lyte and a large number of educators.

The President then met with officials and members of the Local Government Officers Union, where in a brief comment to the media, he reaffirmed his Administration’s commitment to improving the quality of life for all workers, regardless of the industry they are working in or the union they are represented by. 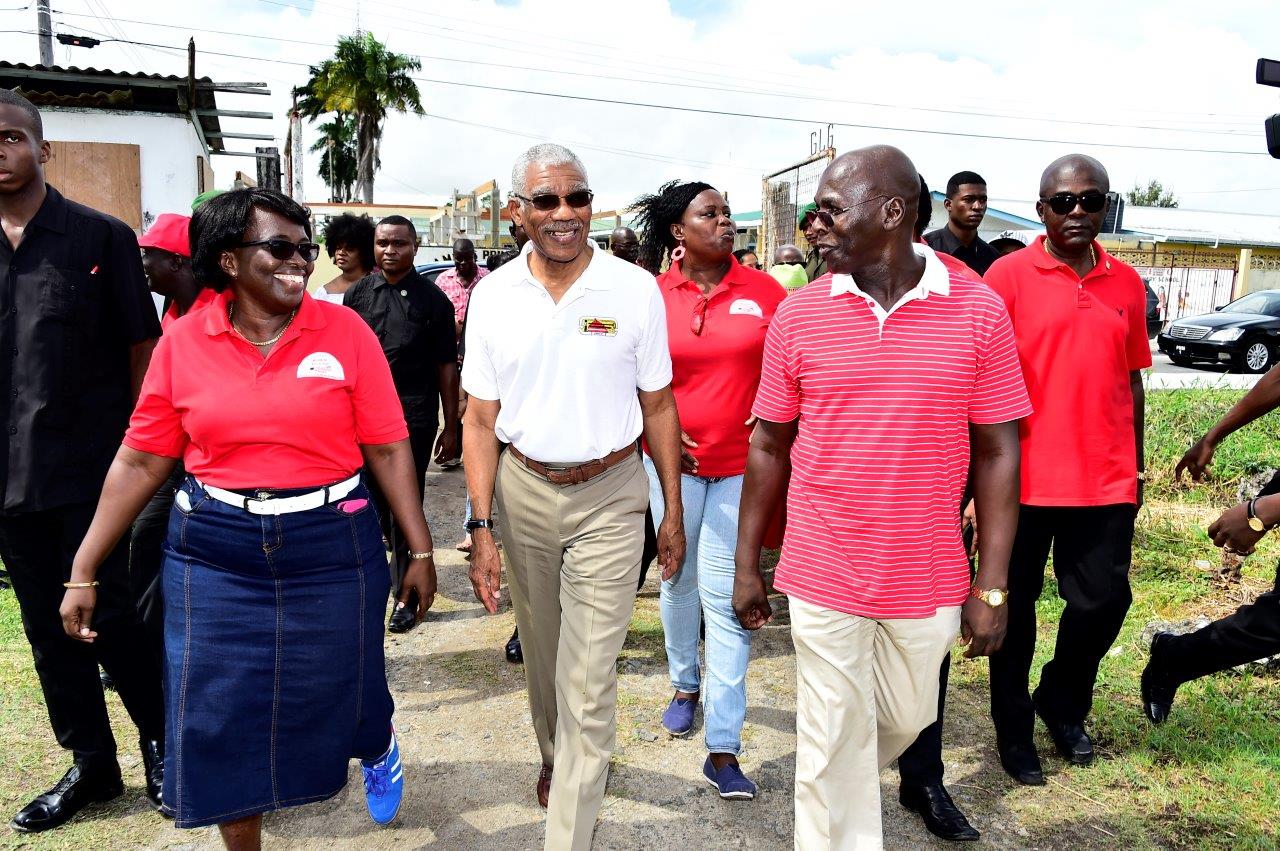 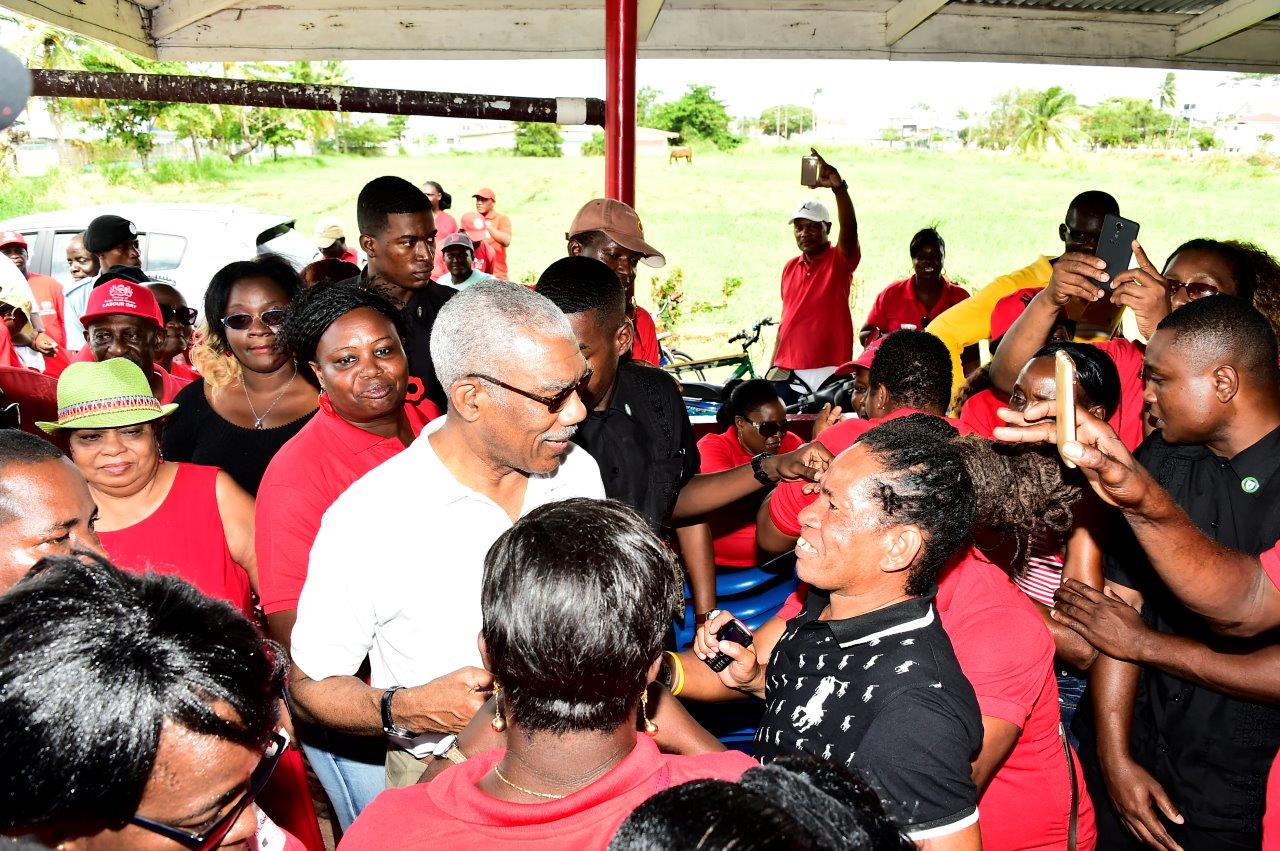 With regard to the ailing sugar industry, the Head of State explained that the Government’s desire to return the industry to profitability was one of the main reasons for his recent visit to the United Kingdom. “I am fighting very hard to make sure the sugar industry does not collapse. We inherited a very bad hand and we are doing everything possible to preserve much of the sugar industry. It has to be made efficient and viable and that is why I went to London. Our Government will be presenting a White Paper very soon to show that we have the interest to the sugar workers and the industry at heart,” he said.

The President then made a brief stop at the Guyana Public Service Union (GPSU) on Shiv Chanderpaul Drive before heading over to the Guyana Postal and Telecommunications Workers Union (GPTWU) where the workers were extremely happy for the opportunity to interact with him. Later, he met with officials and workers of the Guyana Trade Union Congress (GTUC) in Thomas Lands before culminating his activities in Quamina Street at the Clerical and Commercial Workers Union (CCWU). 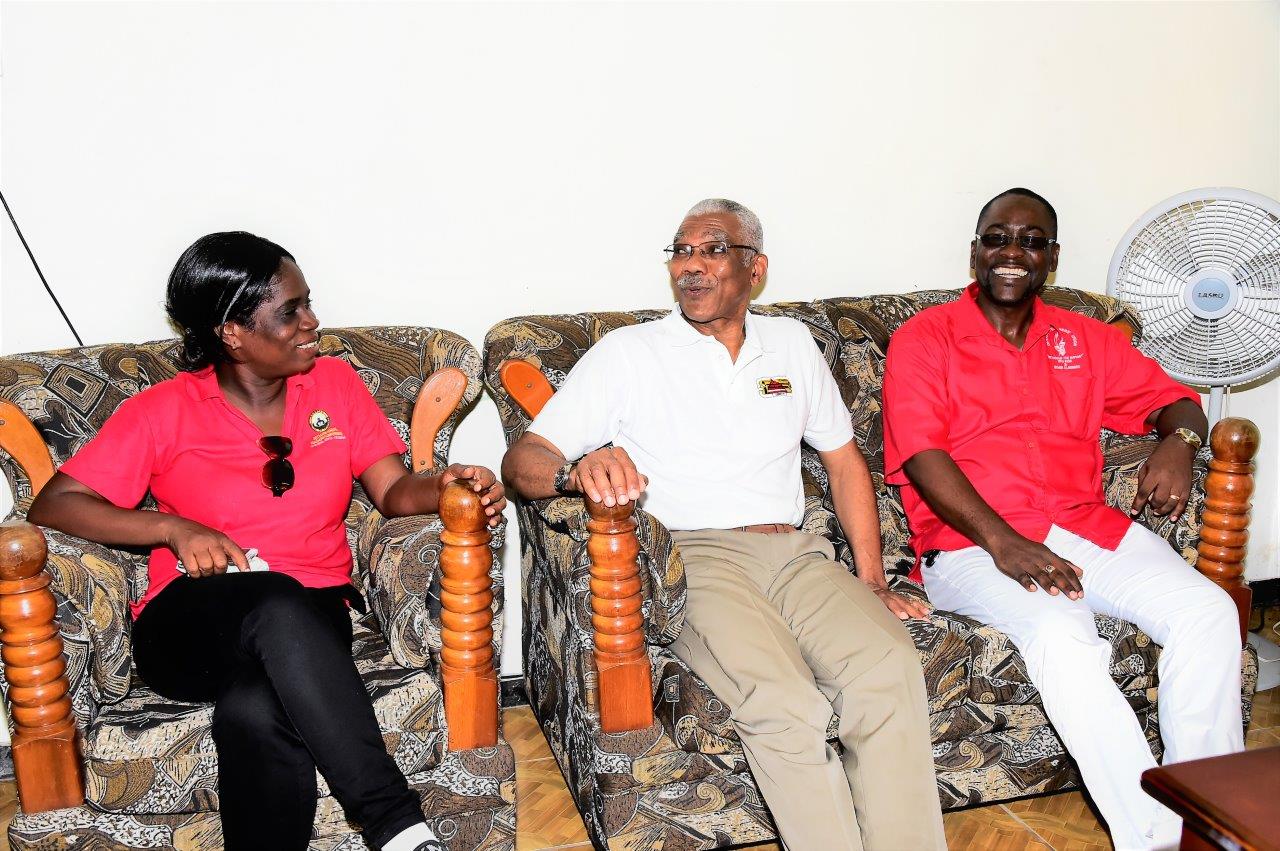 Remarks by His Excellency Brigadier David Granger at the Observance of the 146th Birth Anniversary of Mahatma Gandhi October 2, 2015