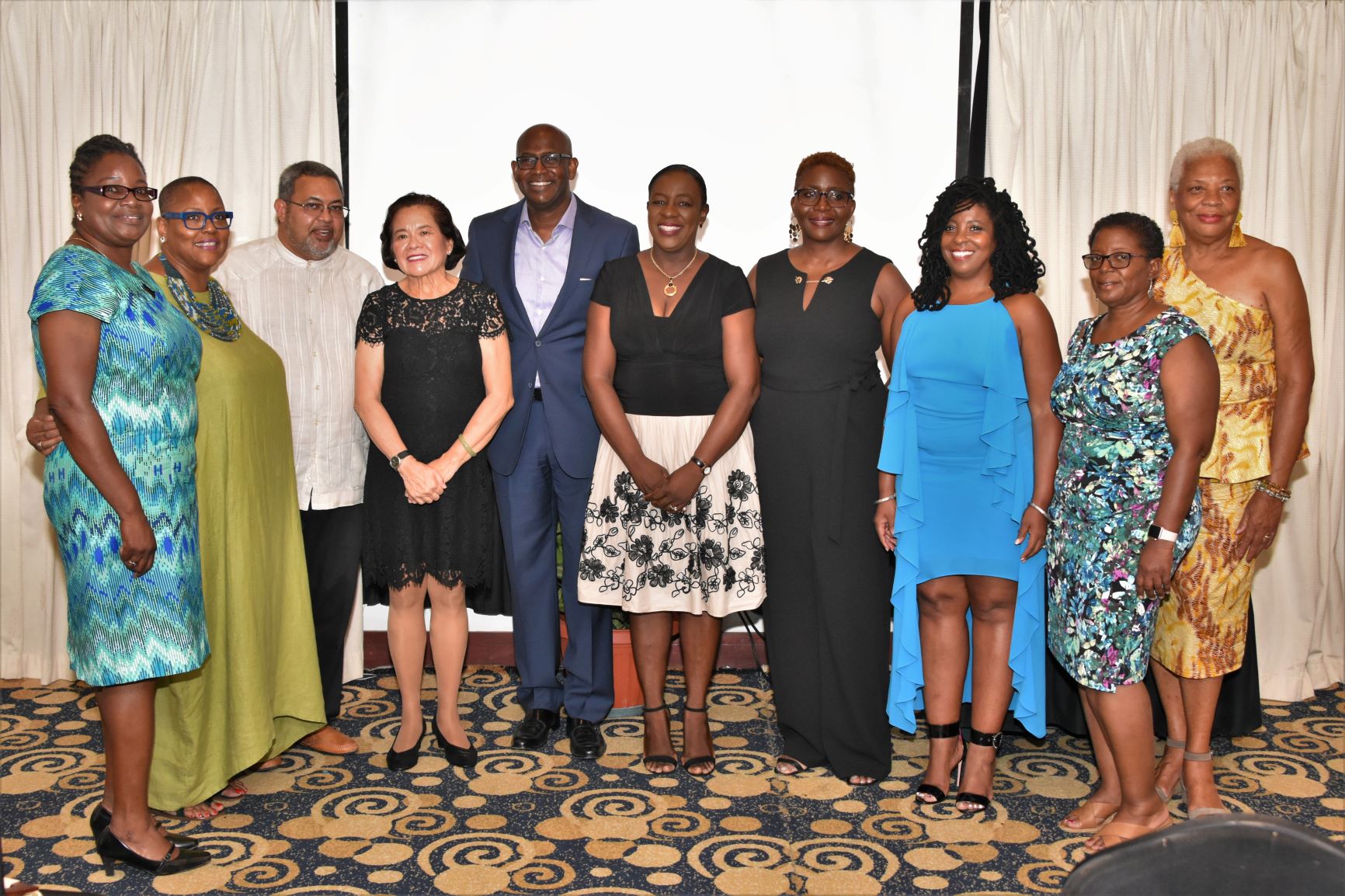 Georgetown, Guyana – (April 28, 2017) First Lady, Mrs. Sandra Granger, today, met with the group of young Guyanese at the Cliff Anderson Sports Hall, who are currently fine-tuning their robotic project in preparation for the inaugural Robot Olympics in Washington DC, USA in July. Minister of Public Telecommunications, Ms. Catherine Hughes, Director of the Sports, Mr. Christopher Jones and a number of private sector sponsors were also present when the group presented their progress report and relayed some of the challenges that they have encountered to date.

The First Lady informed the students that the Ministry of Education as well as a number of other agencies have committed to supporting their participation in the upcoming championship. “Robotics is an important area of study. This is going to govern agricultural, social, educational and economic development and I am very happy to see how young people are just glomming on this initiative and running with it,” she said.

Director of the Sports, Mr. Christopher Jones (first, right) and the team with their robot

Meanwhile, Minister Hughes issued a call to corporate Guyana to get on-board and support this group of young, vibrant and creative Guyanese, who are set to represent the country at such a major platform. “We need to be able to fund this trip and so we are asking everyone who can step forward and make a donation, to consider it your national duty to do so,” she said.

More than 150 countries from around the world are expected to participate at the Robot Olympics. This initiative is part of the wider Science, Technology, Engineering and Mathematics (STEM) programme, which was started last year under the aegis of the First Lady’s Office. It is being spearheaded by Ms. Karen Abrams, an overseas-based Guyanese. 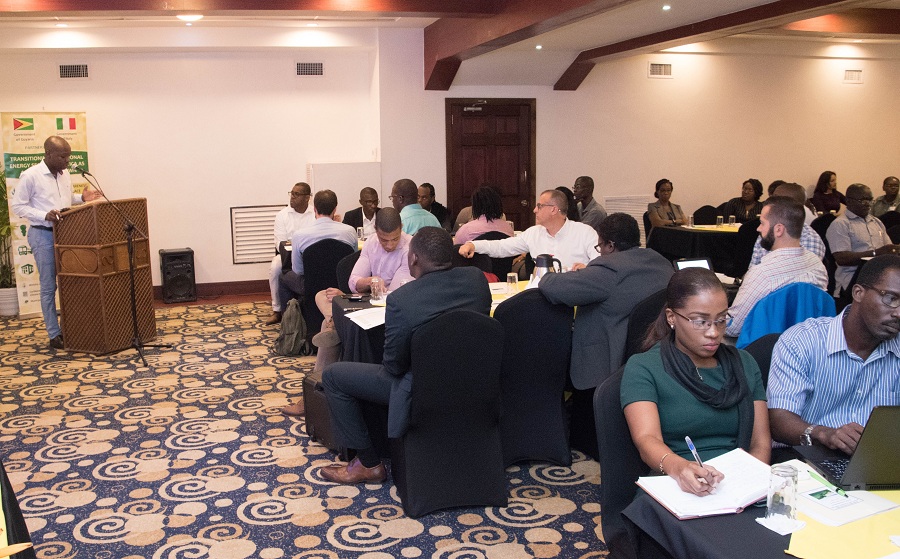