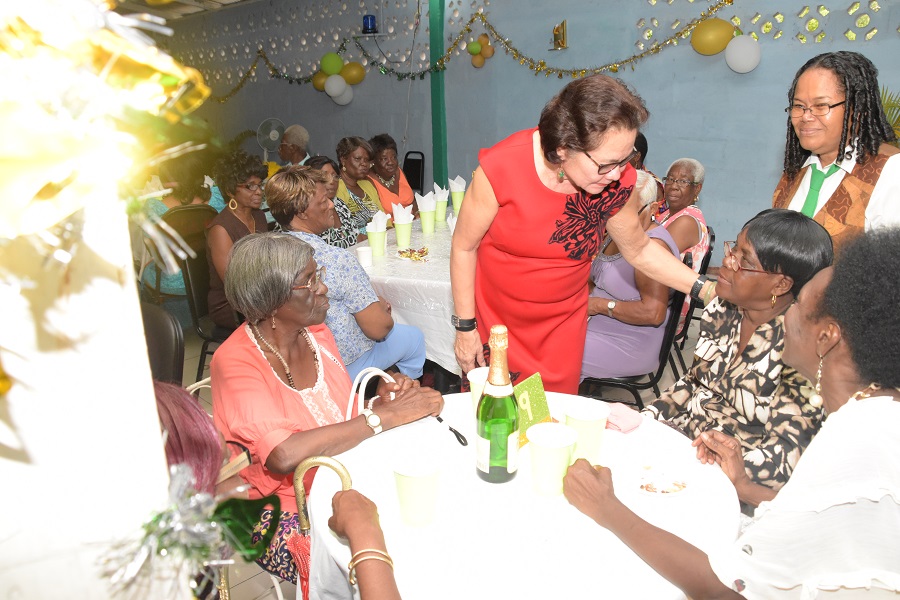 London, United Kingdom (April 26, 2017) The Rt. Hon. Baroness Anelay of St. Johns DBE has announced that she will be visiting Guyana from May 1-3, 2017 as part of a three country tour, which includes Trinidad and Venezuela. The British Minister of State of the Foreign and Commonwealth Office made this announcement at the Caribbean Council’s House of Lords Annual Reception, last night, where President David Granger also delivered an address outlining Guyana’s abundant resources, investment potential and its strengthened legal and regulatory framework for the national and multilateral investors, who attended the event.

The Guyanese Head of State said that he believes such investors are beginning to see Guyana as a new horizon that does not diminish the opportunities in other Caribbean States but adds to the overall value of the region as an investment destination. “They could combine the benefits of having investments in the Caribbean with those in Guyana. Guyana has got tremendous advantages as the only English speaking country on the continent, as a law abiding country as opposed to a lawless country, as a country with significant land space and possibilities of developing infrastructure and eco-tourism… I think they were quite impressed and I am very confident that we will be receiving more inquiries and investments”, he said.

Baroness Anelay, who during her visit to Guyana, will meet with the Guyanese Head of State, the Leader of the Opposition, Mr. Bharrat Jagdeo, Ambassador Irwin LaRocque, the Caribbean Community (CARICOM) Secretary-General and members of the private sector, said at the reception, that British investors want to share in those investment opportunities and the future described by the President and added that she looks forward to seeing those developments. She also said that the United Kingdom’s commitment to strong relationships in the Caribbean is demonstrated by the fact that it is the largest bilateral donor to the Region and noted that Guyana is a beneficiary of that commitment.

“Our regional programme for the Caribbean led by the Department for International Development (DFID) amounts to £400 million for the period 2015-2020 and that support includes the £300M pounds UK Caribbean Infrastructure Fund announced just three years ago, which will fund infrastructure projects to support economic growth and prosperity. Mr. President, not only in your speech a few moments ago, but also in our discussions earlier today, I was impressed,of course, by the work you have already done to analyse, which infrastructure projects will be needed not only to support the delivery of the discovery of oil and the delivery of that to the commercial sector, but also infrastructural projects that support the development of tourism”, she said. 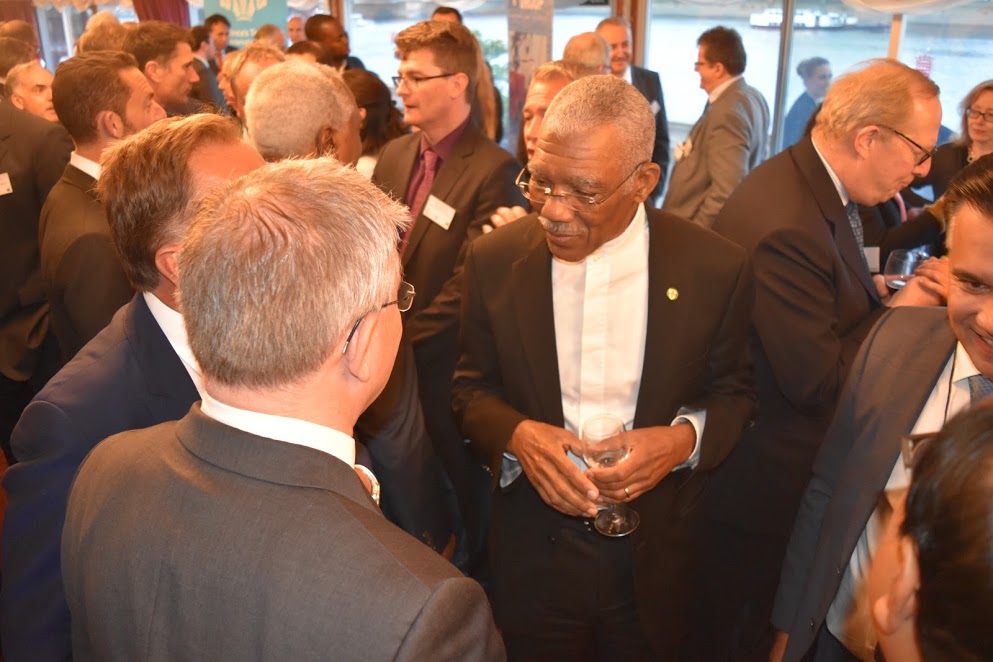 President David Granger interacting with guests at the event

Emphasising the importance of maintaining strong bilateral relationships between the UK and Caribbean States, Baroness Anelay said that even as the country prepares to leave the European Union (EU), it remains absolutely committed to its relationship with the Caribbean. “Mr. President you stressed the fact that Guyana is the only English-Speaking country on mainland South America, we should remember our shared values because our partnership is strengthened also by our strong personal ties, thanks of course in part to the number of Caribbean people, who have made their home in this country and who very much, make such a strong contribution to our country today”, she said.

Dr. Angus McCoss, Exploration Director and a Member of the Board of Tullow Oil, which is conducting oil exploration on the edge of the Guiana-Suriname basin, which he described as the ‘industry’s hottest exploration hot spot’ and the Orinduik-Kanuku area, also spoke at the event and emphasised his company’s commitment to respecting President Granger’s push for environmental protection. 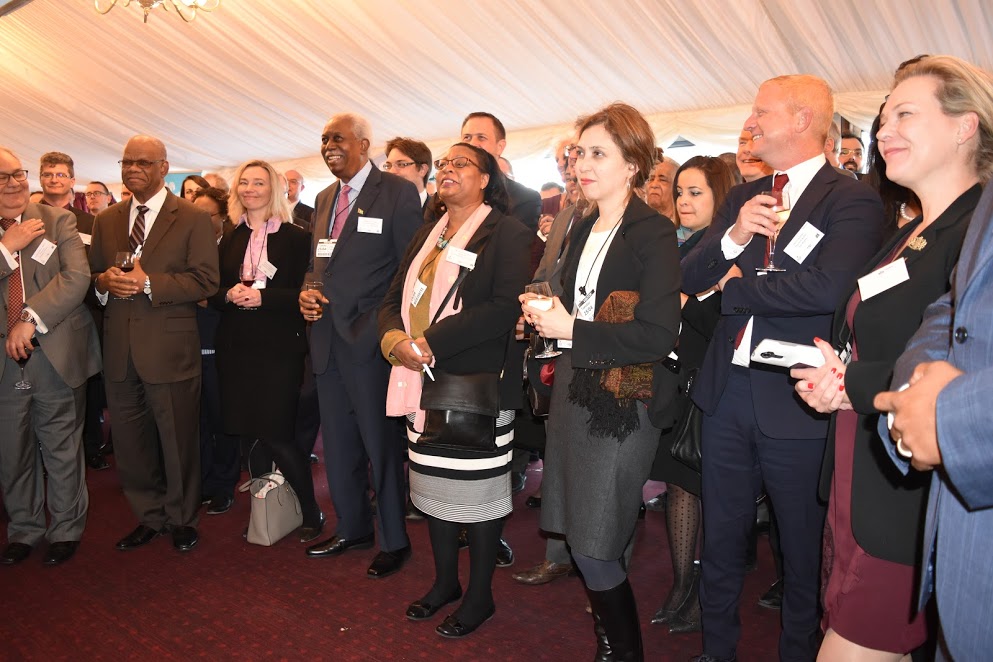 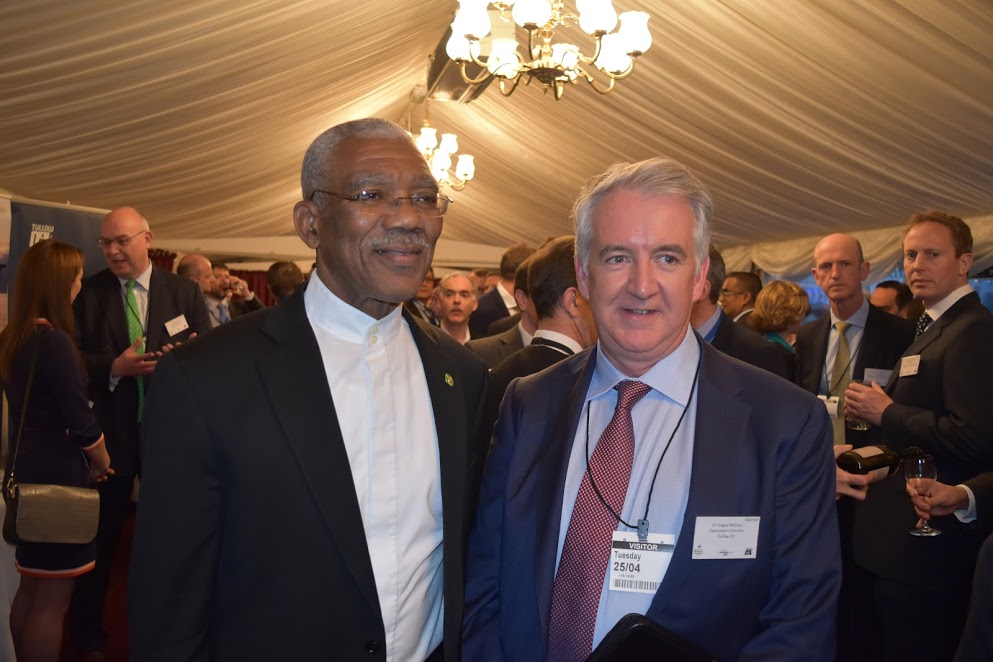 A section of the large audience in attendance at the event.

“A country rich with natural resources is both a great opportunity and a great responsibility for all stakeholders involved and as an oil and gas operator we must be careful to explore, develop and produce oil in the most responsible way [with] respect for both the natural environment, the health and safety of our workers and the communities of our host countries. The economic risks that oil and gas companies take up front are very significant… Once oil begins to flow that’s when the revenues start for both Government and the oil company”, he said.

The oil executive also noted that Tullow Oil is committed to ensuring that Guyanese benefit from any oil production it is involved in. He said, “We understand that the oil exploration industry is still relatively new to the Guianas and the broader Caribbean region, although it is a highly prospective region. Ensuring the nationals of our host countries directly participate in the country’s oil industry is one of the key ways in which we work. We create shared prosperity. Now we have a strong track record, ahead of any legislative requirements, of doing this in our countries of operation. Our support of local business development has also been part of our longstanding commitment to shared prosperity.” 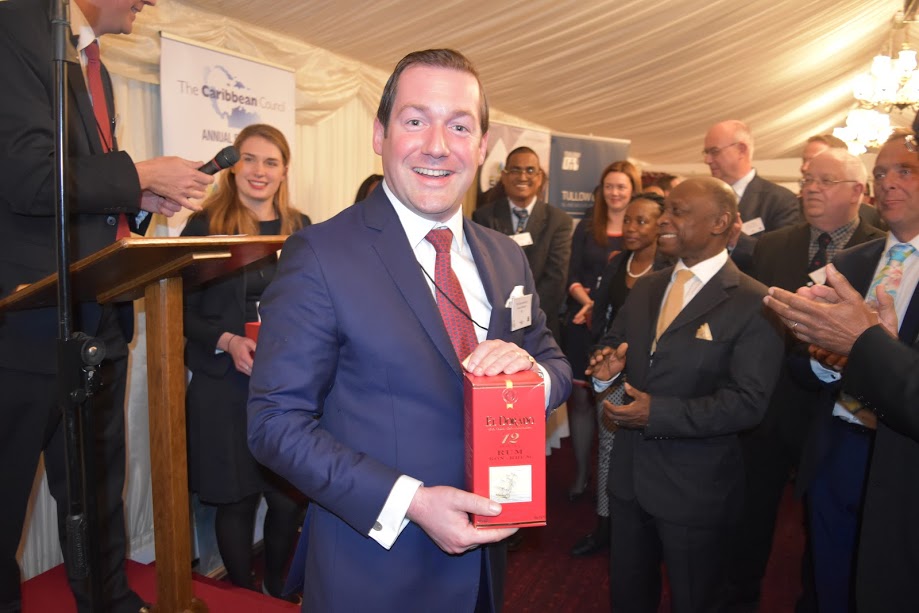 President Granger, this afternoon wrapped up his engagements with the Caribbean Council, attending their Advisory Board meeting. The Head of State, along with Minister of Foreign Affairs, Mr. Carl Greenidge took questions on security, infrastructural development and transparency from Board Members representing Mott MacDonald, Tullow Oil, DART Enterprises Limited, European External Action Service (EEAS), Virgin Atlantic, among others.