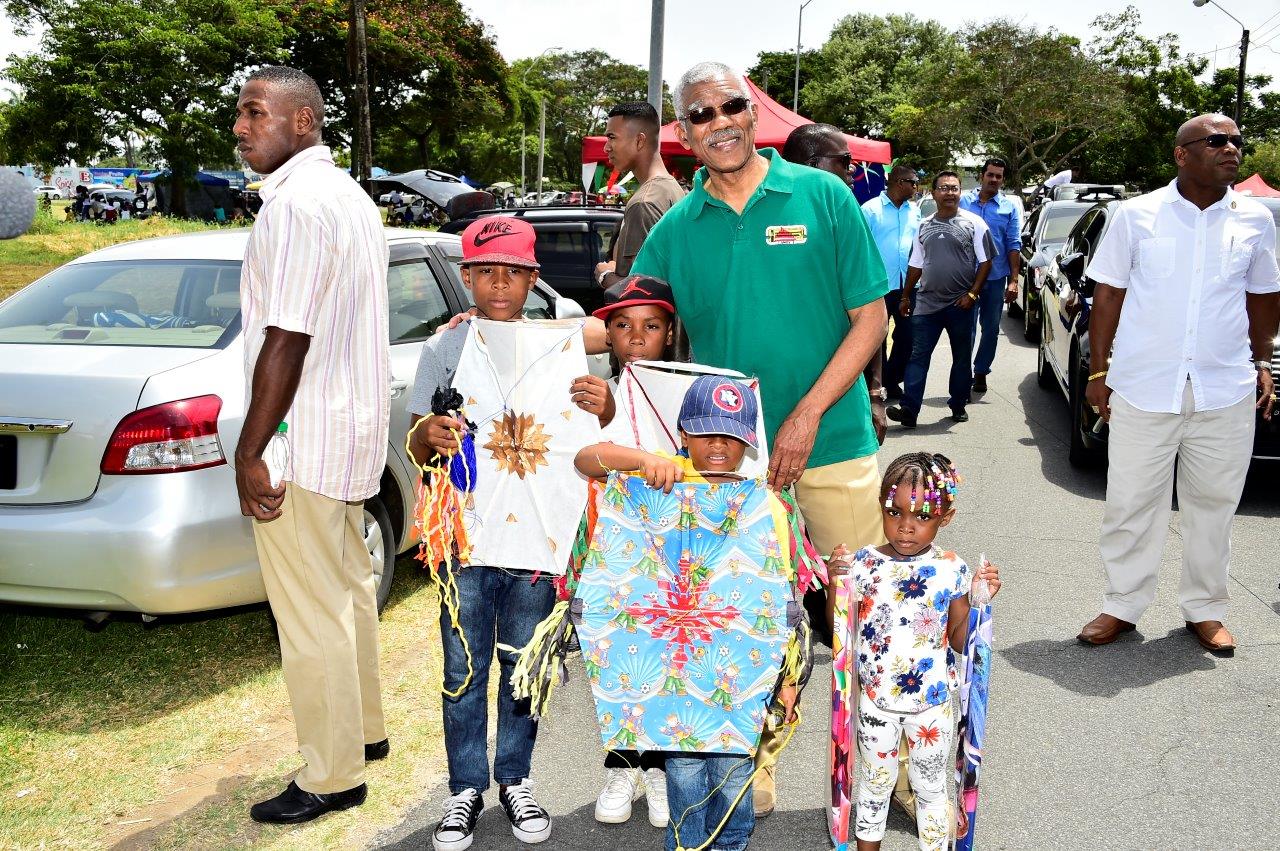 Georgetown, Guyana – (April 17, 2017) President David Granger, this afternoon, participated in a walk through the National Park where he interacted with hundreds of Guyanese, who came out to partake in the traditional kite flying and picnicking in celebration of Easter.

During brief comments to the media, the President said that he has been to several parts of the country over the past two weeks distributing kites to ensure that children can participate in this Guyanese tradition.

The President poses with these children and their kites

“We have distributed over 2,000 kites and I pointed out to [the children] that flying kites at Easter time is a particularly ‘Guyanese’ invention, I would call it, because in some of the other islands, only Guyanese fly kites at Easter. People don’t know why Guyanese like to go out on Easter Monday and fly kites, but it is a real good tradition,” President Granger said.

The Head of State also encouraged families and non-governmental organisations to donate kites to children so that they can celebrate Easter. “I am sure that the children from up the Pomeroon to right up the Demerara River to Malali, have gotten kites all the way to the East Coast Demerara, Parika, Essequibo Islands, so I have had great fun meeting children and I am sure today they will be flying kites all over Guyana. So I would like to wish everybody a Happy Easter,” he said. 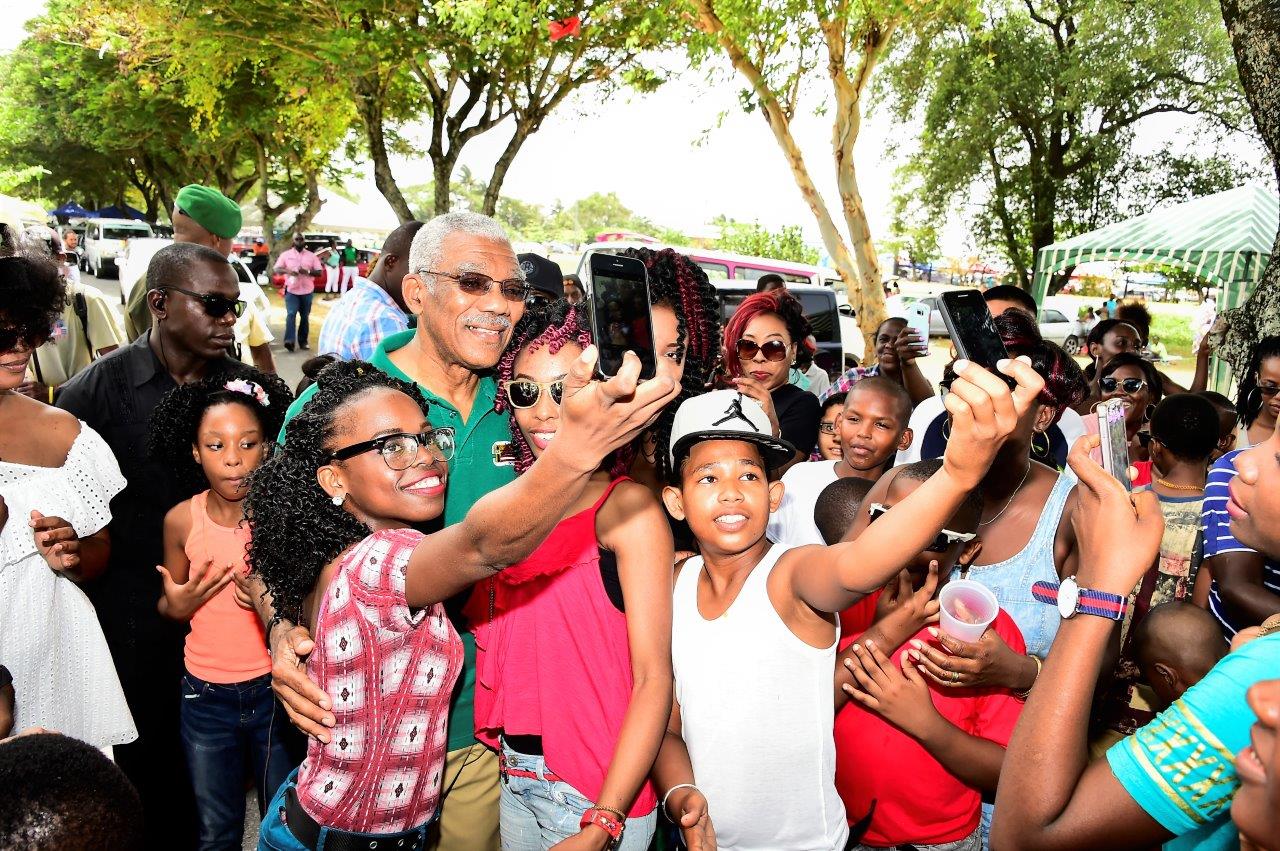 Selfie time! A group of youngsters take a selfie with President David Granger.

Over the past two weeks, the President visited communities in the Pomeroon River, Pomeroon-Supenaan (Region Two), Leguan, Wakenaam and Parika, in the Essequbibo Islands-West Demerara (Region Three), Buxton and Lusignan, in Demerara-Mahaica (Region Four), Bartica in Cuyuni-Mazaruni (Region Seven) and Muritaro and Malali villages in Upper Demerara-Berbice (Region Ten).