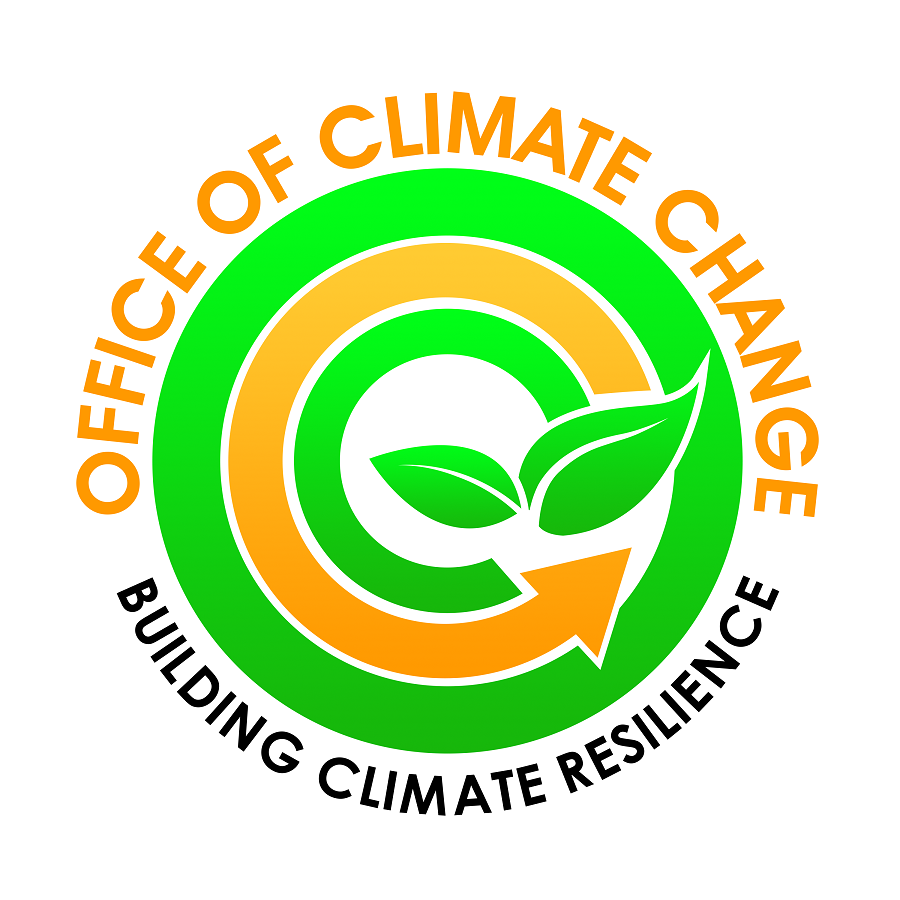 Georgetown, Guyana – (April 13, 2017) The Office of Climate Change (OCC), which falls within the purview of the Ministry of the Presidency, today, launched its new and official logo, which is reflective of Guyana’s push to become a ‘green’ economy.

The Logo, which was launched at the OCC’s Boardroom at the Ministry of the Presidency, by Head of that organisation, Ms. Janelle Christian, will now be used in all of the department’s official correspondence, policies and branding. The Logo is a combination of the three winning designs, from the Office of Climate Change’s (OCC) Logo and Tagline Competition.

Ms. Christian explained that in December 2015 when she took over management of the Office, it was recognised, based on engagements with other agencies and the public, that persons were not too familiar with the work of the department.

“There was also no visual identifier with respect to branding all of the outputs and work that we do and so we felt that it was necessary for us to have a graphical identifier or logo as most people know [it] and also a tag line that spoke to the work of the Office,” she said.

The official logo of the Office of Climate Change

In this regard, the OCC’s Communications department engaged the E.R. Burrowes School of Art to have its students participate in the competition. However, challenges were encountered with regard to the students’ interpretation of the department’s work. This led to further engagements with the students by OCC officials through informative sessions to give them a better understanding of the work of the OCC as well as about climate change and its effects.

Ms. Christian said that as a result of this intervention, the second batch of entries was very impressive and it was clear that the participants had a better grasp of what the OCC is all about. She noted, however, that for practical purposes, the winning design could not have been used as a corporate brand logo and, as such, the department sought the services of professionals, who fine-tuned it, in keeping with the accepted standards of a corporate logo and branding.

“So we submitted the winning entrances to them and asked them to put together what they think best represented the work of the Office and so the logo is a representation of that. We feel that this exactly represents what the Office does,” she said.

The green in the logo signifies the Government of Guyana’s ‘green’ policy and commitment to reducing carbon emissions through ‘green’ energy and sustainable forest management (represented by the leaves). The orange colour, which usually represents warmth or heat, signifies the main thrust of the global effort to reduce emissions to stop climate change and reduce global warming by limiting the temperature increase to 1.5 degrees Celsius.

The tagline, which is “Building Guyana’s Climate Resilience” speaks to resilient pathways, which are sustainable development trajectories that combine adaptation and mitigation to reduce climate change and its impacts.