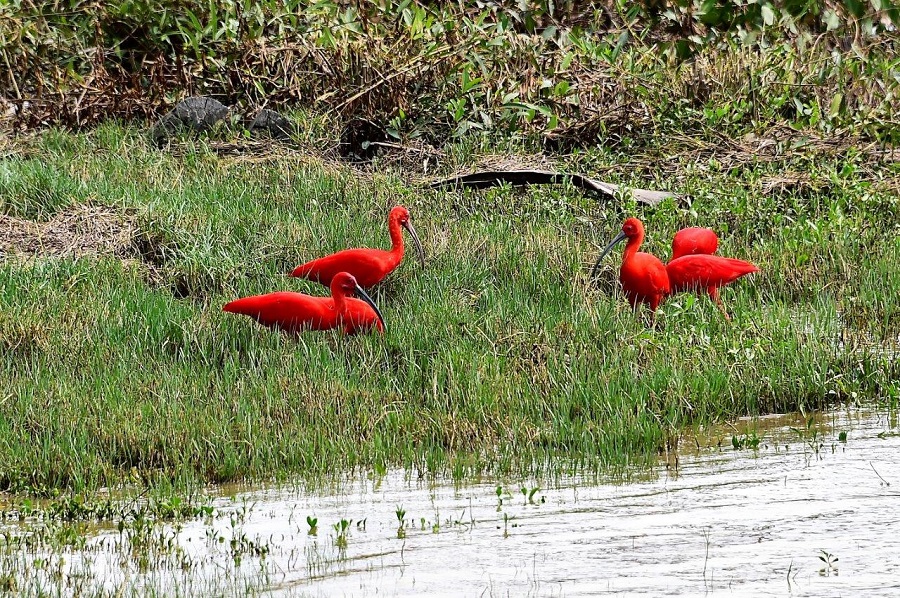 Georgetown, Guyana – (April 9, 2017) President David Granger and his team were in for quite a treat, this afternoon, when they returned from visits to Leguan and Wakenaam in Essequibo Islands-West Demerara (Region Three) and came upon the unmistakable colour of the remarkably brilliant Scarlet Ibis at the Guyana Defence Force’s (GDF) Coast Guard Ship Hinds at Port Georgetown. These wading birds, which are found in Guyana and other parts of South America and the Caribbean, usually form large breeding colonies in mangrove swamps. This small group seemed to be feeding at the water’s edge as they are known to do in mudflats, shallow water and grassy areas.