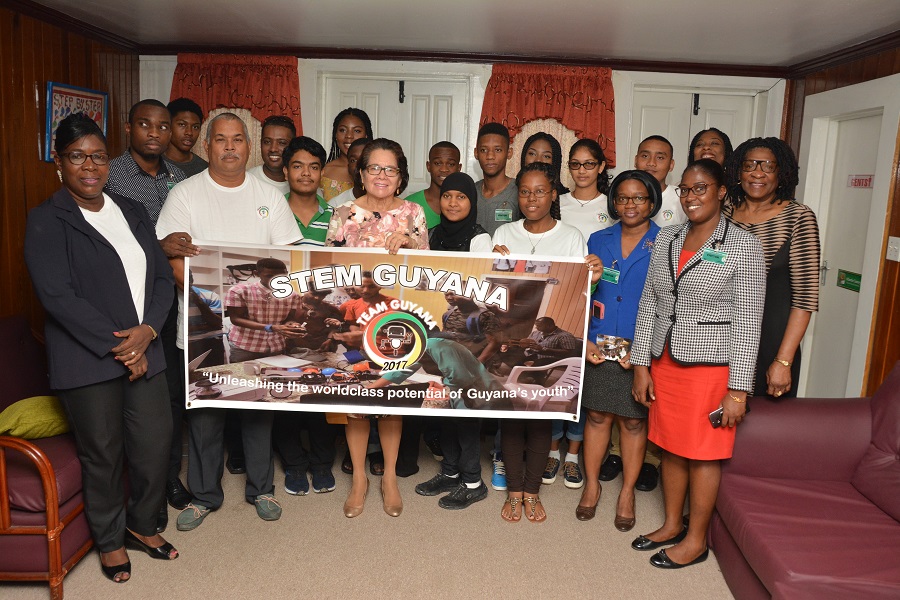 Georgetown, Guyana – (April 7, 2017) Minister of Social Cohesion, Dr. George Norton and a team from the Ministry of Public Health, today, visited the villages of Phillipai and Ammokokopai, located in the Upper Mazaruni, Cuyuni-Mazaruni (Region Seven), to meet with and listen to the concerns of residents. Minister Norton is the first Government Minister to have visited the village of Ammokokopai.

Addressing the residents who gathered at the Ammokokopai village, the home of the Alleluia Church, Dr. Norton said that the visit was two-fold. The primary reason, he said, was to meet with the residents to assure them that their religion is respected and supported by the Ministry of Social Cohesion, as they had previously voiced concerns that it had not been recognised by the Ministry.

However, after hearing about several health related concerns in the area, the Minister opted to liaise with the Ministry of Public Health and a joint team travelled to the village to meet with and conduct a medical outreach exercise.

Minister of Social Cohesion, Dr. George Norton greets some of the students who turned up at the Phillipai Airstrip to welcome him.

In addressing the residents, Minister Norton said that the Government recognises the rights of every Guyanese, among which, are the rights to healthcare and the freedom to practice their religious beliefs.

“Ammokokopai is the centre of the Alleluia church that the Akawaio people consider as being given to them by the Almighty. The tradition is here just as it was before. They have begun to realise that this is something that belongs to them and they are prepared to guard it as their prized possession and they can be assured of the Government’s and the Ministry’s support, respect and regard. This is the Ministry of Social Cohesion and it is what we want to promote. Guyana is a diverse society and there is strength in diversity,” he said.

Further, the Minister noted that while the community might be located in a remote part of the country, the Government is cognisant of its responsibility to every citizen and will ensure that their concerns and needs are addressed. 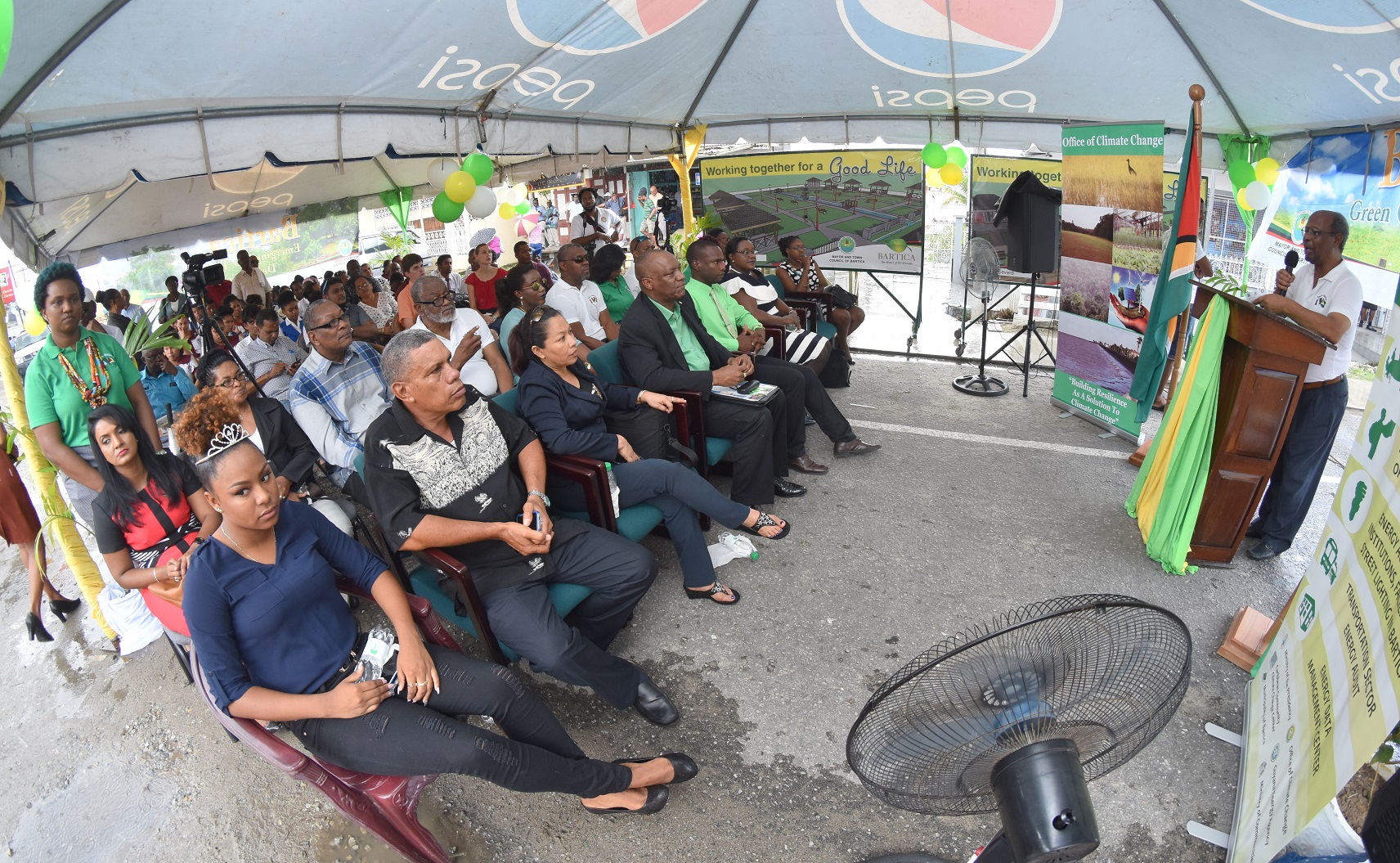 Vice- President of the Alleluia Church, Ms. Doreen Grant leads Minister Norton in a religious practice, after his arrival in the village.

“It is important that the people in this area be represented, whether Middle Mazaruni or Upper Mazaruni and be provided with what they need and this Government will ensure that you are taken care of,” he said.

Minister Norton also committed to having the group partake in the activities planned by the Ministry of Social Cohesion as well as the activities for the Indigenous Heritage Month.

Dr. Onika Scott, Head of the Maternal and Childcare Unit at the Ministry of Public Health, in her remarks, said that the Ministry was particularly concerned about the healthcare needs of the children and mothers in the area and as such, the visit organised by the Ministry of Social Cohesion, provided the opportunity to reach out to these vulnerable groups. 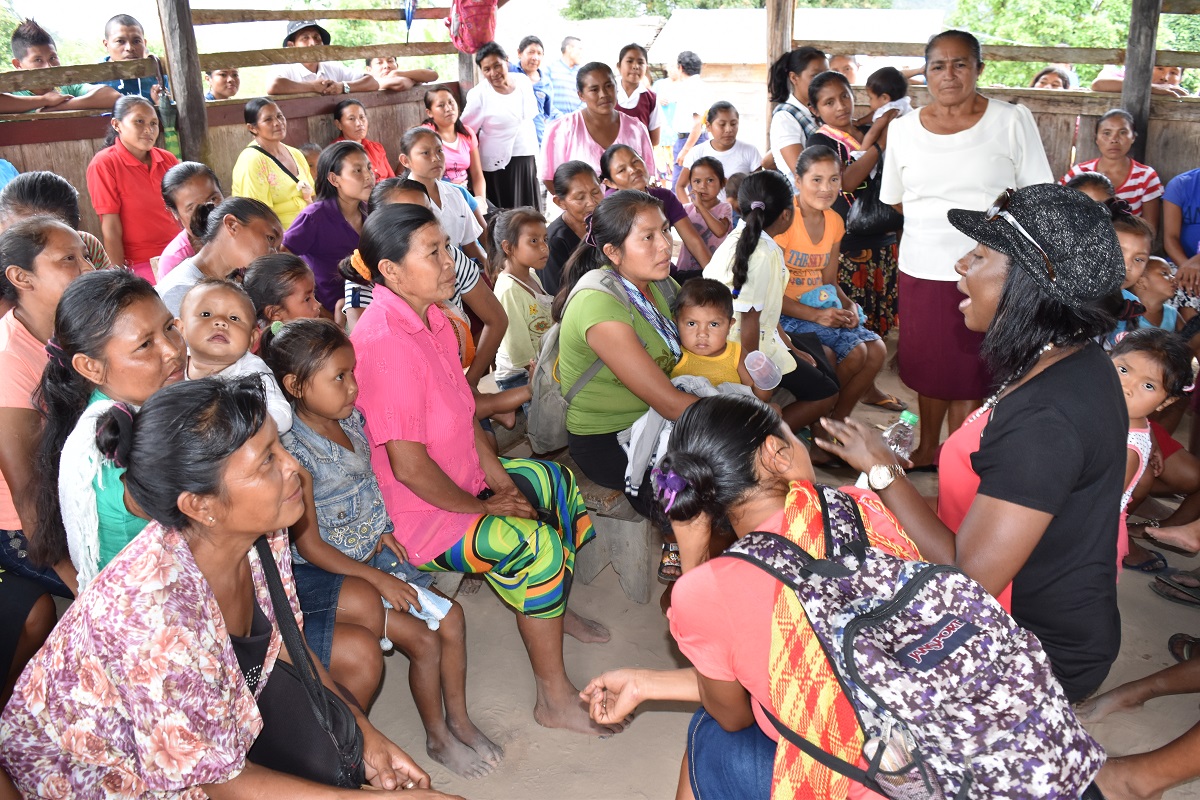 Dr. Onika Scott from the Ministry of Public Health engaging mothers and children from the villages on their health concerns

“We know that there are challenges and the Ministry will work assiduously to address these challenges and we have advanced. The progress might be slow but it is sure. We are going to improve health systems and the delivery of health care in all areas. So as we received the concerns and issues, it is not if we can, it is that we must,” she said.

In the coming week, the Ministry will be delivering a vaccine refrigerator to the village so that vaccines for the children especially, can be administered as is required. Additionally, the Ministry will now work closer with the regional health authorities to ensure that pharmaceuticals reach the villages in a more timely manner.

Toshao of the villages, Mr. Yarell Austin, in an invited comment, said that the residents were pleased that the Government has taken the initiative to reach out to the communities, after it has been neglected for such a long period. 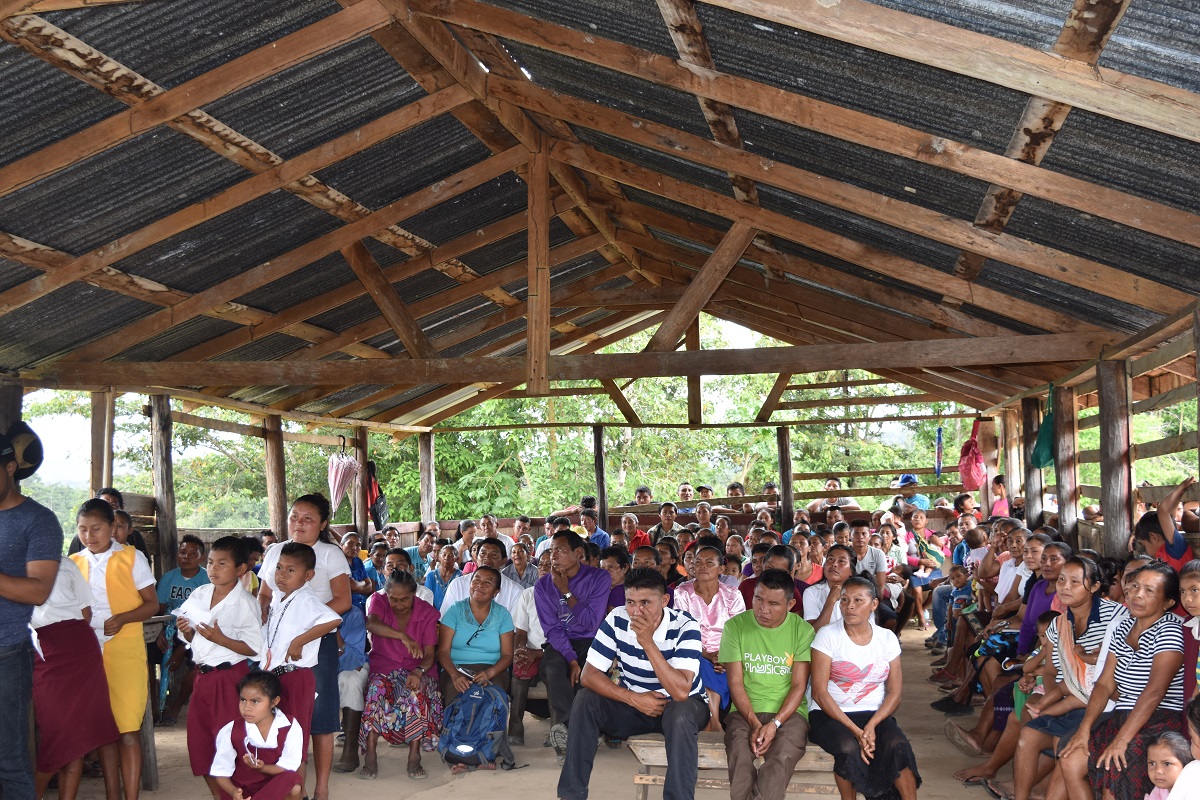 “I do appreciate his [Minister Norton’s] visit and as other speakers were saying, there were no other persons from the previous government to speak to us and so we thank this Government for remembering us and visiting us. We are in a far village and we never get a chance to talk to the Minister like this. We look forward to him working with us to address any concerns we may have,” he said.

Mr. Humphrey Joseph, a villager, expressed similar sentiments to the Minister noting that “there is no other person who visited us here and we are so happy to see you … that you have come here to see us.”

Ms. Yvonne Thomas, another villager, said that she is cognisant of the fact that the Government is inclusive and promoting social cohesion and it is therefore their wish that the Alleluia Church be included in its activities.

“We are asking that this Church and this religion be respected and regarded by your Ministry. At no time, we don’t want to be put out of our mission,” she said.