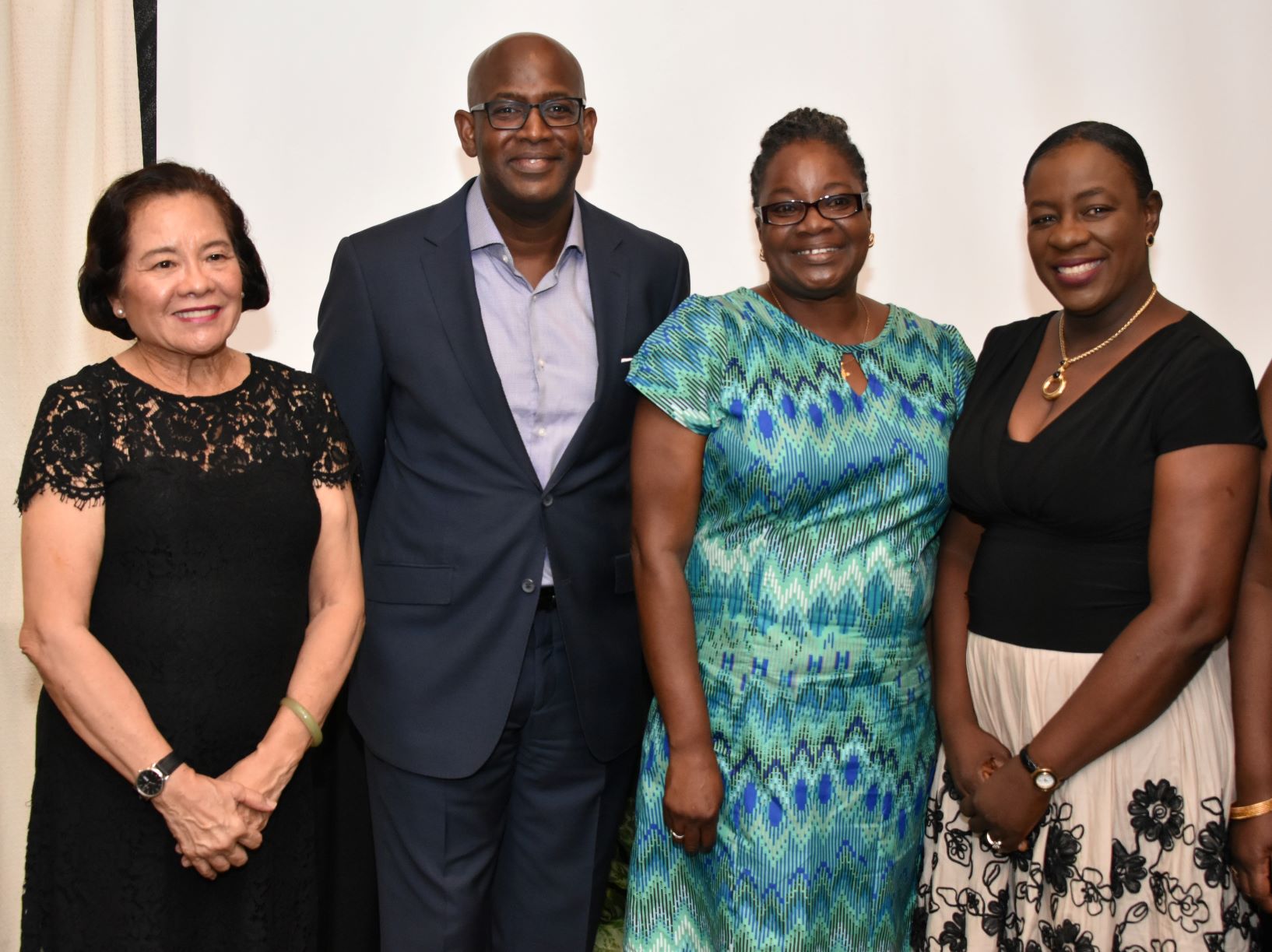 Georgetown, Guyana – (April 6, 2017) The eight delegates, who are vying for the crown in the 2017 Bartica Regatta Pageant, today, paid a courtesy call on First Lady, Mrs. Sandra Granger, at her office at State House.

This year, in keeping with President David Granger’s push to make Bartica a ‘green’ model town, the delegates have been tasked by the Bartica Regatta Committee with promoting projects, which are aimed at helping to transform the town into an environmentally friendly place. The delegates, during the meeting, told the First Lady about those projects and also discussed their platforms, which range from suicide to driving under the influence of alcohol.

First Lady, Mrs. Sandra Granger in discussion with some of the delegates at her office at State House.

Mrs. Granger used the opportunity to speak to the young girls on the importance of self-confidence, education and using their platform to be role models to young girls in their community.

Ms. Gabriela Chapman, one of the delegates, in an invited comment, said that all of the delegates are thankful for the advice provided by the First Lady and noted that they are leaving the meeting feeling even more empowered in their journey.