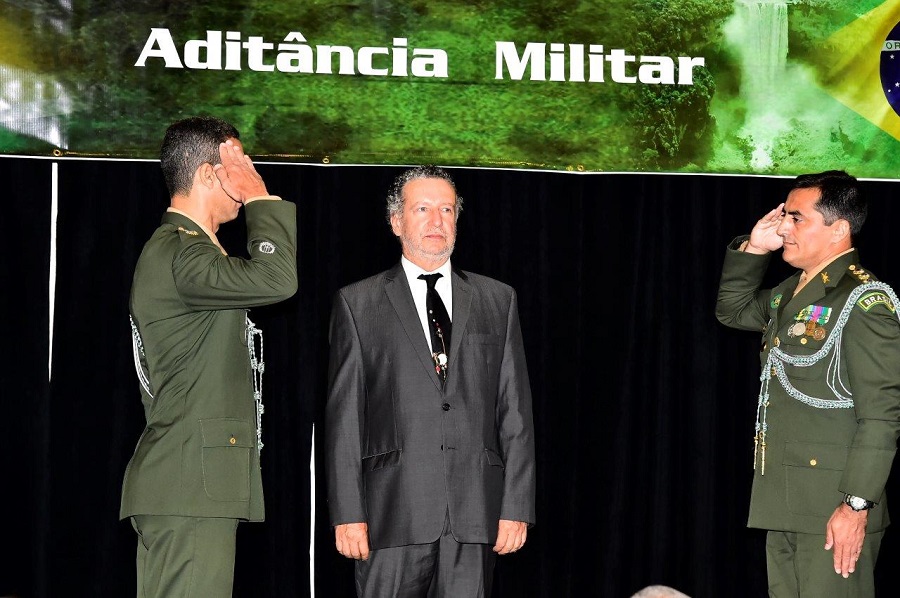 Georgetown, Guyana – (March 30, 2017) President David Granger, this evening, attended a simple ceremony to mark the formal handing over of responsibility of the Brazilian Defence, Naval and Army Attaché to Guyana, Colonel Oswaldo Benedito Romao da Silva to Colonel Emerson Deni da Silva. The ceremony was held at the Marriott Hotel.

Colonel da Silva began, who his tour of office in March 2015, said that it was an honour to represent his country in the friendly, neighbouring State of Guyana. “I’ve learnt a lot from the Guyanese people and today I am proud to look at myself as a small part of Guyana’s history and understanding the tradition of this wonderful nation will be the biggest legacy for me,” he said. 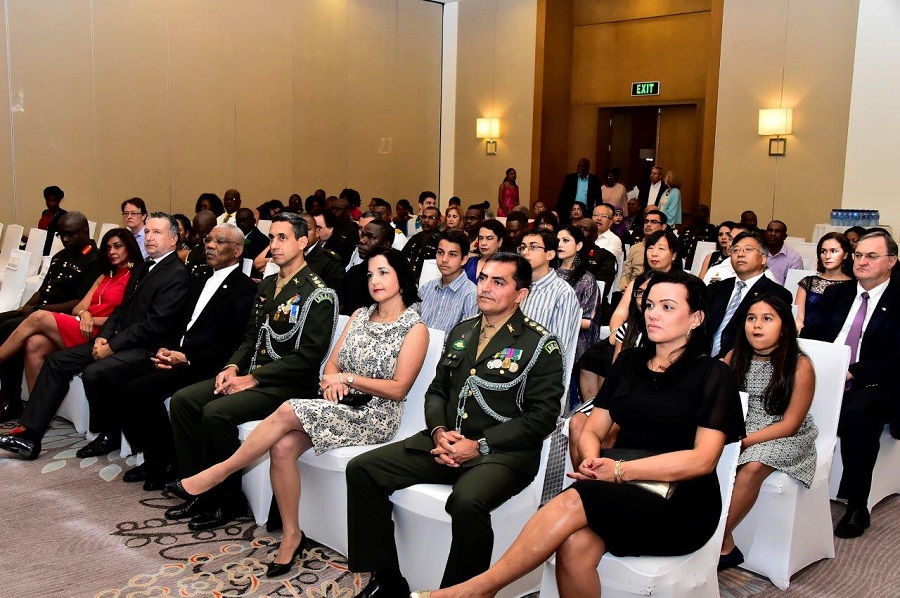