“Carve your own path and hold on to your dreams” – First Lady, Mrs. Sandra Granger at R.E.A.C.H. school’s initiative 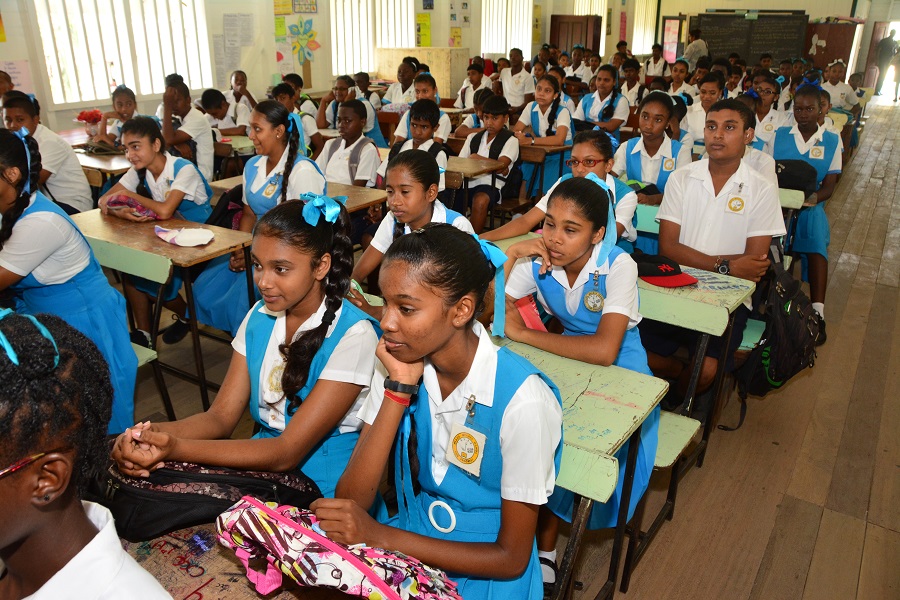 Georgetown, Guyana – (March 31, 2017) First Lady, Mrs. Sandra Granger, this morning, joined members of the Buxton Theatre Arts Company on a school programme aimed at inspiring students at the Beterverwagting Secondary School to make better choices during their formative years as they approach adulthood.. The programme, which is a collaborative effort between the Ministry of Education and the Buxton Theatre Arts Company, was first launched on March 3, 2017 at the Bladen Hall Secondary School, under the acronym R.E.A.C.H., which is meant to encourage young people to Respect themselves and others, to be Empowered, Aspire for greatness, Conquer their fears and challenges and Hold on their dreams, values and dignity.

Delivering the feature address, Mrs. Granger urged the students to remain focused on accomplishing their goals. “I urge you [to] discover the beauty in yourself. Carve your own path, hold on to your dreams and keep moving forward. Whatever your faith, each one of us is unique. No one else can take your place in this place at this time. We all have dreams and some idea of who we would like to become and were we would like to go in this life. So hold on to your dreams,” Mrs. Granger said.

The First Lady also spoke on the impact of social media and Information Communication Technology and its potential to both positively and negatively impact their lives. “Social media can be very cruel because it encourages bullies to believe that they can hide behind a code name and be as abusive as they wish to other people. They are neither kind nor considerate. I love all the fantastic things that we can access through Information and Communication Technology. But I fear that these new innovations may be depriving us of the ability to empathise with each other. That is, to put ourselves in another person’s shoes and try to understand what that person is experiencing in his or her daily life,” Mrs. Granger said.

President of the theatre Company, Mr. Tremayne Henry said that drama is used as a tool to inspire and motivate members of society. “[We] want to enforce that there is hope, despite any situation… Because of what is [happening] in our schools and [students] being exposed to the public in a negative way, we have opted as a group to reach out positively to you our fellow students. [We want] to encourage you that education is the key and most of all you are the children of the future,” Mr. Henry said. 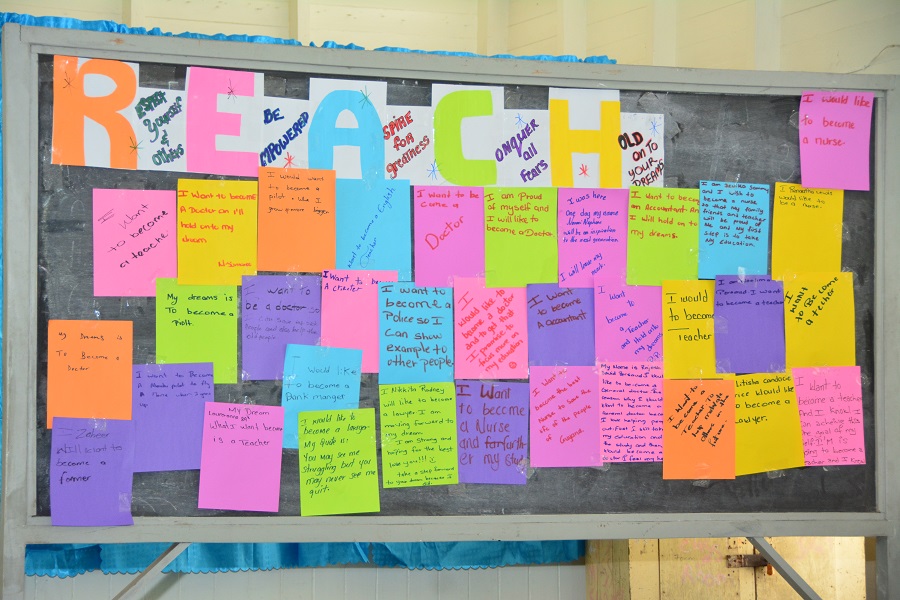 This is board will serve as a reminder to the students of Beterverwagting Secondary School that they should never give up on their dreams.

Ms. Cassandra Fernandes, who is also a member of the theatre company, said that the group saw the need to implement the programme to ensure that young people are given the tools to protect themselves at a time when there are so many negative reports. “We felt the lives of you our students were being put at risk. So we embarked upon this project because we needed to. We saw your lives slipping away,” Ms. Fernandes said.

Meanwhile, several students of Beterverwagting Secondary School said that the initiative was a good one that has inspired them. “I feel good and I will not be a follower but I will be a leader. I will take in my education and become independent,” Ms. Christine Chowkai said. Ms. Neelima Persaud said that she has been inspired to always put her education first.

Over two thousand students have so far benefitted from this initiative since it was first introduced including, Bladen Hall Secondary School, Buxton Secondary School, Annandale Secondary School and Lusignan Secondary School. The Buxton Theatre Arts Company has been in existence for 10 years and has been providing edutainment in several villages including schools along the East Coast of Demerara in an effort to educate their peers.

Ministry of Foreign Affairs to host Heads of Missions Conference