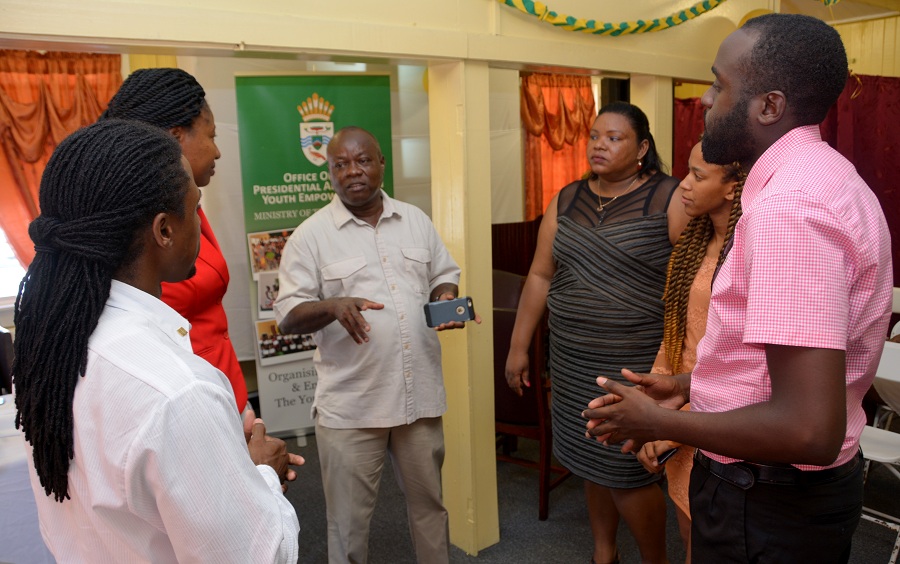 Georgetown, Guyana – (March 29, 2017) Presidential Advisor on Youth Empowerment, Mr. Aubrey Norton, today, congratulated the 23 graduates of the Financial Literacy and Small Business Training Programme and told the group that investment in youth is among the top priorities of Government. “[Government] sees young people as a human resource to be developed. Too regularly young people are dealt with as if they’re a problem. We do not believe that young people are a problem. We believe they are a human resource to be developed and once they are given the requisite training then they will achieve their objectives,” Mr. Norton said during his address at the graduation ceremony, which was held at the Resource Centre of the Ministry of Education on Middle Street.

The financial literacy training programme is one of several capacity building and education initiatives for young people, which the Government has embarked on. The Presidential Advisor said that the administration is investing in these programmes because it views this segment of the population as a vital human resource for nation building. Mr. Norton also encouraged graduates, who are interested in pursuing agro-processing ventures to enrol in the agro-processing training programme offered by his office.

He expressed the hope that the programme has made a significant contribution to the participants’ development as it has its genesis in the initial efforts to address youth unemployment. Mr. Norton said that while no Government can provide employment for all of its citizens, this administration endeavours to provide the education and training resources and opportunities to equip young people with the skills to create employment.

Presidential Advisor on Youth Empowerment, Mr. Aubrey Norton shares a light moment with some of the graduates of the programme.

At the same time, he encouraged the graduates to view today’s certification as the first step in a long journey towards becoming entrepreneurs and cautioned them that they must overcome challenges in order to be successful. “At present you’re being certified. You’re given a piece of paper, which says you have the capacity… It becomes a qualification when you can operationalise it and put it in to practice and use it efficaciously so that you can achieve your objectives,” he said.

The Presidential Advisor also encouraged the graduates to see education as a continuous pursuit and to practice self-discipline as these are among the most critical elements of success in small business.

Acknowledging that finding financial resources is often a challenge for businesses persons, the graduates were encouraged to seek out the services offered by the Small Business Bureau and the Institute of Private Enterprise Development.

The Presidential Advisor commended Ms. Patsy Russell, Facilitator of the Programme, whose contributions he said led to the development of a more comprehensive curriculum. Ms. Russell said that she was heartened that the students had graduated and she urged them to share their knowledge within their communities. “I must say that I was very, very pleasantly surprised at the presentations of your proposals, which tells me that our nation is not in trouble as some people say, but we are progressing… I know that you have come away with a good product,” she said.

Dr. Hector Butts, Finance Secretary at the Ministry of Finance, charged the graduates to regularly review the content of the manuals provided under the programme. “You’re going to meet some obstacles along the way, some naysayers along the way, but because you’ve got the wherewithal to know that you can search, to know that you can reach out … you have to have resourcefulness [it] is vital because it tells you how to make the most out of what you have,” he said. 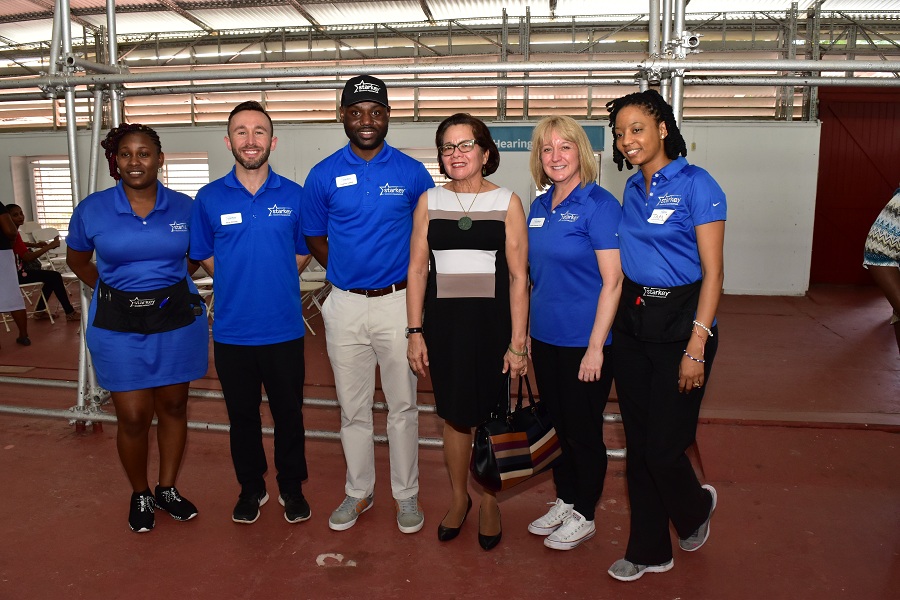 Several of the participants expressed gratitude to the Government for the programme, saying that its wide-ranging curriculum has given them the tools to propel their aspirations of becoming entrepreneurs. In an invited comment, Ms. Malecia Ward, who said that she had previously ventured into several businesses unsuccessfully, praised the expansive curriculum. “My experience with this programme has been very surprising… I never thought of it having all that information… On this programme you were taught so many other things; how to budget it, how to manage it, how to skilfully go about it, how to have patience and to how know that when you start something not [to] quit… To be successful it is continuous,” she said.

Mr. Trevor Franklin said after working in both the public and private sectors he enrolled in the programme to see if he had the qualities needed to become an entrepreneur. In an invited comment, he said that the programme was “a well thought out step towards the future of young people in Guyana to not only be employed but employers… Personally I see it benefiting me by whatever I learnt to impart it in my current occupation and in my future endeavours… to become an entrepreneur”.

According to Ms. Michelle Nelson, who hails from Lethem, Upper Takutu-Upper Essequibo (Region Nine), the sacrifices that she made to participate in the programme were worth it. “I am happy to know that I have gained vast knowledge in the financial [aspect] of my business because I was having some problems doing my budget and cash flow… but with this programme I have learnt so much,” she said.

Message of Condolence from His Excellency, Brigadier David Granger, President of the Cooperative Republic of Guyana on the passing of Ms. Carmen Jarvis