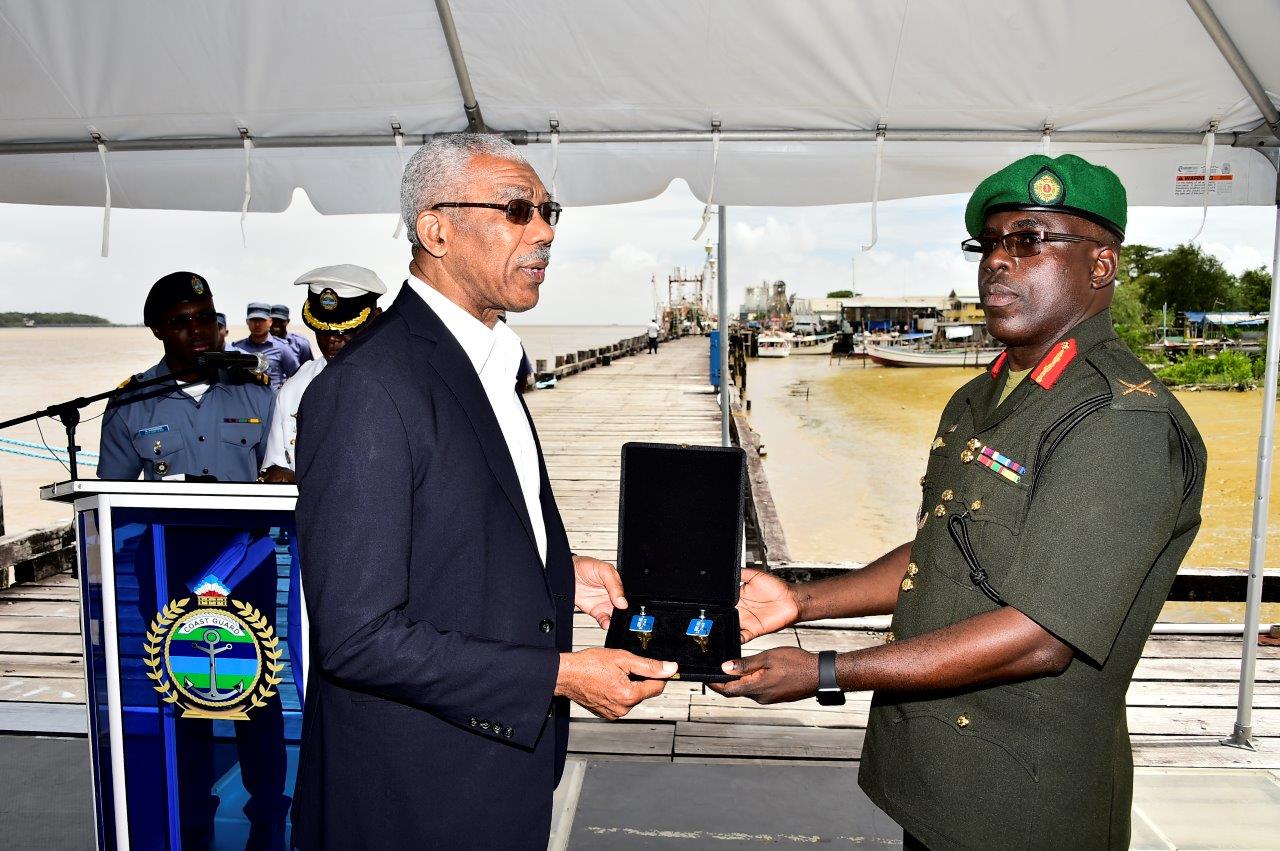 Georgetown, Guyana – (March 29, 2017) Commander in Chief of the Armed Forces of Guyana, President David Granger, today, pledged Government’s support to the recapitalisation of the Coast Guard of the Guyana Defence Force (GDF) to ensure the protection of marine assets, prevention of transnational crime and the promotion of international and coastal trade. The Head of State, while delivering the feature address at a commissioning ceremony for two new vessels at the Coast Guard Ship Hinds (GCGSH) at Ruimveldt, also noted that the maritime defence body must be equipped to secure Guyana’s territorial security.

“We are confident that the Coast Guard has the will and we will provide it with the assets to remain in the forefront to suppress illegal activities on our rivers and our maritime waters. It will receive and continue to receive the support of the Government to suppress all illegal activities including poaching, fuel smuggling and piracy at sea. The Coast Guard must ensure that our territorial waters are kept secure,” he said.

President David Granger presents the keys to the Metal Sharks to the Chief of Staff of the Guyana Defence Force (GDF), Brigadier Patrick West.

The two boats are Metal Shark 38V Defiant Class vessels, which were purchased by the Government of Guyana at a cost of $140 million each, are outfitted with three 300 horsepower engines and measure 38 feet in length. President Granger said that they are essential to national security and are an investment in safety. “The Coast Guard…needs a stronger and larger fleet of vessels but we can do only what we can afford. We need surveillance equipment; larger and faster vessels and I would like to assure the Chief of Staff and the Commandeer of the Coast Guard that the Defence Board and the Government of Guyana will do everything that is possible within the limit of our resources to ensure that assets are provided for the recapitalisation and strengthening of the Coast Guard in order that it can effectively discharge its functions,” he said.

At a time when Guyana is on the verge of becoming an oil-producing nation, the President said that it is important, now more than ever, that the Coast Guard be recapitalised and equipped to effectively perform its functions. 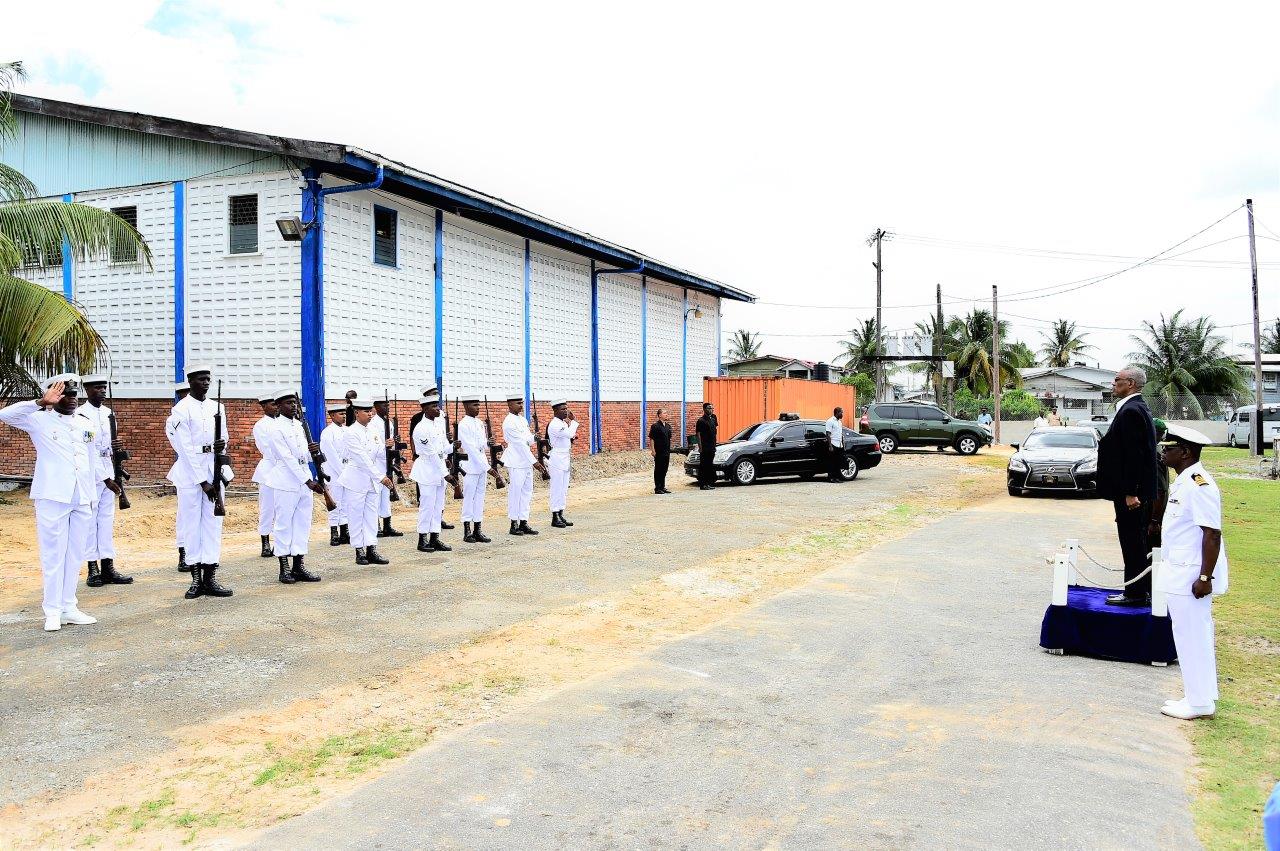 “Our Exclusive Economic Zone [EEZ] is the next new frontier of economic development. Petroleum exploration is now taking place apace in Guyana’s offshore waters. A number of foreign companies are engaged in this sector. The Coast Guard must be strengthened to provide greater security to investors in petroleum, fishing and other maritime activities. Guyana must continue to ensure the safety and security of its sea-lanes so that ships can enjoy safe passage within and through our waters. International trade, just like petroleum exploration is a driver of economic development,” he said.

For too long, the President said that Guyana’s shipping industry has been threatened by the abuse of the country’s waters for the transhipment of narcotics and the smuggling of contraband. These activities, he said, have not only deprived the country of much needed revenue, but have the potential to ruin the country’s reputation as a secure destination for investors. The Coast Guard must, therefore, be equipped to confront and eliminate illegal activities in the country’s waters.

“They distort our economy. They spawn violence and other forms of criminality. Guyana’s territorial waters are expansive. It is easy for vessels to unlawfully discharge and tranship contraband goods. The Coast Guard must, therefore, have the capability to respond to emergencies within our waters including the responsibility to conduct search and rescue missions at sea. The Coast Guard must be able to enforce the laws relating to safe navigation at sea and our rivers,” President Granger said. 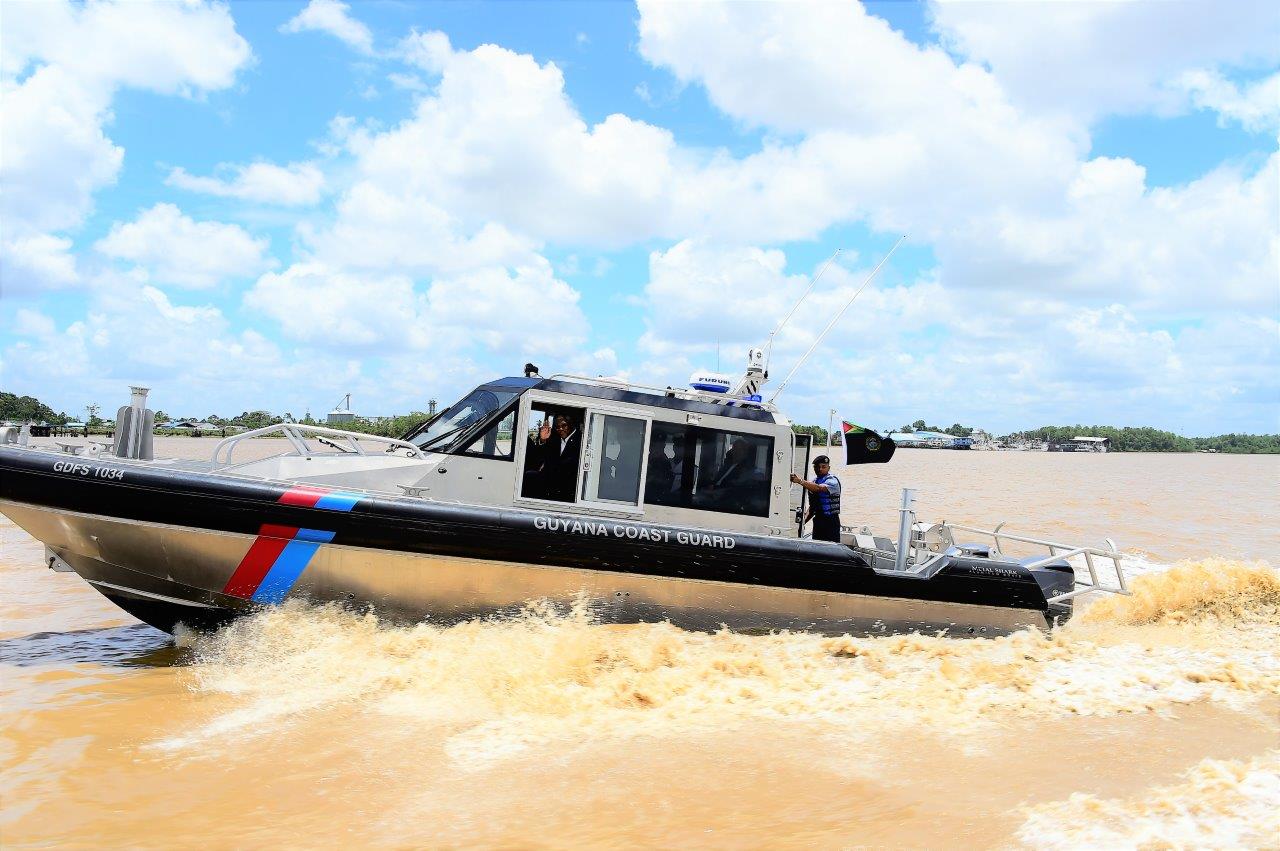 President Granger waves and smiles as he is taken on ride in one of the new vessels.

The Head of State pointed out that the Coast Guard is one of the most important arms of the State and that capital investments must be made if they are to effectively fulfil their functions.

“Guyana, a small state on the continent of South America, one of the smallest states on the continent, has long land frontiers with its neighbours – Brazil, Venezuela and Suriname. We have a 459 km coastline with the Atlantic Ocean. The protection of the Guyanese people, the preservation of peace and the maintenance of our territorial integrity of Guyana – on both land and sea – are the State’s most important responsibilities. This is the foundation on which the Guyana Coast Guard has been established and specifically mandated to enforce the provisions of our laws relating to the regulation of Guyana’s rivers, our harbours and our ports,” he said.

President Granger said that the price Guyanese must pay for security and safety is eternal vigilance and as such, the Coast Guard is critical to ensuring that level of surveillance in the country’s maritime space. 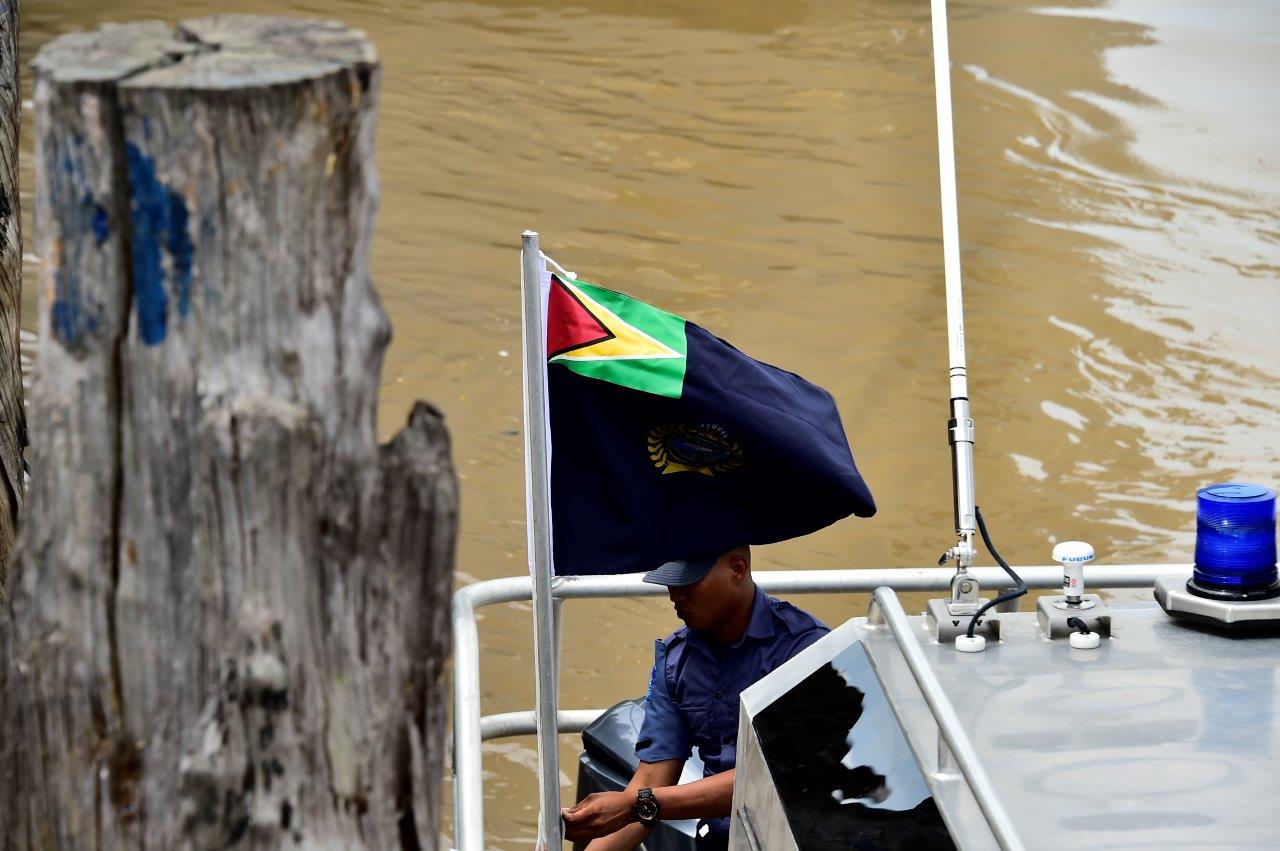 The Ships’ Colours are hoisted on the newly commissioned vessels

Meanwhile, Chief of Staff of the Guyana Defence Force, Brigadier Patrick West, echoed similar sentiments, noting that the vessels will not only help in recapitalising the Coast Guard, but will also ensure that a more proactive approach is taken to curbing illegalities in Guyana’s waters. He said that the effort is a tangible demonstration of Government’s commitment to ensuring national security.

“The overall length, breadth and carrying capacity, endurance and systems all make these vessels an ideal platform from which the Force can engage and ensure hot pursuits, interdictions, surveillance activities and such like, all geared towards satisfying the Force’s tripartite role. The Force says thanks to the Government of Guyana for taking this visionary step, with which we will improve the security of our inland waterways and our territorial sea,” Brigadier West said.

Commander of the Coast Guard, Colonel Orin Porter, in an invited comment, said that the two additions, which will now bring the Metal Sharks fleet to seven, will go a long way in improving the work of the organisation. “This will help us in every way possible. We will be able to look at territorial integrity, issues of piracy, trafficking in persons, monitor the setting up of nets and so on. It will really see our operations being scaled up,” he said.

President Granger meets with Chancellor of the University of Guyana