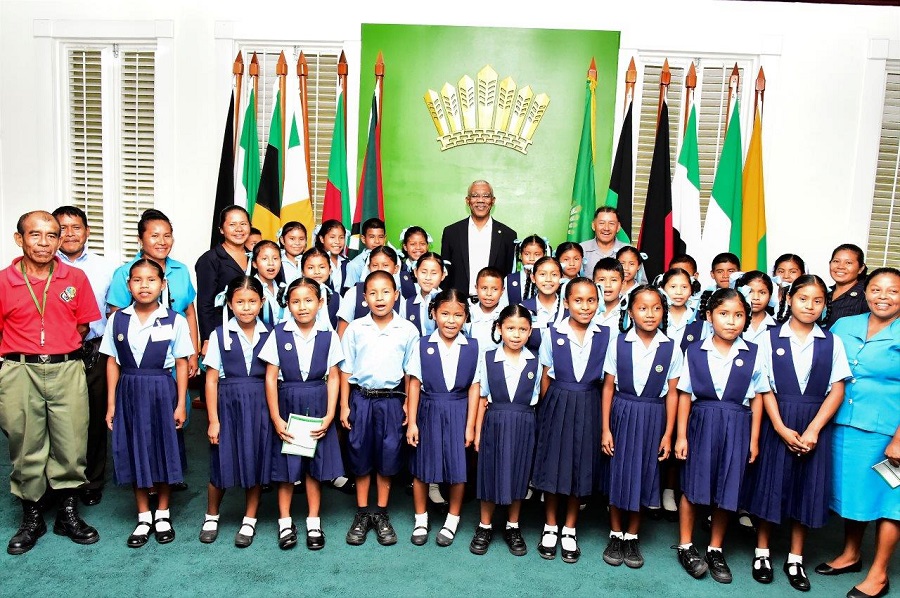 Georgetown, Guyana – (March 23, 2017) President David Granger, on Tuesday, was paid a visit by a group of primary school students from Paruima Village in Upper Mazaruni, Region Seven. The students and their teachers, who were on an educational tour in the City, were accompanied to State House by Minister of Indigenous Peoples’ Affairs, Mr. Sydney Allicock.

President David Granger and Minister of Indigenous Peoples’ Affairs, Mr. Sydney Allicock with the teachers and students of the Paruima Primary School

The students were given a guided tour of the Head of State’s official place residence after which the President presented them with commemorative buttons with the inscription ‘Every child in school’ and specially designed exercise books and pens. 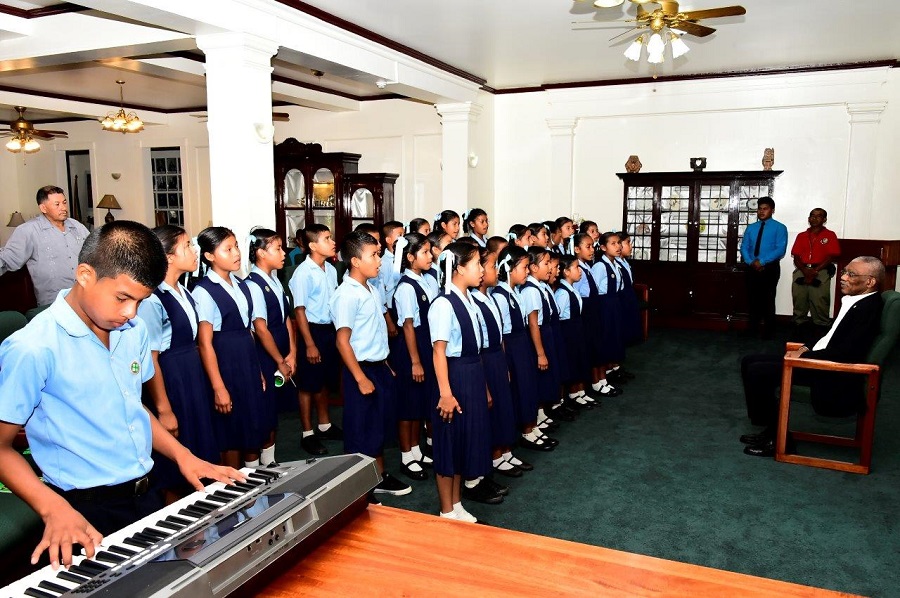 In a show of appreciation, the children performed a song about Paruima Village in their native Arecuna language, which the President thoroughly enjoyed.